Can you trust someone else to scrub the bathtub? 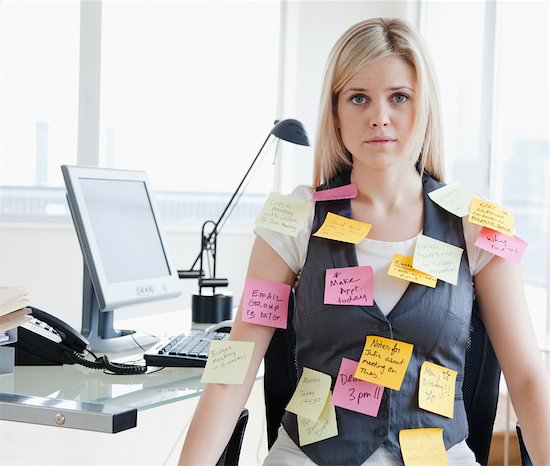 But is a reluctance to hand over the weekly grocery shopping to a mate or friend part of the reason why more and more women are so fatigued at night that they can’t even summon the strength to finally shut off and go to sleep? Is an inability to delegate actually standing in the way of greater personal freedom and happiness for many women?

In a recent column for Time.com, Kristin van Ogtrop, the managing editor of Real Simple, a.k.a. the multitasker’s manual, suggested that women who do it all might want to relax their high standards a bit for the own mental health.

Ogtrop, a self-confessed control freak and mother of three, offered some interesting support for the idea of letting go, sharing the results of a recent survey the magazine commissioned in concert with the U.S. nonprofit the Families and Work Institute.

More than 3,200 women between the ages of 25 and 54 participated in the survey, which revealed a few interesting facts. For one, as Ogtrop notes, the list of things women refuse to delegate to their spouses or partners is increasingly long and includes decorating, grocery shopping, and housecleaning.

For Ogtrop, it’s the reluctance to let go of housecleaning that offers the greatest insight into the curious relationship women have with their personal happiness and their need to do things their way.  “The women in our study named cleaning as their most hated task, and yet nearly half said they would not hire someone else to clean their houses, even if they could afford it,” writes Ogtrop.

What makes this tendency to hold onto even the most hated task with a death grip—which Ogtrop suggests may be a tad masochistic—even more bizarre is the way in which it affects personal happiness. The survey revealed that more than half of the women who did choose to let some of the housecleaning go to their partners reported greater life satisfaction.

“As for those who never delegate to their spouses? Only 43 percent of those women describe themselves as very satisfied,” writes Ogtrop.

So improve your life satisfaction by a few percentage points this week by handing the scrub brush over to someone you love because even a poorly cleaned bathtub is preferable to a nervous breakdown, right?