Too many long-distance charges? Not any more! Stevie Cameron tells you how 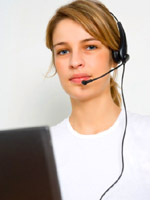 Oh no, i thought last August, when I read Vanity Fair’s profile of Scandinavian uber-geeks Niklas Zennstrom and Janus Friis, the pair who released the free Internet phone service called Skype in 2003. This is going to spoil everything.

It didn’t, of course, but I had hoped Skype would remain my little secret, one I shared with just a few million people. But Vanity Fair went ahead and made it famous. Then, the following month, eBay bought the company for almost $3 billion. Now the whole world knows, and the company claims 75 million registered users.

Skype, if you haven’t signed up yet, lets you use your computer’s Internet connection to talk for free with almost anyone else in the world – as long as they, too, have downloaded the Skype software. You can send pictures, attach a webcam and send text messages. You can add people to a conference call with a click of your mouse. If you want to call someone who doesn’t have a computer, that’s fine, too – you can use the SkypeOut service to call regular phones almost anywhere for two to three cents a minute, which is one of the ways Skype makes money.

I first discovered Skype in May 2005 when my husband and I were living in Jerusalem for several months. Our daughter Amy called us to say she was engaged and wanted to get married in September. I almost flew right home. I knew I couldn’t afford the long-distance calls involved in getting a wedding organized in four months.

Our friends in Jerusalem just laughed. “Stay here. Get Skype.” That’s how they keep in touch with their families all over the world. Trust the Israelis – one of the most developed peoples in the world when it comes to high technology.

So we downloaded Skype, and it changed our lives. I called florists, caterers, the church, musicians, hairdressers, you name it. Amy and I talked every day as long as we wanted. I saved thousands of dollars. We got home a month before the wedding, relaxed and organized.

Technically, Skype’s service is called VoIP or Voice over Internet Protocol. Many other companies are jumping on the bandwagon to offer similar phone services over the Internet, but most involve a monthly fee. Skype works on your existing Internet service. All you have to do is download and install the software (at www.skype. com), and buy a headset or one of the new VoIP phones that use a USB plug to connect. Then you pick a name for yourself and start emailing your friends for their Skype names. Once you have these, you set up a little phone book using the Skype program and start calling.

As far as I can see, Skype’s only real competitor at this stage is a new low-cost service called Jajah (www.jajah.com). I’m on board and love it. Like Skype, it lets you build your own contact list. But unlike Skype, there is no software to download; all you do is go to the website, join, log on and follow simple directions to let Jajah’s computer call you and the person you want to reach. Your phone rings, you pick it up and you hear it ringing the number you typed in. A call I made from Vancouver to Toronto cost less than two cents a minute – about the cost of a SkypeOut call. But most of the Skype calls I make are the free ones.

Today, Skype is still helping me as I commute between Toronto and Vancouver while I work on a book about the murder trial of Robert Pickton. I talk to my husband every day, to my kids as often as they can stand it and – this is the frightening part for phone companies – to friends who have given up their regular land lines and use Skype or cellphones for all of their local and long-distance calls.

The only disadvantage I found was my own fault. I put too much information on my Skype profile. I didn’t block certain types of calls and found myself bombarded by crazed men around the world looking for sexy pen pals. Yikes. I fixed that fast and now I hear only from people I know. Let me amend that: from people I like.