Did you earn six figures when you were in your 20s? Did you own a home? If your answer to both questions is no, then you might want to that to tell your kids. 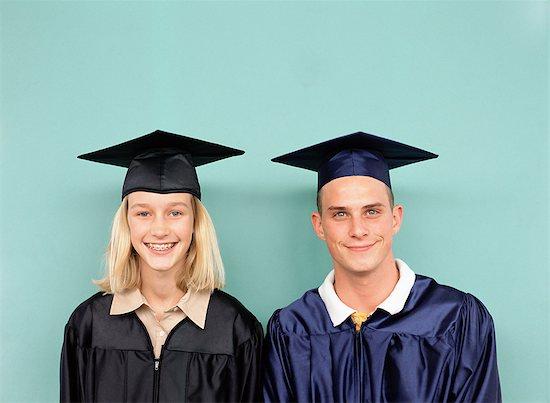 Did you earn six figures when you were in your 20s? Did you own a home? If your answer to both questions is no, then you might want to tell that to your kids. Why? Because according to this new survey by the British Columbia Securities Commission, new high-school graduates need a major reality check about money — and what they can expect from their early working years.

This is so very disturbing to me. How can any young person in this day and age (and economy!) hold such expectations? Do they read the newspaper? And have their parents ever talked to them about money? Do they know what people earn? Or what it takes to afford a home?

When I was in my late 20s, I was far from earning six figures. In fact, I was scraping by at a temp job and looking for full-time work that didn’t involve wearing a nametag. Home ownership was way off — like most people my age, I shared a rented apartment.

The reality is that the average income earned by 25- to 29-year-olds with post-secondary degrees is just $31,648, according to the last census report, which was done in 2006 — two years before the latest recession, which has made prospects look even gloomier for young Canadians. Moreover, Statistics Canada shows that only 42 percent of 25- to 29-year-olds own homes.

It’s worrying that kids are graduating high school without a firm grip on financial reality. And while it’s great that financial education is being introduced in high schools across Canada, I think parents have a huge role to play in talking to their kids about money.

We need to prepare kids for reality by talking openly about what people earn and what things cost. Tell them: what your life was like in your 20s, the impact debt can have on your life and finances, and why your 20s should be about building experiences and learning the ropes of adult life — not just a big paycheque and a house.

Start now, and start early — talk to your kids about money. Otherwise, they could soon get a rude awakening.