Which is cheaper: liquid or bar soap?

You may prefer one over the other, but if you're trying to save a buck or two (it adds up!), here's what money expert Caroline Cakebread says is the go-to choice. 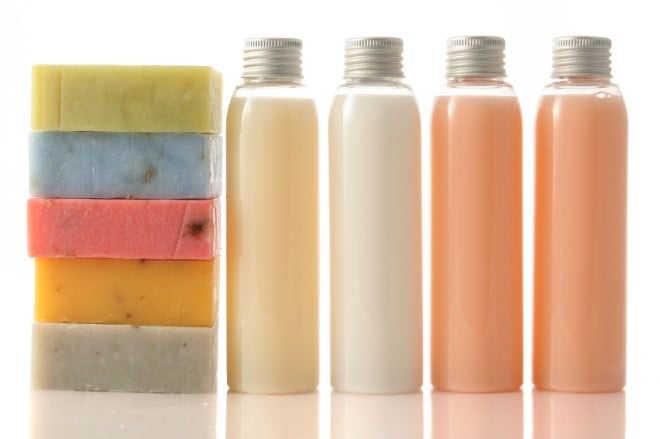 When it comes to getting clean, people seem to prefer the pump to the bar.

According to a 2012 study by Mintel, a Chicago-based research firm, Americans spend more on liquid soap (US$2.7 billion), including shower gels and body wash, than they do on bar soap (US$1.5 billion). I wasn’t able to find Canadian statistics, so I’m interested to know what everyone’s preference is north of the border. Please take a moment to vote in the poll down below.

In my household, we have both types of soaps, though it seems we’re shelling out the most money on the liquid form. When I did a quick scan of the grocery store shelf, I found a 354-ml bottle of Dove Body Wash for $5.49 while a two-pack of 90-gram Dove soap bars were $3.99. While it seems we get more from a bottle, research shows we use way more of it. Research by scienticists at the Swiss Federal Institute of Technology shows we use almost seven times more liquid soap (2.3 g) than bar soap (0.35 g) on a typical trip to the sink.

So wash over wash bars trump liquid soap on cost. But is the cost alone enough to make you give up liquid soap and embrace the bar?

In our house, bar soap doesn’t always fare well. Our kids are four and six and soap bars tend to get mucked up pretty badly in the tub. The other night, our bar of soap got left behind in the water after our kids got out of the bath. When we managed to fish it out, it was a goopy mess and didn’t last much longer.

Then there are those dreaded soap remnants,  the sharp-edged pieces that are next to impossible to lather up, which we just end up throwing in the garbage.

At the end of the day, however, I still like the bar soap best. Cost is a factor and, when the kids aren’t involved, it definitely lasts longer. It also makes less garbage — since I never remember to buy the refill pack, liquid soap containers just tend to get tossed out, which seems like a huge waste.