Our brains are naturally inclined to think we’re doing more work than everyone else, and it stresses us out. 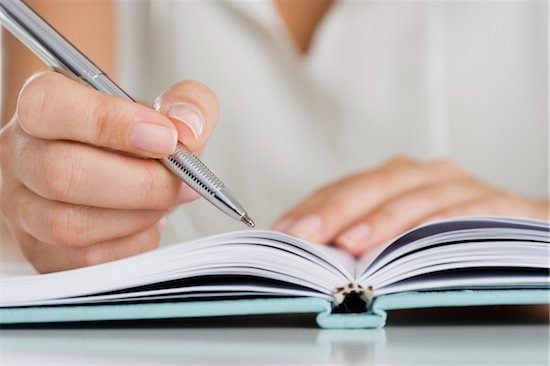 In her 2015 book, I Know How She Does It, author Laura Vanderkam explores the myths surrounding modern working moms in a way that seems so simple you wonder why no one thought of it before — she asked them.

These myths—that working mothers can’t “have it all” or must somehow sacrifice things that are important to them — are persistent. So Vanderkam and an assistant asked 143 women who earn more than $100,000 annually and have at least one child at home to keep a half-hour-by-hour log of everything they did in a week. The result? “Their lives didn’t look that bad,” she writes. Instead of working 80 hours a week (as many claimed to do), the respondents actually worked a much more reasonable 50-60 hours a week. And they still found time to tuck their kids in at night, read chapters of Little House on the Prairie and attend soccer games.

It turns out this finding isn’t all that uncommon. It’s normal to feel like you’re doing everything all the time and everyone else is doing less. It’s called “overclaiming” and it’s something we all do. Our brains, it seems, are not very good at estimating our own contributions versus those of others. We’re biased to believe we’re working harder and contributing more than we really are.

The man who coined the phrase “overclaiming” is Nicholas Epley, a professor of behavioral studies at University of Chicago’s Booth School of Business. In 2006, he put the idea to the test by asking authors of psychology journal articles how much of the workload they felt they had themselves done on finished articles they’d published with others. The ultimate total: 140%. A later study of MBA students found that the individual amount of credit that people claimed for group projects added up to an average of 130%. We tend to overestimate our contributions to a whole and underestimate the contributions of others.

In another study from the University of Waterloo, married couples were asked to rate their contributions to a series of activities. (Picture your parents — this study is from 1979). Interestingly, the researchers found that both partners were just as likely to overclaim their contributions to positive activities, like vacuuming the rugs, as to negative activities, like picking fights. It seems that regardless of glory, we have a general bias to believe we’re doing more than our share.

Vanderkam specifically addresses this in her book, writing that “certain moments turn into stories that then develop their own power as they get repeated.” In telling others about ourselves, says Vanderkam, “we often focus on the crazy moments, or the difficult moments, which makes sense. They’re darkly entertaining.” It’s more fun to tell someone that you’re having a bananas week at work than to admit you fell asleep watching The Lego Movie last night.

So how do we defeat our own overclaiming bias? There are a couple of options. First, we could all try keeping a weekly log, just as Vanderkam did. “The act of observing something changes the thing being observed,” writes Vanderkam, who’s also the author of 168 Hours: You Have More Time Than You Think and What The Most Successful People Do Before Breakfast. “I don’t always read to my kids as much as I would like, but when I record my time, I’m more diligent about it.” And if we’re more diligent about it, it’s more likely that we’ll remember it.

Meanwhile, Nicholas Epley suggests a similar exercise when rating the contributions of others: Just pay attention to them. “Unlike lots of afflictions that you can’t do anything about, you can overcome this with just a little bit of attention paid to everyone else,” he told New York’s Science of Us. And we can all practice bragging about other things besides work for a change — like how many times we’ve read Little House on the Prairie to our kids.

This article was originally published in Canadian Business.