Six debt-free ways to get away for March Break

Need a vacation, but short on cash? Check out this list of ways to hit the road without breaking the bank. 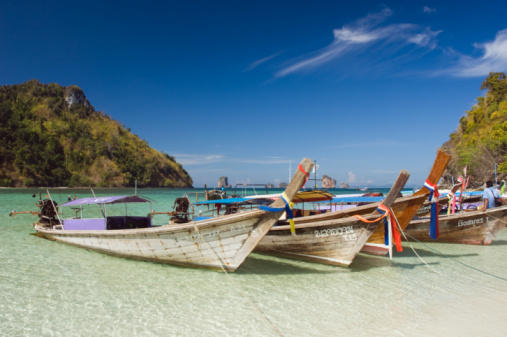 I’m the first to admit that I don’t suffer winter gladly. Sounds like you too? If you’re itching to put your March Break time to good use and get away with the kids, there’s still time to make it happen. And don’t assume you’ll be stuck paying top dollar. There are lots of ways to get out of town and save cash.

1. Do your homework: Simply by spending time online and trolling the deals, you’ll often find ways to slash spending. Visit discount travel sites such as Hotwire, Priceline, itravel2000 or even Expedia to find cheaper hotels, flights and car rentals than what is typically listed. Don’t forget to compare deals — some are better than others.

2. Sign up for savings: Sometimes it pays to have deals come looking for you. For instance, if you sign up with Travelzoo, which publishes stellar vacation and entertainment deals, expect to receive a weekly e-newsletter that lists its top-20 deals in Canada and around the world. Check out its Canadian spring break page geared toward travel this month.

3. Use your points: After many complaints over the years from disgruntled clients claiming they could never use their frequent-flyer points, many organizations are now nixing blackout dates. There are even other transit options if flying isn’t in the cards. For instance, VIA Rail offers points if you feel like riding the rails with kids in tow.

4. Take the red-eye: Looking for the best flight deals? Opt for the overnighters, especially if you’re travelling with small children who tend to fall asleep after takeoff.

5. Drive: Even with higher gas prices, you can’t beat driving for cutting vacation costs if you’re travelling with the whole family. Find inexpensive hotels along the way (reserve online in advance for the best savings) and stock the car with audio books and CDs you picked up from the library for free.

6. Take it outside: Of a major city, that is. Springing for a hotel in the middle of New York, Chicago, Toronto or Vancouver can be hard on the wallet. Instead, drive to a bedroom community outside the city and take the commuter train in the next day. You’ll spend much less on your hotel and most children love taking the train anyway. Last March break, I threw the kids in the car and introduced them to New York this way. By staying in Poughkeepsie, NY, I paid less than $500 for the trip — all in. (Kids ride the commuter rail for a dollar when with an adult.) It was a much cheaper option than shelling out at least $3,000 for flights and central digs in the Big Apple…and just as fun.

Kira Vermond is a freelance writer and author of Chatelaine’s own Earn, Spend, Save: The savvy guide to a richer, smarter, debt-free life (Wiley, 2010). You can also listen to her career and money advice on CBC Radio weekday mornings across Canada.