Emma’s ex-husband gave their two twenty-something sons a $30,000 down payment. She thinks that was a big mistake 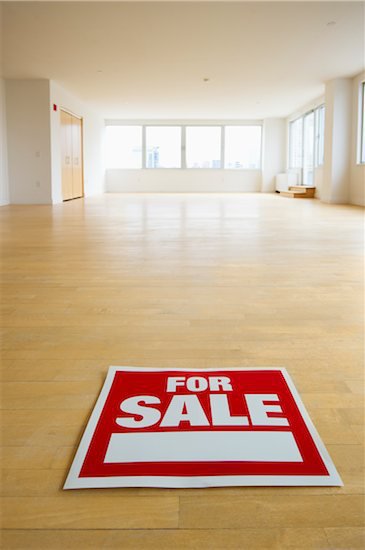 Four years ago, at the age of 24, Jonas Knight decided to buy his first house. Prices had been shooting up in his home town of Maple Ridge, a suburb of Vancouver, and he felt that if he didn’t get in the market soon, he never would. Problem was, like many young Canadians, he couldn’t afford even a basic starter home.

To help ease the burden, his brother Derek, 21, agreed to go halfers (we’ve changed their names to protect their privacy). Derek would own half the house and pay half the mortgage, and Jonas would live in it and rent part of it out to friends. But even then, they didn’t have enough to make the down payment on the $420,000 wood-frame house they were eyeing. So they turned to mom and dad. The brothers made separate pleas to their parents, who are divorced. Their dad, Russell, said yes, agreeing to give them $15,000 each for the down payment. Their mom, Emma, said no.

Which parent did the right thing? It’s a question I just can’t get out of my head—perhaps because my husband and I recently purchased our second home and I’m eight months pregnant. I know how tough it is for young home buyers, and 20 or 30 years from now, when my son buys his first home, I could face the same request. To help me make up my mind, I decided to research the arguments for and against helping your kids buy their first home.

Your kids have it tougher
Quite quickly I came across the most compelling argument in favour of helping your kids: Houses are much less affordable now than they were when you bought your first home. Canadian households earn $35,000 more today than a generation ago. But that’s before you factor in the rising cost of living, known as inflation. Once you do, you find that the typical Canadian household makes about the same as in 1980.

But home prices sure aren’t the same as they were back then. Even after accounting for inflation, the average Canadian home now costs dramatically more than in 1980. If you were looking to buy an average-priced Canadian home back then and you earned an average income, you would have to save every penny you made for 1.9 years to completely pay it off. But if you earned an average income today and wanted to buy the same home, you’d have to save for 4.4 years.

Mixing family and money
At this point I was pretty convinced: only cold-hearted parents would refuse to help out their kids. But then I talked to Karin Mizgala, CEO of MoneyCoaches Canada, a national network of fee-only financial professionals.

She told me there are strong reasons not to help an adult child get into the property market. “If money weren’t an object and life were perfect, I’d say don’t do it,” says Mizgala. “Mixing family and money has the potential for disastrous family dynamics.” She warns that setting up a “parental bank” could create a sense of entitlement and expectation. “This can be very dangerous to a child’s financial and overall maturity.”

Still, she did suggest a compromise: Instead of giving your kids the money, you could loan it to them. “But you have to write a formal agreement and put everything in writing,” says Mizgala. “That way your expectations are clear, your child doesn’t feel beholden to you, and they continue to develop their own sense of independence.”

Tied to the home
There’s one more argument against giving your kids the money, and this one I learned from Emma. You’ll recall that she refused to give her two sons Jonas and Derek any money for their down payment. And she’s still not sure her ex-husband did the right thing by giving them the money. You see, since buying the house, her sons, who run their own construction business, have run into some hard times. To help them make their mortgage payments, Emma and her new husband have hired them on at their standard rate to do home renovations for them.

Emma sees her sons, both not yet 30, stressing out about making their payments and she can’t help wondering if they were too young to buy a home. “Their mortgage is like a ball and chain,” she says. They can’t travel, change professions, or even save for another big purchase.

Mizgala agrees this can be a problem. By jump-starting your kids into home ownership, you may not be doing them a favour. “Check your own motives for helping,” Mizgala says. “We live in a culture where not owning draws criticism and judgment. That kind of guilt can play on a parent.” Asking your kids to spend a few years saving up a bigger down payment before they buy helps to ensure they’ll be ready for the responsibility of home ownership when they do.

After considering both Mizgala’s arguments and the genuine struggle that young people have to go through to buy, my husband and I have decided that when the time comes, we will help our boy—but we’ll loan him the money at prime, not give it to him. We believe that by structuring our financial contribution as a low-interest family mortgage, and not as a gift, we’ll help him stay fiscally responsible. And that’s a lesson that will keep on giving, even after his starter home has come and gone.

Home insurance: Defending your castle
Do youth know how to save? Did you ever teach them?
Free appraisal is worth every penny