When the Facebook COO released her book, Lean In, it was met with a flurry of criticism and over-the-top accusations. Why so much hate? Caroline Cakebread offers one interesting theory. 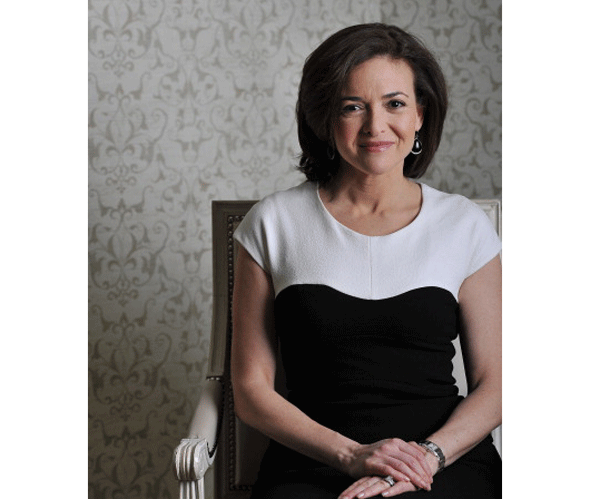 When Facebook COO Sheryl Sandberg released her book, Lean In, last month, the backlash was immediate – and it surprised a lot of people. Sandberg’s book is built around advice for women seeking to succeed in the workforce and it’s based on her own experience as a woman balancing career and family. Her book contains advice and tips on how to ask for a raise, how to stop people pleasing and how to begin to build the career you want. All good information, but she drew fire from critics who felt that her advice was out of touch with the reality that most women face.

As a wealthy CEO, how can Sandberg understand the fact that most of us still have to get the job done with a fraction of the support and resources she has at her fingertips? For a lot of women today, work is about putting dinner on the table and making sure the bills are paid. It doesn’t leave a lot of time to lean in.

Many attributed the backlash to gender politics and sexism. American economist Paul Krugman decried the criticism of Sandberg as evidence that we aren’t ready to handle women in leadership roles. Others suggest that we’re more open to like powerful men than women – and that Sandberg is inherently unlikable because she has risen to a position of power.

To me the main backlash to Sandberg boils down one key thing: money. As the income disparity between rich and poor grows into a chasm (20 percent of the richest Americans own 72 percent of the nation’s wealth according to Forbes.com) and as most of us remain on a wage treadmill in Canada (where wages aren’t even keeping up with inflation according to Statistics Canada) it’s hard to listen to a book about privileged women helping other privileged women.

But while the income gap is a big part of the resistance to Sandberg’s message I think it misses the main point: women are saying loud and clear that they don’t hate Sandberg’s message – they’d just like some different perspectives, not just a privileged one. Clearly, we need more female voices out there sharing their ideas and thoughts on how to help women in the workplace, to gain pay equality and to discuss how to get more women into positions of power. The problem here isn’t Sandberg – it’s the dearth of other voices with a similar message getting mainstream coverage.

Sandberg has started a conversation and we need to keep it going by broadening it out across different women from different strata. Here’s to keeping that discussion going.

What do you think of the Sandberg backlash? Do you agree or disagree with her critics? Please share your comments below.