5 easy ways to get out of debt — for good

Repeat after me: 2017 is the year I get my finances in order. Step one? Create a plan to tackle any outstanding debt. 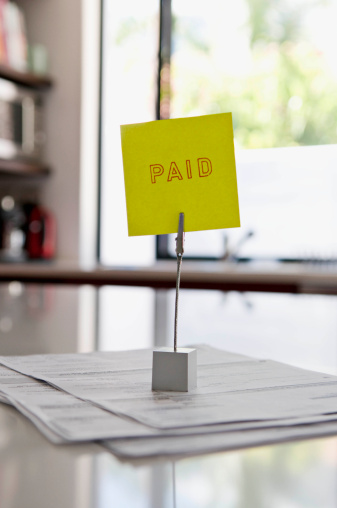 Ah, January — time to toss the tree, put away the decorations and focus on those new year’s resolutions. That is until the bills flow in and drag you back to reality by reminding you of that frenzied last-minute trip to the mall and all those holiday drinks.

It’s kind of like the morning after an eggnog-fueled Christmas party — except you can’t get rid of it with a good breakfast and coffee! If you’re starting off 2017 with a debt hangover, you’re not alone. According to a recent report released by Transunion, Canadians are continuing to pile on the debt. The report shows that the average consumer debt load rose by 2.3% last fall compared to the year before, and that the average Canadian now owes $21,686.

If you’re in need of some financial TLC and a plan for getting rid of debt, here are a few things you can do to get you started:

Hiding your bills until February is a bad idea. Open them up, put them on your desk and tally up exactly how much you owe. While it’s tempting to put off looking at them until later, missing a payment will only end up costing you more in late fees.

What interest rate are you paying on your credit card? 18 percent or 19 percent? Make sure you clear debt from high interest rate cards because the higher rates make it harder and more costly for you to carry it. Think about consolidating your debt through a loan with a lower interest rate. Your bank might be able to help you out.

It’s tempting to tick along by making minimum payments on your debt until you feel a bit richer. The thing is, that day might never come and in the meantime, you’re making your debt problem worse by paying all that interest. Take an honest look at your bills — and your monthly cash flow — and put as much money as possible towards your debt payments. If that means cutting back on nights out or bringing your own coffee and lunch to work, then do it.

When the bills are piling up and you’re feeling financially on the edge, take a mental picture of what this feels like. Keep it close throughout the year as you resist the temptation to buy more stuff that you can’t pay for.

It’s hard not to beat yourself up for racking up debt but stay positive. Get help with a financial plan and with paying off your debt (think about hiring an advisor or seeking help from a credit counselor). Or make a commitment to save part of your paycheque every month and start saving your money — instead of just spending it.

More:
5 awesome tools to help you get organized in 2017
9 ways to save money this January (and pay off that credit card bill)
10 pieces of personal finance wisdom we owe to Gail Vaz-Oxlade