How to boost your income

A raise at work probably isn’t in the cards right now, but here are six creative ways you can still make some extra cash 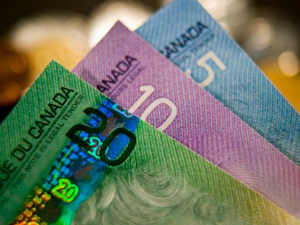 1. Become a mystery shopper
Usually contracted by a third party, mystery shoppers visit restaurants, hotels and stores disguised as regular customers and then report back on the quality of service they received. How much you make varies, says Debbie Nordstrom, the director of program delivery for Calgary-based Service Intelligence. “It depends on the shoppers’ flexibility, how far they are willing to drive and how much work there is in their area.” Mystery shoppers make a flat rate per job (usually between $10 and $60), and Nordstrom says some of her dedicated employees pull in $1,000 a month. It’s also a job that’s always hiring: After applying through the company’s website, 600 new shoppers were employed across Canada in February alone. “We always need new shoppers, because we can’t keep sending in the same ones,” Nordstrom explains.

2. Sell old stuff online…
Garage-sale season lasts only a few months, but cyber-shops, such as eBay or Amazon’s Marketplace, can be a source of income any time of the year. Your kids’ well-loved stuffed animals won’t fetch much, but clothes, shoes and handbags are all good bets. Unless they’re rare, CDs, DVDs and books aren’t likely to net more than $20 an item; however, vintage clothing and accessories can make you hundreds. Furniture and hard-to-ship items are best sold on craigslist or other regional listings, so buyers can pick them up. When describing your items, be specific and include pictures. Customers won’t appreciate any surprises, and negative feedback hurts your prospects of future sales.

3. …Or make new stuff to sell
Crafty types can supplement their incomes using an online marketplace, such as Etsy, to sell their handmade clothing, jewellery, ceramics or other wares. Unlike eBay, which auctions items, Etsy lets sellers set the price of their products. It costs about 25 cents to list a single item for four months and when it sells, Etsy gets 3.5 percent of the price. That’s not too shabby, given how many browsers visit Etsy every month. This past February, the site recorded over 400 million page views and sold US$10.2 million worth of merchandise.

4. Call Avon
Though many businesses have moved online, sales representatives from companies including Avon, The Pampered Chef and Mary Kay still sell to customers directly from a catalogue of products. Income is based on commission: Avon ladies (and gentlemen) earn between 10 and 50 percent of their total sales. “The reward is completely related to the effort,” says an Avon spokesperson, Roberta Lacey. Flexibility is one advantage, says Valerie Harmer, a 12-year veteran of direct sales from Oakville, Ont. She also appreciates the job security. “Right now, it makes sense to take on an at-home business. You’re not going to lay yourself off.” The road to becoming an Avon lady isn’t hard. Starting a business costs $20, which covers online training and catalogues, and you don’t pay for your first order until you collect from your customers. According to Lacey, “Avon extends credit to more than five million women worldwide.”

5. Rent your space
Unused space can be a terrific money-maker. A perenni-
ally empty parking space, particularly one near a busy downtown core or a post-secondary institution, can easily bring in $150 a month – just be sure to check that your home insurance policy covers this type of use. Another option is renting out a room in your house. Find out what the going rate in your region is, consider the ways that a lodger can affect your home life, and take precautions such as asking for letters of reference before letting a stranger move in. You’re trying to make money here; you don’t want to have to spend it replacing an entire living room’s worth of stolen goods. If you own a cottage, renting it for a few weeks each summer can make you thousands: Cottages in British Columbia’s Shuswap Lake region, for example, typically run between $1,000 and $2,500 a week during peak season.

6. Get “home shored”
As a local counterpart to outsourced tech support, many Canadian companies are now looking to “home shore” employees for their call centres. This can mean taking phone orders, offering customer service or tech support, or cold-calling potential customers from your living room. You can find work on big job boards such as Monster and Work­opolis, but watch out for scams: They’re the ones asking for preposterous start-up fees. All you should need is a computer with an internet connection and a phone; the company will set up remote access to its databases and you can take on shifts to fit your schedule.