Helen Pak followed her heart and switched careers from award-winning architect to advertising exec. She's one of the masterminds behind Dove's amazing advertisements. 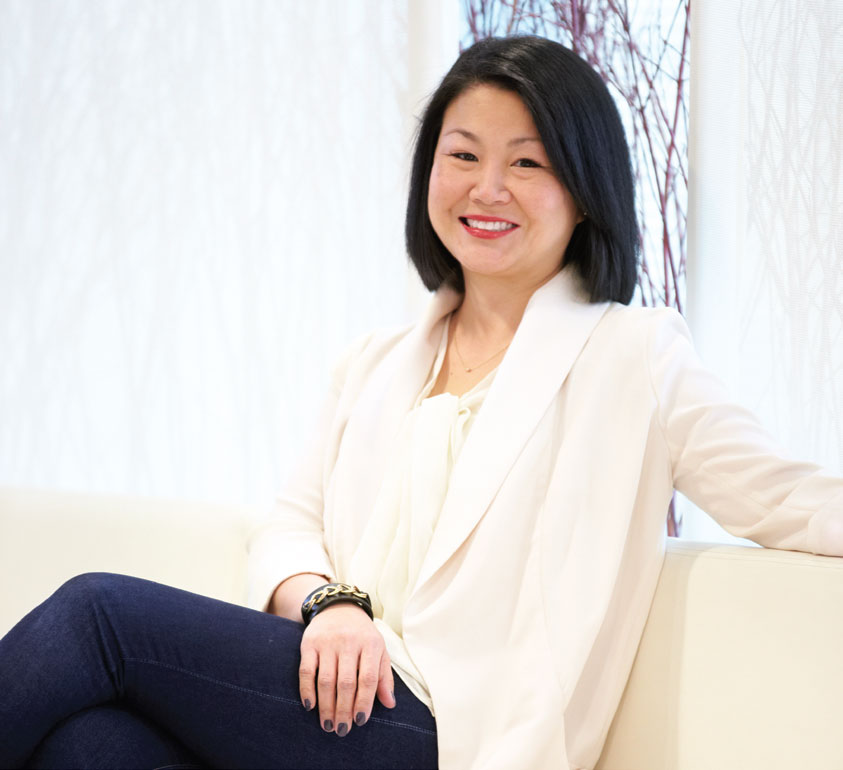 Training: Bachelor of architecture from the University of Toronto

Q: How did you get your start in advertising?

A: It was pure luck. I was a practising architect but found I was really entertained by commercials. Maybe it’s because my attention span is so short! But I thought, “You know what? I could do this!” I met with the founder of an advertising agency and luckily it turned out he had wanted to become an architect when he was younger, so we had a connection. He was pitching a big advertising client and he said if he got the account, he’d hire me. And a couple of weeks later he called!

Q: Was it hard making the jump to a new industry?

A: I had no formal training and I found the technical aspects hard. I had to do these layouts on a computer and do art direction, and I had no idea what that meant. No idea. So there was a little bit of fancy footwork at the time. But I was able to manage, because what it really comes down to is being able to come up with ideas.

Q: What do you love about your job?

A: So many things! But most of all I love being stimulated all the time. It’s one of those rare jobs where every single day you get to meet someone amazing and new and inspiring. We work with some of the very best creative thinkers: filmmakers, editors, animation companies and graphic designers. . . . It keeps everything exciting.

Q: What would you change about your job?

A: That’s tricky. I wish I could have more hours in the day for that whole work-life balance thing. I saw an article in Forbes recently where they were talking about work-life blend, and I think that’s more realistic. It’s no longer a balance; everything just kind of blends into everything else.

Q: Do you work to live or live to work?

A: I’m one of those people who find it hard to switch off. Maybe it’s the immigrant work ethic — my mom used to work from 5 a.m. until midnight — but I do make a conscious effort to set aside ample time for my daughter, who’s seven, because I don’t want to be that parent who wakes up one day and regrets not being there. But the thing is, with creativity, you never really shut it down. The challenge is just making sure it doesn’t become the only part of your life.

Q: What personality traits do you need in your job?

A: A thick skin. You have to take rejection, because you hear no all the time. You need courage to propose things that have never been done before. And just an endless amount of curiosity: to say, what if?

Q: How do you unwind at the end of the day?

A: Seeing my daughter. No matter how stressful or how crazy the day has been, whether things are in turmoil or whatever, getting a seven-year-old’s perspective on her own day is a huge stress reliever.