Four frugal habits of the rich and famous

Surprisingly, some A-listers live more modestly than you'd think. Take your cue from the glitterati and develop these money-pinching habits as well. 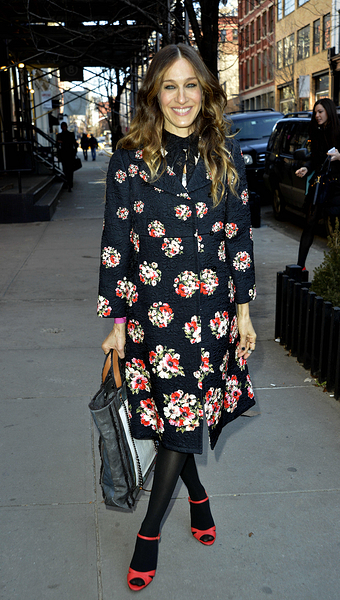 When you think of the upper echelon of society, images of fancy cars, mansions and private jets to exotic destinations come to mind. Though the rich may indulge once in a while, some of the world’s millionaires are actually quite frugal with their hard-earned cash and still value the motto: a penny saved is a penny earned. No matter the size of your pocket book, healthy-saving habits apply to all. Here’s how some privileged people still live the simple life — and why you should follow their lead.

If you don’t already know what the special-of-the-day is at your grocery store, then you’re behind the curve of celebs such as Hilary Swank, Kristen Bell and Lady Gaga who make it a point to cut coupons and look for deals. In a 2010 interview on Live! with Regis & Kelly, Swank said: “When you open up the paper and you see those coupons, it looks like dollar bills staring you in the face. . . . It’s how I grew up. Why not?” We hear that! Make it a habit to do your research ahead of time, so you never have to pay full price. Overtime, you will save bundles.

You would think that Hollywood celebs wouldn’t be caught wearing the same outfit twice — and that goes for their kids too. But high-profile moms such as Sarah Jessica Parker, Jessica Alba and Angelina Jolie don’t spoil their kids to indulge in new outfits all the time. Their kids wear hand-me-downs, too. In an interview with Parade magazine, actress Sarah Jessica Parker said: “[My son] only wears hand-me-downs because I’ve got all these older nephews. Plus, my mother saved all my brothers’ clothes. I am not kidding. I don’t think I’ve ever bought him any clothes. Maybe a new winter coat. I do buy him shoes, because everybody’s feet are different.” So remember: if the clothes ain’t tearin’ why not wear it.

3. Lives in a modest home

It would be tempting to upgrade to a bigger house if you became a billionaire — who would blame you? Kudos to billionaire Warren Buffet for still living in the same Omaha estate he bought in 1958 — for a sum of US$31,500. On his perspective of living in luxury, the business magnate and famed investor has said: “Success is really doing what you love and doing it well. It’s as simple as that. Really getting to do what you love to do everyday — that’s really the ultimate luxury…your standard of living is not equal to your cost of living.” It’s a good reminder of what really matters — instead of thinking of the next big purchase, save your bucks and figure out what really makes you happy.

How do the rich stay rich? Comedian and Tonight Show host Jay Leno keeps his wealth by spending little and saving lots. The TV veteran has racked up some serious coin over the last 20 years, but hasn’t spent a dime of it. He has said of his earnings: “[When I was a kid], I worked at a Ford dealership and at a McDonald’s. I’d spend the money from one job and save the money from the other. That’s still the way I am now. I live on the money I make as a comedian, and I put all the TV money in the bank. I’ve never spent a dime of TV money—ever.” While some of us may not have an extra paycheque to put into the bank account, we can still appreciate his unwavering savings plan. The take away: make it a habit to put a portion of your pay into your savings and keep it there.

Outsmart marketing ploys and save money on toilet paper

Which is better: generic or name-brand products?