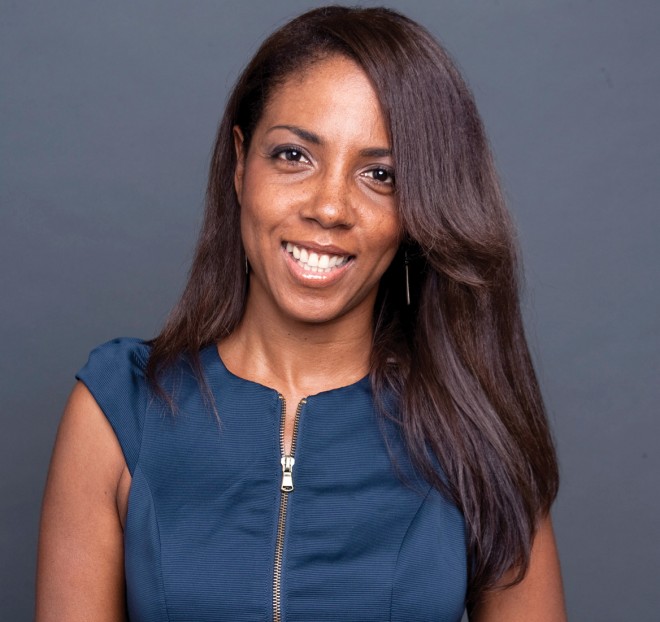 Q: How did you come up with the idea for Honey Jam?
A: In 1995, I was running a mentoring program for young black women. Some girls told me their little brothers were listening to the misogynist lyrics of gangsta rap and calling them “bitches.” I’ve always felt that if you see a problem, you need to ask yourself what you can do about it. An editor of a Toronto music magazine heard me talking about these issues on a radio show one day and asked me to guest-edit an all-female edition. I threw a wrap party after, and some of the artists featured came out to perform. We called it Honey Jam. People kept asking me when the next one would be, so I started PhemPhat Entertainment, and it became an annual event in Toronto.

Q: You use music to send a message. Why?
A: I grew up around music. My brother and father both play guitar, and I studied classical piano as a child (by the time I was six, I could play Mozart’s piano concertos). Music has such a powerful impact on the world — it moves and inspires people in so many ways.

Q: You’ve had thousands of women try out over the years. Who is your best-known discovery to date?
A: Nelly Furtado became a household name after she performed at Honey Jam in 1997, and it changed everything for us. Today, we have sponsors like Slaight Music, and Universal sends representatives as judges and to view the talent. Other labels and scouting agencies also send reps. Our goal is to provide artists with opportunities for showcasing, networking and mentoring.

Q: You were a legal secretary for over 15 years while running PhemPhat. How did you balance both jobs?
A: I come from the school of Malcolm X: Do what you need to do by any means necessary. I would get up at 5 a.m. every day to work on the show before my other job started; then I’d work evenings and weekends. Two years ago, I became ‘recession roadkill’ and I completely panicked. But the timing was right. Now, I have about 30 volunteers who help out on the day of the event, and I run all of the day-to-day operations at Honey Jam — from meeting with high-profile sponsors like TD Canada Trust to cleaning up and sweeping the floors after the shows.

Q: Your list of duties must be a mile long! What’s the best part of running Honey Jam?
A: I love telling artists that they’ve made it into the show. One girl was working out at her gym when I called, and she fell off the treadmill. I’ve always felt like the proud mama bear with all of the girls — I am in awe of their talent.

Q: Honey Jam has come a long way. What are your hopes and dreams for its future?
A: I dream of holding auditions for Honey Jam in other provinces and hosting events in new cities. Plus, I’d like it to be on television and have a nationwide tour!

Q: What’s your advice to young artists?
A: Know who you are. People respond to authenticity. It’s important to have integrity and to not allow yourself to be marketed as someone that you’re not.