Chilton has a new book out -- The Wealthy Barber Returns. More than any other book I’ve seen about money, this is focused on keeping you out of spending traps that can cripple you financially and become a barrier to saving (a big topic on this blog!). 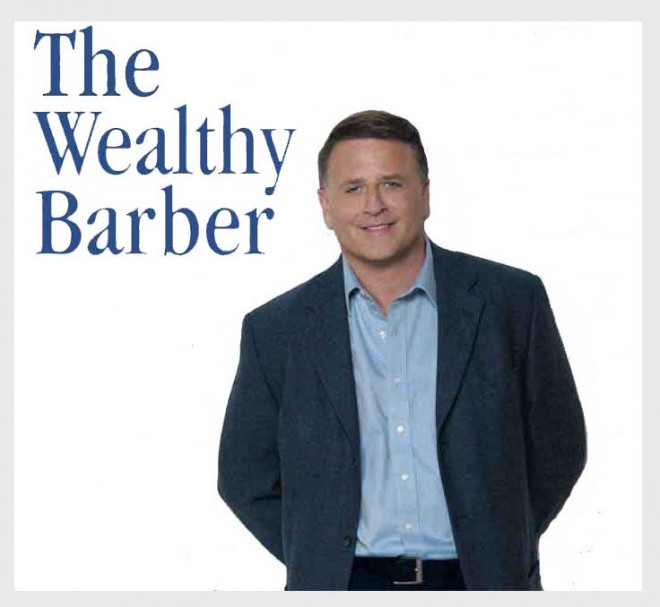 Have you read The Wealthy Barber by Dave Chilton? Back in the early 1990s it was the big personal finance read at the bookstore where I worked in my early 20s. I probably sold as many copies of that every week as I did of Chicken Soup for the Soul (remember that one?). I did not read Chilton’s book back then, although I wish I had — I would have learned that saving is actually easy and simple to do, and that you don’t have to have a million dollars to begin investing.

Chilton has a new book out — The Wealthy Barber Returns. More than any other book I’ve seen about money, this is focused on keeping you out of spending traps that can cripple you financially and become a barrier to saving (a big topic on this blog!). I had the chance to interview Chilton yesterday as he stayed home avoiding airports (a possible Air Canada strike was looming). We talked about women and finance and why people have to relearn four key words: “I can’t afford it.”

Q: I think women have specific challenges when it comes to personal finance. What advice do you have for them?

A: Stop marrying men — that is the key. Women get a raw deal in almost every marriage.  My father says he’s never met a woman in his life who hasn’t married down. I think he might be right. Seriously though, I think it’s tougher for women because they make less money on average (often unfairly so) and they live longer. That combination, on top of child-rearing responsibilities, makes it harder for them financially. These challenges mean that they have to control their spending more.

Q: What’s the main thing we as parents should be teaching our kids about money?

A: The best piece of advice to give kids starting out is always save between 10 and 15 per cent of your money every month. I find that when parents do a good job of teaching that early, then kids already have a vested interest in learning about the rest on their own. They tend to do the right things.

Saving is everything. You can talk about debt levels around the world and stock picking — none of it matters if you don’t save in the first place.

I also talked to my own kids about materialism when they were growing up. I taught them that people who are less stuff-oriented are happier. Today, my twenty-two-year-old son never asks for money. He’s not a spender. It’s natural for my kids.

Q: You say saving is everything, but it’s really hard for people to do. How should they be saving their money?

A: The most obvious way to save is to pay yourself first by setting up pre-authorized payments into a savings account. There are other ways too — I’m seeing people only carry one credit card with them with a low limit. I’m also seeing more and more people head back to cash. They go to the bank on Monday and take out what they need for the week, and that’s all they take.

We always talk about the evils of credit cards. But when you deal with people in their 20s and 30s, ATM cards are just as bad. Today, we can get at our money anywhere and at any time. Few people have the restraint to avoid it. And when you pay with a debit card, it comes right out of your bank account: you don’t see it going out and you don’t feel the pain when you hand over the money. 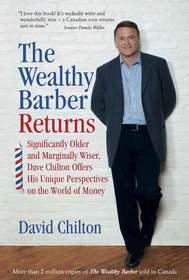 Q: In the book you have a chapter called “Choose Your Friends Wisely.” Why is peer pressure more of an issue these days when it comes to debt levels.

A: I quoted Juliet Schor in the book: she wrote The Overspent American. Her research says that the cause of our spending problems is that we are hanging around with far more people than we did in the old days. In the past, almost all of our friendships started and stayed in the neighbourhood we lived in. Because homes in that neighbourhood were similarly priced, we tended to have similar incomes as our friends and neighbours.

Today, however, friendships are founded everywhere — in kids’ sporting fields, online, at work. We’re exposed to a much wider variety of people with different incomes, including more affluent people who make more money then we do. This drags us up to our spending levels because we see what doing with pricey cottages and dinners out. Schor says you have to tame that by only hanging out with people with similar incomes.

But with all due respect, that’s crazy advice. You’re not going to limit friendships to income levels — it’s not going to happen. Instead, you have to develop other systems of restraint. You have to learn to say “I can’t afford it”.  I’m 49 and when I was in my early 20s people always said that — can you go for dinner? “No, I can’t afford it.” You almost never hear that now. It’s something that has to come back. Because when you’re asked to do things you can’t afford by other people who have more money or have less discipline than you do, you have to say you can’t afford to.