Zoe Whittall writes about what happens when 'nice guys' rape

In her nuanced new novel, The Best Kind of People, a celebrated teacher and father is accused of sexual assault, leaving his family to deal with the complicated truth about the man they love . 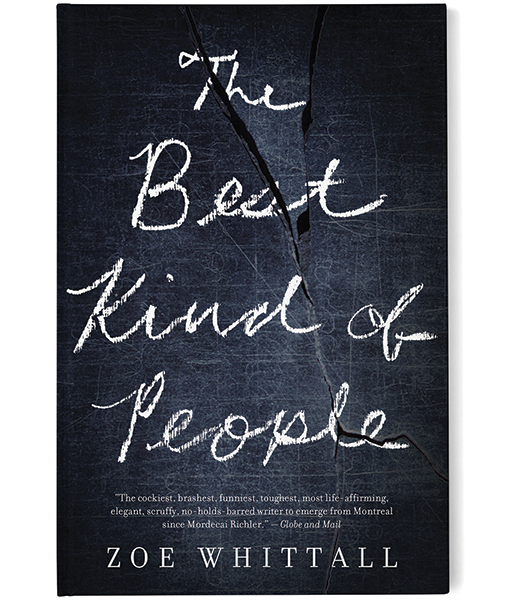 In WASPy small-town Connecticut, George Woodbury is a bona fide hero. Ten years ago, at the local prep school where he teaches science and mentors students, he tackled a gunman roaming the halls and rescued the children, including his daughter, Sadie. Ever since, the father and respected scion of a prominent family has been unanimously voted “Teacher of the Year.”

George’s decade-old heroics open Zoe Whittall’s assured and compelling new novel, The Best Kind of People, but the action then pivots to a current-day confrontation. Two detectives arrive with a warrant and handcuffs at George’s home late one Sunday night. Several girls at his school have accused him of rape, and he is swiftly arrested and imprisoned.

Though his crimes are central to the story, from that point on, George becomes a minor character. Instead, Whittall narrows in on Sadie, now a high school senior, George’s wife, Joan, a trauma nurse, and their son, Andrew, a lawyer who lives in New York with his boyfriend. Furious, grieving and shattered, the three of them are also bound to George through love and history. Over the course of a year, while George awaits trial, Joan and the children grapple with their feelings of loyalty and betrayal. It’s impossible to accept that George is guilty — “There were no signs,” Joan tells her sister. “He didn’t act like a pervert” — but, given the evidence, it’s just as difficult to convince themselves that he is innocent.

More: Men who intervened in Stanford sex assault show we can all be heroes

Whittall, an award-winning Toronto author (Holding Still for as Long as Possible) and TV writer (Degrassi), doesn’t dwell on the details of George’s crime. She’s far more interested in examining the culture that creates and sustains sexual violence, like the persistent myth that “nice guys” can’t be rapists. She’s a sensitive observer of how these sorts of high-profile cases play out, creating vivid scenes of a resentment-fuelled meeting of men’s-rights activists; a tragic gathering of wives of criminal offenders; a gossipy, slut-shaming crucible of a high school party. Sadie, a schoolmate of her dad’s accusers, feels particularly deftly rendered. Like all teenage girls, she is alternately defiant and vulnerable, wishing she could get over the “awkward in-between feeling” of “being ugly in the body that is probably the most beautiful [she] will ever have.”

While delving into such charged subject matter, Whittall sidesteps easy conclusions about sex, power and consent. Andrew, who seduced a 25-year-old teacher when he was 17, debates Sadie about whether the girls may have actually wanted to have sex with George. Not every situation is black and white, he says. “I think men always think that,” she shoots back. But Sadie herself harbours sexual fantasies about her boyfriend’s stepfather, an opportunist who’s writing a ripped-from-the-headlines thriller about her father’s case. He’s not a rapist, but he’s a predator of another sort. Nuanced to the end, Whittall’s novel achieves something that’s rare in real-life cases of sexual violence. She gives a voice to the ones we never hear from: those who are collateral damage.

More from Rachel Giese:
Modern Lovers is your summer must-read
Imagine Me Gone: A bleak and honest look at mental illness
Black Apple provides a clear-eyed view of residential schools