The Shining Girls by Lauren Beukes

A murderer hunts the one who got away. 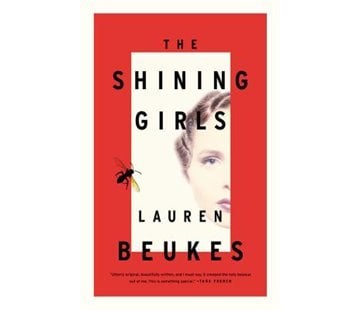 Harper Curtis is a serial killer with a special ability: He can travel through time. His victims, all girls from different eras, are linked, because he always leaves a memento from his previous murder with his next target. Everything is going according to his twisted plan — until one of his victims, Kirby Mazrachi, survives. Kirby is strong and has an unwavering determination to seek revenge. She teams up with Dan Velasquez, the former crime reporter who covered her case, to unravel the mystery of her would-be killer, while Harper follows her, searching for the right moment to finish the gruesome task he started. Now it’s a race against time with the roles of hunter and prey shifting, as each grapples with an unnerving problem: How do you beat time when the decades keep switching? This dark, compelling story is sure to appeal to thriller and sci-fi lovers alike.

The Shining Girls, Lauren Beukes, $29. Available at Indigo.ca and Amazon.ca.