After reading The Map of Time, we had lots of questions for the man behind the story, Spanish author Félix J. Palma. Here's what he had to say about his inspiration, characters and what's next for H.G. Wells. 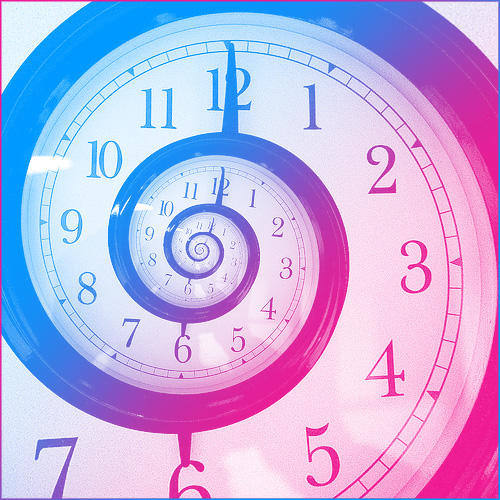 After reading The Map of Time, we had questions for the man behind the story, Spanish author Felix J. Palma. Check out his responses—if you really, really enjoyed the book, we think you’ll be especially interested in the answer to our last question.

Where did your inspiration for this book come from?
It occurred to me after re-reading The Time Machine that, while I had devoured it as a child and loved it, as an adult I didn’t feel the same emotion. I realized that part of the fascination came from being a child and thinking the machine would soon be real and I might soon see the future. I thought then that this must be the excitement Wells’ contemporaries felt. I imagined them excited, thinking that within months they would travel to the past or the future in a steam-powered vehicle that, according to the aesthetics of the time, would be fraught with pistons, gears and connecting rods, the ladies with hats with feathers and gentlemen with their bow ties and monocles. Then I felt the tingling that writers suffer when we are invaded by an idea. The picture would not leave my head, and could only mean that I had found the germ of a novel.

Do you base your characters on real people or experiences?
So far I’ve never done that because the characters in my stories have always been in the service of the plot. I think the only character in The Map of Time that is based on someone real is Wells, whom I have inevitably endowed with a personality similar to mine.

Why did you use real and imaginary people on the same stage? What do you think that adds to the book?
At first, I wanted the novel to star only fictional characters, but as I researched the time period, I realized it would be much more interesting and attractive if they were mixed with some of the fascinating characters who lived in that period. That would make the story more believable, and incidentally allow readers to guess which character was real and which was not.

How did you keep all the different plotlines straight? We were sure you would drop the ball once or twice, but as we continued reading we realized you wrapped everything up quite neatly!
I never start writing a story until I know everything that will happen, at least 90 percent, so that I can always prepare a very detailed outline of the plot. In the case of this novel in particular, with all its twists and turns and time travel, it was essential not to miss anything.

We were intrigued by the mysterious, omniscient narrator throughout the book, and were hoping we’d find out who he/she was. It was never revealed in the book, but can you shed some light?
I think readers were given enough clues to guess the narrator’s identity. Anyway, knowing is not relevant to the story. What is important is the place from which the story, because that allows you to have a privileged view of it.

Why did you make readers wait almost the whole book for the “real” time travelling?
It is true that for most of the novel there was no real time travel, but what’s the difference if you count what did happen as if it was true?

If you made a time capsule, what would you put in it?
My hair, my partner, my dog and my friends, so that we can be cloned in the future.

If you could time-travel, what time period would you go to?
Although there are very attractive times of the past (like the Victorian era itself), I certainly would travel to the future. Traveling to the past would feel like going through a theme park. You would not be able to checking that everything was as we have studied in books. However, the future is impossible, the unknown… an imaginary world, in short.

What authors inspire you (for this book and your others)?
Obviously the author for this novel which inspired me was H. G. Wells, but that changes with each book. My book of stories, for example, was heavily influenced by Julio Cortázar.

The Map of Time was originally published in Spanish in 2008. What’s it like to get back into the headspace for a particular book years after publication?
In fact, history has never left my head because this novel is part of a trilogy and now I am finishing the second part, which shows many of the characters from the first. Nevertheless, it still be entertaining to read reviews on a novel I wrote four years ago.