The Family Fang by Kevin Wilson

Book review: A funny and emotionally intelligent look into the messy lives and quirky misadventures of two artistic-type siblings 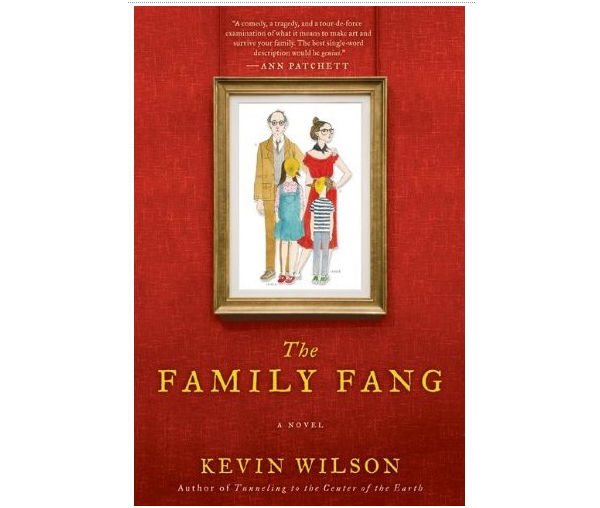 In his funny and emotionally intelligent debut novel, The Family Fang, Kevin Wilson offers a fresh take on the dysfunctional-family story by imagining what might happen if two eccentric performance artists produced offspring.

Caleb and Camilla Fang are subversive pranksters, regarded as major achievers within their obscure art-world circle. Their children, Annie and Buster, often perform in their parents’ theatre of disturbance. The Fangs have a radical perspective on art and parenting — the kids’ tasks include helping Mom pretend to shoplift and impersonating impoverished children busking to save the family dog, while Dad, planted in the audience, heckles mercilessly.

Wilson’s story centres on Annie and Buster, alternating childhood scenes of parentally mandated mischief-making with present-day chapters in which the two have severed ties with their parents and established shaky artistic careers — Buster as a novelist unable to write after receiving some bad reviews, and Annie as an actress whose scandalous behaviour overshadows her promising talent. They take risks for no good reason, unable to answer the self-posed question: “Why not?”

The other question Annie and Buster can never seem to answer is: “What next?” They have no idea how to cope with the disastrous outcomes of their actions, just as years before, once a stunt their parents forced them to enact was perpetrated and everyone was upset, the Fang family simply fled.

Their lives unravelling in parallel series of often hilarious, though pathetic, misadventures, Annie and Buster find themselves with nowhere to go but back home.

What unfolds next only deepens their confusion, and Wilson’s emphasis moves away from the humorous into a more serious examination of their emotional lives. Here, Wilson plays away from his strength — his comic turns are always genuinely hilarious, so the novel loses some energy when it sobers up in its last third — but he does justice to his material. We want to see these mixed-up characters sort themselves out, and Wilson finds ways to make us believe in that possibility.

The Family Fang renders messy lives with precision, style and feeling. Kevin Wilson is an exceptionally funny writer who, unlike the people in his novel, knows when and how to stop playing everything for laughs.