The Toronto writer, whose book hits shelves this week, talks about anxiety, nefarious men and why some people think she should be fired. 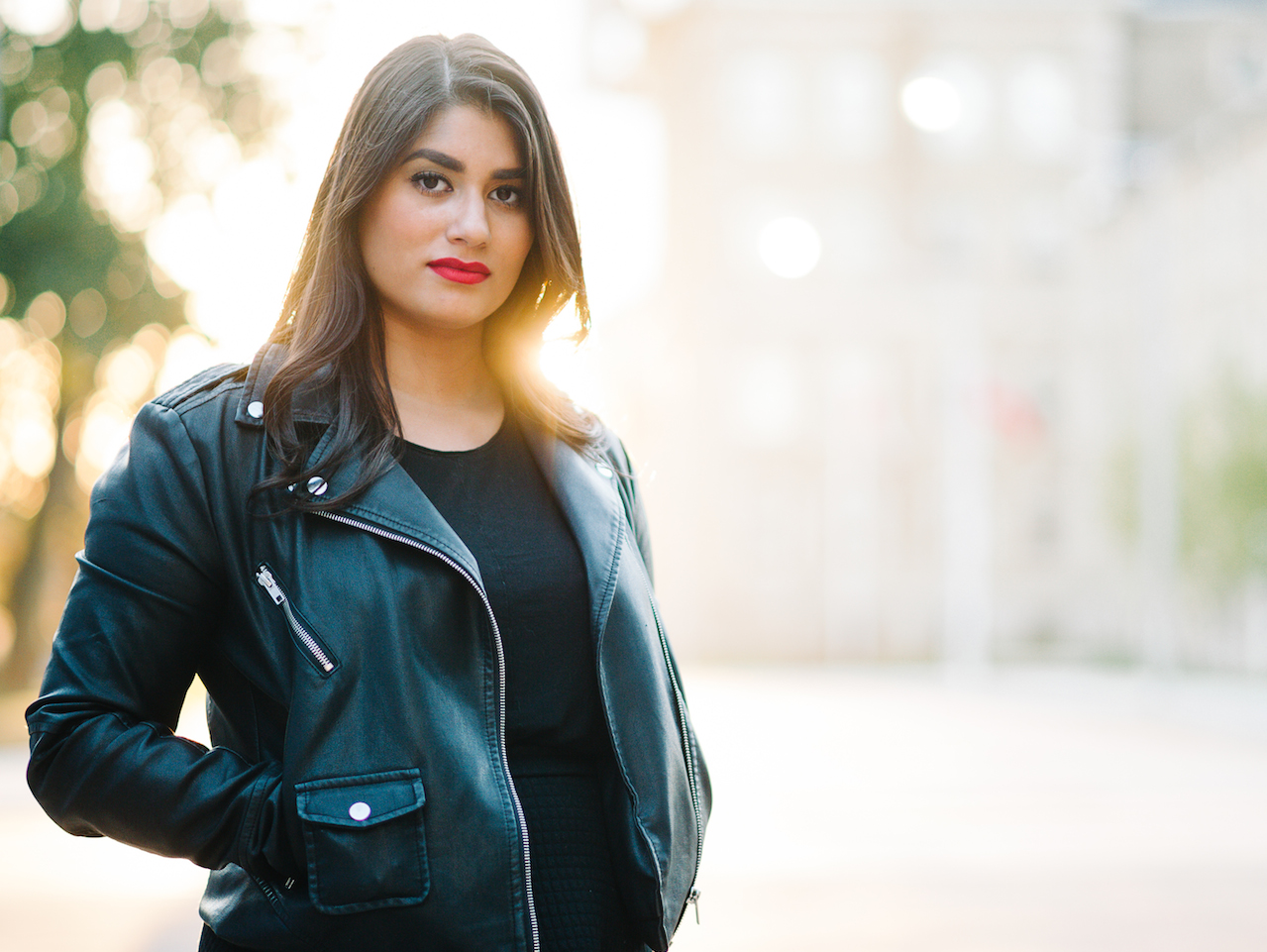 Scaachi Koul’s public persona consists of two things — long, thoughtful essays and sharp, shouty tweets. It was a tweet the senior editor at Buzzfeed wrote in late 2015 soliciting pitches from writers who were “not white and not male” that incited the Internet’s most terrifying behaviour, including threats to rape and kill her. The experience shook her, so naturally, she wrote an essay about it in her first book, One Day We’ll All Be Dead and None of This Will Matter. Koul, who has also written for the Hairpin, the New Yorker and Flare, debuts her collection of essays March 7, covering everything from the problem with Indian hair to rape culture. She spoke with Chatelaine about inheriting her Dad’s anxiety, the nefarious power of men who ogle women and why some people think she should be fired.

You start your book by talking about an irrational fear of dying that comes from your parents. I totally relate to that, but I always marvel at the fact that they come from countries where conditions actually threatened their lives, and moved to a place that’s comparatively sterile. Why do you think they carry this fear?
I don’t know if that anxiety is because of where they came from, I think it’s who they are. Maybe part of it is when they were immigrating they dodged so many risks and challenges that they think something’s going to get them. Because it seems fortuitous that you make it here and then you end up middle class, so you think we’re all going to die, because there’s really no other option.

Why do you think you’ve carried it with you?
My dad is a pretty anxious person, and I think I spent too much time with him. [laughs] Part of it is a mental health question: Where does mental health come from? Who do you inherit your mental health issues from? 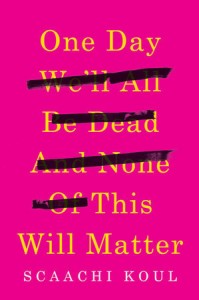 You write about your niece, who is bi-racial, and the way she’s impacted your thinking about race. How has she changed how you look at identity, especially looking into the next generation?
She has an Indian name and there are features about her where I can see my mom, but she has blue eyes and very fair skin and she’s being raised in the prairies. I think far more about the implications of fairer skin, and about what happened to my parents’ customs and their parents’ customs. I don’t know if they will go with her.

What will happen when nobody in this family remembers what this particular holiday is for? I think in a lot of brown families it’s the mom who is the one that calls and says, “It’s rakhi, you need to send your brother a red thread and a card” and you’re like,”Whatever, fine.” And eventually that call will not be made, and I’m curious about who will maintain all of this and who will maintain it after I’m gone too, which goes back to thing about, “Oh, I’m dying.”

Around brown people you’re interpreted as very fair and around white people you’re very brown. You’ve recognized how being light-skinned has benefited you. How has it made you more palatable?
I’m palatable in certain contexts. I’m not palatable on TV — I’m actively not palatable on TV. Palatability depends on who the audience is, but most of what I say is hardly radical to anybody who is educated on race relationships, or who has any sort of understanding of what it’s like to live different or be different. And if you are in the majority, you think what I say is so radical that you think I need to be fired. There’s no in-between; I’ve never been able to strike a comfortable balance.

Do you ever feel pressure from being the young woman of colour media consults on issues of race?
Oh yeah, all the time. And I think sometimes there’s a lack of creativity when people do panels, or they want you to write stuff and they don’t know what to ask me to do, so they just say, “Hey, do you want to write about being a woman, or being a brown person?” And I say, yeah I guess. Certainly, I can write about those things, but I promise I have other interests.

It is isolating and it also puts me in the position of “Well, I can tell you what I think about it, but I certainly won’t and cannot speak for the billion-plus brown people, and I’m not going to speak for the many brown women who live in Canada and America.”

The story about you being drugged was chilling, and your commentary on surveillance culture was really interesting. Tell me about it.
Sometimes we think that attention paid to us translates into care, and it doesn’t. Attention is really nefarious. I didn’t think about that until I started to go out to bars with more [male friends], not because they were watching me, but because other men were watching me. There’s something really eerie about that, when they are trying to pull you away from your group because you are the vulnerable one.

Lindy West recently left Twitter because she was sick of trolls and sick of Twitter ignoring trolls. You talk about your own Twitter hiatus in the book, but you say it’ll get better. Why do you think it’ll improve?
It’ll get better but it’ll also get worse. I don’t have a lot of faith in any platform quite frankly. Twitter I have no faith in. They’ve been running for 10 years, and they keep acting like harassment is a problem that they a) just discovered and b) cannot seem to figure out how to  solve.

When I was 15 or 16 I had a different [social media] network, and when I was 17 to 20 I had a different network. We’ve built different ones and their good for about 10 minutes, so eventually we will find a new one, and it’ll be good for 10 minutes because we haven’t figure out how to fix it. Part of it is the failing of man — people are shitty and people ruin things.

More:
People deserve to die with dignity — here’s how I help them
Is fear of breaking up keeping you in the wrong relationship?
Sign up for our newsletter