Q&A with Everything Was Good-Bye’s Gurjinder Basran

Author Gurjinder Basran talks with Chatelaine about her award-winning debut novel, its themes of personal and cultural identity, love and loss and her heroine’s tragic struggle to find her own way in life. 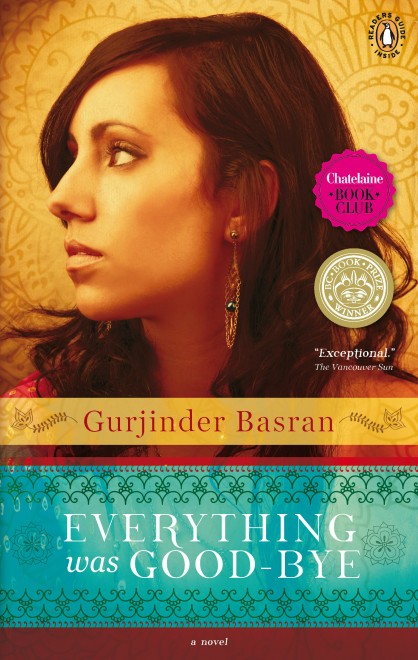 Everything Was Good-Bye by Gurjinder Basran 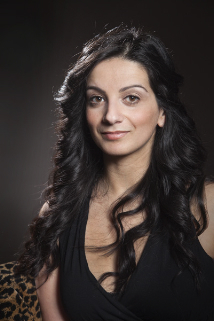 Author Gurjinder Basran talks with Chatelaine about her award-winning debut novel, its themes of personal and cultural identity, love and loss and her heroine’s tragic struggle to find her own way in life.

Q: Did you come up with the title of the book, Everything Was Good-Bye? If so, why did you name that? And did you have it in mind right from the beginning?
A: I’ve come to believe that this novel named itself. I’d tried out various working titles throughout the writing process but none of them ever fit the evolving narrative. I pulled the title Everything Was Good-Bye from a passage in Chapter 1 because it expresses the sense of loss and grief that defines and dictates much of the Meena’s life. Early on she loses her father, then her sister, eventually her lover and even her own identity and possibilities, and though she tries to move forward, her past and the remembrance of it keeps her from doing so.

Q: Did you plan the outline of the whole book first and then write it, or write it as you went and wait to see how things unfolded?
A: I had an idea of how the book would end, and what sections I wanted to write about, but I never formalized any of my thoughts in an outline. I wrote the story from start to finish several times before I had a good grasp on what it was actually about. I’d originally set out to write a love story and though it is that, it’s also a story about family, cultural identity and the countless losses we experience as we strive for self-actualization.

Q: Were there many drafts? And did you get input from readers on your early versions?
A: There were at least seven full drafts with countless revisions in each one. Thankfully, I belonged to a writing workshop group and had many trusted mentors and readers over the years.

Q: In many ways, Meena is quite a frustrating character: she is rebellious to a degree, but quite passive in that she enters into an arranged marriage, lets her in-laws give her a new name, and even when Sunny resorts to violence, doesn’t leave. Why would you say she is that way?
A: At first glance Meena may seem passive but she’s really not. She’s imaginative and passionate and full of possibilities but also restrained by expectation. She marries Sunny and stays with him because she believes the alternatives of not being with him are worse. When Meena was a teenager, her sister Harj was disowned for leaving home and her sister’s absence and the consequences of her leaving had significant impact on Meena. She stays in her marriage because she doesn’t want to have to give up her family the way her sister did. She’s willing to give up some of her own dreams and fulfill her family’s expectation and though this is a poor choice, it isn’t a passive one. For Meena, navigating two sets of cultural ideals means there are no easy or clear choices.

Q: Did you consider different plotlines? For example, Sunny killing Meena?
A: There were variations in plot and character along the way but I always had a sense that things would end the way they do. I seem to always know the end of a story before I write any other part of it and have to work backwards to see how and why it ends that way.

Q: You portrayed a world in which it is important for a woman to marry and submit herself to her husband and her new family, one in which, as Meena’s grandmother (dadi) once said, “A woman without a husband was incomplete, but a woman without a husband and children was no woman at all—she was simply an apparition haunting her own life.” What were you hoping to achieve in doing that?
A: In any patriarchal society, regardless of cultural ideologies, there is the expectation of male dominance. The messages our children receive through the media and the world around them about who they can be and what they can do are often gender based. This idea is amplified in Meena’s world, and I wanted to show how this concept imposes limitations on everyone, not just women. A person’s identity shouldn’t be defined by another person and gender should never determine value or possibilities.

Q: The book is now being released by Penguin and getting more exposure; what has the feedback from your community been to the book and the cultural dilemmas you present in it?
A: Overall the feedback has been positive and most readers, regardless of ethnic background, have been able to identify with Meena’s struggles to belong.

Q: What are you working on now?
A: I’m in the very early stages of writing a new novel and am still courting the ideas and rendering characters.

Q: Who are your favourite authors and books?
A: I don’t have a favourite author but my favourite book is The History of Love by Nicole Krauss. It’s a remarkable story full of beautifully vulnerable characters and surprising turns.