Elizabeth Gilbert shares the inspiration behind her latest book

Elizabeth Gilbert shifts focus from her best-selling memoir to a new tale about a woman growing up in 19th-century America who searches for love while exploring the mysteries of science. 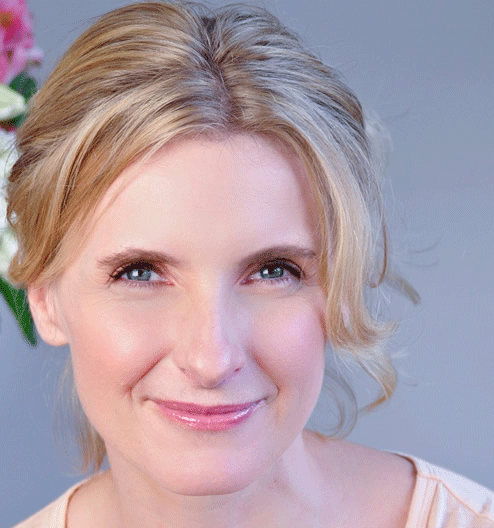 Q: What was the inspiration behind The Signature of All Things?

A: I discovered a beautiful old (1783) copy of Captain Cook’s Voyages, which had been passed down in my family, from my great-grandfather. I remembered having looked at this book as a child and being captivated by the antique romance of it – by the maps, the ethnographic drawings, the adventure, and most of all by the amazing botanical illustrations. This rediscovery led me back in time, into an exploration of 18th– and 19th-century botanical exploration, and soon I was keen to put a woman into that world and see what became of her.

Q: In many ways, this is a story of a woman looking and longing for love, but also of the romance between a woman and knowledge and science. Was that your intention from the beginning?

A: Absolutely. I wanted very much to write a novel that would – in contrast to so many of the great 19th-century novels with female protagonists – celebrate a woman’s mind, a woman’s love of the world, a woman’s curiosity. Of course it is also a love story, but I think by the end of the novel, it’s pretty clear that the greatest and most nourishing relationship of Alma’s life is with her work. As a woman who has many times been saved by her love of work (oftentimes when romance has gone wrong), I very much related to this notion!

Q: Alma is a women who is brought up in an unusual way for a girl of her time, in a masculine world of knowledge, and she has difficulty finding love. Is the one the result of the other? Or is her loneliness simply a result of her essential being?

A: I think of Alma Whittaker as a tree among flowers. Not only physically (she is very tall), but emotionally and intellectually, she towers over all the other women around her. During the age in which she lived, this sort of singularity would not make it easy to find a proper romantic match. But she does not spend her life quite alone either – throughout her history, and throughout the novel, we see that she has incredible experiences of communication, friendship, respect and love (often with men). But it is tricky for her, especially with her rapacious appetites, to find that perfect soulmate, to be sure.

Q: While the “signature of all things” is a theory that refers specifically to plants, what do Alma and Prudence’s signatures – their shapes and forms – mean for them as they journey through life?

A: I think of Alma and Prudence and Retta Snow (the other prominent female character in the novel) as each representing one aspect of human nature. Alma is intellect; Prudence is morality; Retta is impulse. And they are each both propelled and held back by how deeply marked they are by these traits. Together, there is a short while where they sort of form one balanced soul – when the three of them are good friends in their youth – but, ultimately, they are each a bit narrow in their distinctive personalities, and all of them have to learn (or try to learn) how to grow out of that narrowness a bit.

Q: A big part of the book plays with the idea of spirituality versus knowledge. When Alma meets Ambrose, part of the reason she’s so fascinated by him is that he approaches everything from a place of spirituality, whereas she is enamoured of facts, married to them, in essence. Why were you intrigued by these concepts?

A: Because this was one of the central debates of the 19th century, and what makes that era so fascinating to me. Prior to this time, there really was not much of a difference in the world between men of science, men of arts, men of divinity. In fact, many of the great early naturalists were also quite religious. And all three of these seeking human strands (reason, divinity and creativity) were considered to be essentially the same thing – the marks of a well-explored and well-lived life. But by the end of the 18th century, you can see that thoughtful people were already realizing that the evidence doesn’t match up – that what we learn from science does not intersect with Biblical teachings. I cannot overestimate how devastating this was to people who cared deeply about both science and God. The rift has still not been healed, sadly. (Today we have a world full of scientists who lack divinity, and the faithful who lack science – a loss on both sides, I reckon.) The relationship between Alma and Ambrose was meant to embody this rift – the impossibility, at least in the mid-19th century – of a satisfying union between a life of the mind and a life of faith.

Q: You’ve mentioned before that you fell in love with your character Ruth in your earlier novel Stern Men and didn’t want a harsh ending for her. But Alma in this book struggles. Are you finding it easier to accept that life and therefore your novels don’t always have happy endings? Or the endings we think we want?

A: I love all my characters – I don’t see how you can spend so much time with them and not care about them deeply. Alma’s life was difficult (I could not see how, reasonably, it would not be) but I don’t think of it as having been a sad life, and I think she has the greatest ending anyone can possibly have (namely, to look back and take pride in what one has created, and how one has lived.) None of us come through life unscathed, and the novel shows this. But I would never put my characters through punishing experiences for no reason, or without a generous catharsis to follow!

Q: Was this book as much work as Stern Men? Or are you finding writing easier as you do more and more of it?

A: This book was a great deal more work than Stern Men — at least in terms of the amount of research. But the actual writing was far easier. Partially this is because I had over-researched and over-prepared, so I was really comfortable with the material when I began, and partially it’s because I’ve become a more confident writer over the last 13 years. I have learned to trust myself, trust my instincts, trust my work. This is, or should be, the benefit of middle age!

Q: Further to that, what was the most difficult aspect of writing this novel? And the easiest?

A: The most difficult part was writing about Alma’s sexuality. I knew from the beginning that I wanted her to be a deeply carnal person, beset by great sensual urges, but I didn’t want to humiliate her, either. In the end, I had to just ask myself: What would she actually have done, and allow the story to unfold that way. The easiest part was the last quarter of the novel, when I was writing at full speed, in my zone, certain that I knew where I was going, and that I was going to make it there (to the end) in one piece.

Q: What research did you do for the book?

A: Oh, Lord – heaps. Three years of reading, mostly. (Though I also traveled to Europe and to Tahiti for situational research.) But mostly reading. Six hours a day of reading, at least. Reading about botany, about the lives of Victorian female scientists, about life in late 18th-century Philadelphia, about madhouses, about evolution, about missionaries, about transcendentalism, about 19th-century erotica, about shipping, about commerce, and, of course, about moss.

Q: You’ve said that you want to know things in your bones, to walk through places in your memory, like the house Alma lived in, and where she traveled to, so you used an actual estate (Woodlands Mansion in Philadelphia) and traveled to French Polynesia. That’s sort of like the method acting of writing, wouldn’t you say? Why do you think that’s necessary to your process?

A: I’m an empirical thinker, in my own way (not unlike Alma.) I’m a literalist. Even as a novelist, I’m a realist. I wish sometimes that I was more a fabulist – that I could invent wild tales out of nowhere but my imagination, but instead I draw deeply upon the real. And for this book in particular, it meant the world to me that my book be plausible above all — that every bit of the botany, the history, the architecture, be possible and accurate. Plus, I’m a big nerd, and I love research.

Q: Are you the sort of writer who structures everything in advance or someone who works more organically as you go?

A: Structure. Structure, structure, structure. In boundaries we find liberation. The more structured the work is, the more freely and organically I can play. If you sat me down right now without any preparation or resources whatsoever and told me to “organically” start writing a novel, I would burst into tears.

Q: How long did it take you to write The Signature of All Things?

A: It was pretty fast, once I got going. But it was fast on the heels of three years of rigorous preparation. It was done in a matter of months.

Q: What are some subjects you’d like to explore in your books in future?

Q: What are you working on next?

A: A novel about: Women’s adventures, women’s friendships, women’s wildness.

Read an excerpt from Elizabeth Gilbert’s The Signature of All Things.

Follow us at twitter.com/ChatReads for book giveaways, author chats and more!