Our evening with Kevin Kwan, author of Crazy Rich Asians

Kevin Kwan chats to Chatelaine about writing his first book, his inspiration from Game of Thrones and his pal Oprah Winfrey. 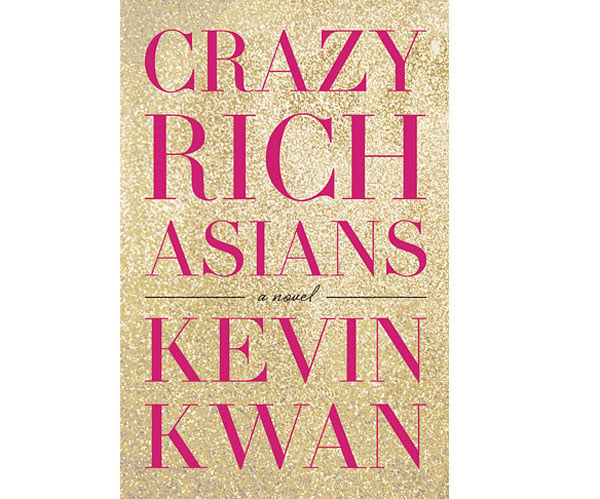 Last night the Chatelaine Book Club had the pleasure of attending the launch of Kevin Kwan’s debut novel, Crazy Rich Asians, at Toronto’s Shangri-La hotel. It was the perfect place to celebrate the launch of the glitzy read (even the cover shimmers). As guests sipped on signature cocktails, Random House publisher Kristin Cochrane, Chatelaine publisher Tara Tucker and Flare publisher Melissa Ahlstrand all touted the delightful book and introduced Kevin Kwan, who said a few humble words before he took a brief break from the party to chat with Chatelaine about writing his first book, his inspiration from Game of Thrones and his pal Oprah Winfrey.

What inspired you to write this book?

I have this sort of dual life. In New York, I work in the media and publishing and I have a very normal life. But any time I come in contact with the Asian side of the family or old friends, I get pulled into this crazy, crazy world! The money and lifestyles are just so extreme. It makes for a lot of fun fodder. I used to come back from my trips and tell my New York friends these stories and they were just so outlandish that they said, “You have to write these down!” So I did.

How much of your book is based on fact and how much is fictionalized?

This is very much a novel and it’s a highly satirical novel. There are stories that are loosely inspired by experiences I’ve had, but nothing is really based on fact. There’s a lot of imagination, a lot of outrageousness that’s been created in the interest of telling a good, fun story. But fact is sometimes stranger than fiction: There were instances when I did use stories, or at least kept the reality of the details, and I would be told, “this is too outrageous, you need to tone it down because no one is going to believe it.” But the stuff I made up, the publishers always let pass.

Who inspires your writing?

I’m really inspired by historical writers like Anthony Trollope, Jane Austen, and Edith Wharton. I still think The Custom of the Country is one of the best satirical novels ever written about the wealthy. You’d read it today and think it was an episode of Gossip Girl. I’m also really influenced by film and filmmakers like Wong Kar-Wai and Luca Guadagnino, the director of I am Love. That film came out just as I was starting to write my book and it’s about this very wealthy, aristocratic, Italian family. Seeing that movie I just thought, “Wow! This is what I’m trying to capture here, the Asian version of this.”

Was there a system to your writing process?

It was very sporadic. I was working on a big project for Oprah Winfrey in 2011, a book called Reflections on an American Legacy. It was to commemorate her show and it had 22 writers like Bono, Toni Morrison and Maya Angelou. It was just an amazing project, but it was also really intense and I spent a lot of time travelling from New York to Chicago, so I had a lot of time in airports and that’s when the bulk of the writing happened. It took me three years to write the book, so it was pretty fast.

What was your favourite part of writing the book?

I really enjoyed all of it. But I think the scenes I wrote with Eddie, the Hong Kong cousin who is this really pretentious, pompous label-whore, were really, really fun to write. He’s actually a complex person and hopefully readers understand by the end of the book why he is who he is and that he’s not just a vapid person. He’s someone who’s very damaged.

What do you think is the funniest part of your book?

I think for me it’s this world of social climbing and people putting themselves on display. Like Eddie getting his whole family dressed up because he always wants them to look camera-ready. He’s obsessed with making his tiny children suffer in these outrageous outfits just for the sake of maintaining his position on the society magazines’ best-dressed lists. There’s a lot of satire there. But also the interactions within the family and the levels of snobbery. I find that stuff really humorous. I think it’s how people connect to Downton Abbey. No one thought the Dowager Countess would become the one that everyone would be drawn to, but she’s great. I should mention that Julian Fellowes is a huge inspiration to me. I’ve loved both his novels, Snobs and Past Imperfect, and of course I’m also a Downton Abbey fan, obsessive actually, as I am with Game of Thrones. That’s another family story, but with a lot more blood. I like to substitute blood for shopping. Every time Game of Thrones would do a murder scene, I’d do a shopping scene or drop some brand names.

The Chatelaine Book Club is thrilled to have met Kevin and we’d like to thank Random House of Canada, especially Director of Strategic Marketing, Cathy Paine, for hosting this amazing event at the Shangri-La Hotel.