Author Amy Bloom on the unglamorous role of being a writer

Amy Bloom, author of Lucky Us, talks about crafting characters, not reading reviews and penning her first novel since Away. 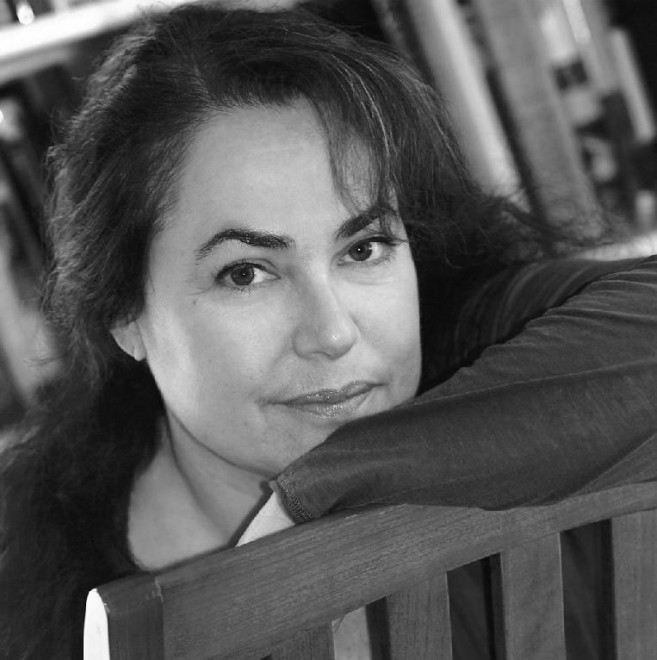 Congratulations on the release of your latest novel, Lucky Us. How does it feel when you send a new book out into the world?

My feeling is always the same – I’m amazed and grateful that anybody who isn’t related to me is reading the book. I just keep my fingers crossed so hard it makes my stomach hurt. And then I try not to think about it, I try to direct my mind elsewhere.

Do you ever read the reviews of your work?

No, I don’t read reviews. Not since I got my very first review for my first collection of short stories. It was in the New York Times. It was short, but very positive. And yet there was a sentence about one of the stories that I felt was a complete misunderstanding of the story. The fact that it has stayed with me for 20 years seems to indicate that I’m probably not the kind of person who should read reviews.

Where did Lucky Us come from?

You can’t really escape your subject, and my subject always seems to be family and love, or just love. But the origin of the book actually came when I read a first-person account by someone who had been interred with his German parents at a prisoner of war camp in the mid-western United States. I was just open mouthed. I didn’t know anything about it at all. Least of all that we interred 11,000 German people who’d been living in this country all but a few months of their lives. We even interred German Jews who were escaping Germany in the late ‘30s. That was part of where the character Gus came from.

Lucky Us is peopled with such wonderfully flawed, yet completely redeemable, characters – how do you make them come alive so fully for the reader?

When writing a novel it’s always my hope that it will have a lot of full, three-dimensional characters. I find you don’t need six chapters to convey the depth of a character. I’m a big fan of show don’t tell. I just want to make it come alive right now. If you’re willing to open the book, I’m willing to tell you the story. As a person and a writer, I believe that life events do not make us who we are, they reveal who we are. And I really loved writing the process of revealing these characters.

Do you have a favourite character?

I love Gus. As he developed, I just found him to be such a stand-up guy. He is a determined person, but also has a “roll with the punches” attitude. He also has an amazing capacity to be entertained by life, as well as horrified by it.

You do some terrible things to the characters in your book. Do you know what’s going to happen to them when you sit down to write?

No, I think if I knew where they’d end up then it’d be very hard to write them in the moment; to allow them to flower and then go, ‘uh oh, oops.’ I guess it’s because my own feeling as a writer — and a person — is terrible things happen. This is life. It doesn’t mean that life is only long and terrible, but it is also long and terrible. One of my wishes when I’m writing is to make readers feel that they’re experiencing life, as well as the book.

Your prose is so fluid and vibrant — how much time do you spend honing each sentence?

I can’t even begin to tell you. That’s how I spend a lot of my time. It’s a lot of rewriting and polishing so it doesn’t look polished. I don’t expect anybody to ever describe my writing is lackadaisical, but that’s OK with me. I wanted it to be alive and moving and funny, but also not to call attention to itself. I want what makes it memorable to have more to do with the reader’s response to a sentence, and not just ‘oh what pretty language.’ Pretty is not a strong interest of mine, either in people or in language.

What was the biggest surprise for you in this book?

One often doesn’t plan things as a writer, but it doesn’t mean that everything is entirely random. It’s like when have a dream, you can say ‘oh, what a weird dream,’ but the fact is it’s your dream, and all that weird material came out of you. Still, I didn’t know Eva was going to make the career choices that she did and I didn’t know that Clara would make the romantic choices that she did. Sometimes when I finished writing I’d think, “oh, I went in that direction.”

Music is a recurring theme, even appearing as chapter titles — why did you decide to give it such a prominent role?

I listen to music a great deal, and a fairly wide range of music (apart from contemporary country and western, top 40 pop or Gregorian chants). And there’s something about the role of music in that particular period where so many people listened to the radio and so many people danced and sang and played. The music was enormously evocative, and I always view chapter titles as an opportunity for the author to give a little more to the reader. If you don’t know the song, the titles are evocative in and of themselves; if you know the song, they resonate a little bit more.

Did you know what songs you were going to use before you wrote each chapter?

Sometimes I knew. I knew that at some point somebody was going to be singing “You’re Not the Only Oyster in the Stew.” I just didn’t necessarily know who.

You started writing after a career as a psychotherapist and once you’d already had a family. Was writing always something you dreamed of doing?

Absolutely not. As a child, what I hoped to be was a reader. I had a whole vision of it. I saw myself in a room with a chair and a little desk and a pad and a pencil. I think I might even have had a beige smock, my official reading garb. I don’t know who was paying me or why. But apparently I was receiving a pay cheque on a weekly basis just for reading.

Where do you think the writer in you came from?

For me being a writer was not particularly glamorous because both my parents were writers. My mother was a housewife who had been a journalist and my dad was a working writer his whole life. To me a byline was not a sign you were glamorous, it was a sign you were paying your bills. It required consistence and perseverance and a refusal to be distracted — as a kid I didn’t think there was anything very appealing about that. It looked really hard. But I have to say, I really thank my father on a regular basis for a demonstration of the work ethic involved, and the fact you don’t just do it when the muse shows up.

Read the review for Lucky Us. 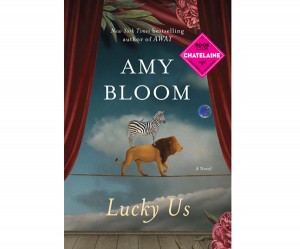