A bookish Harry Potter actor is behind it. 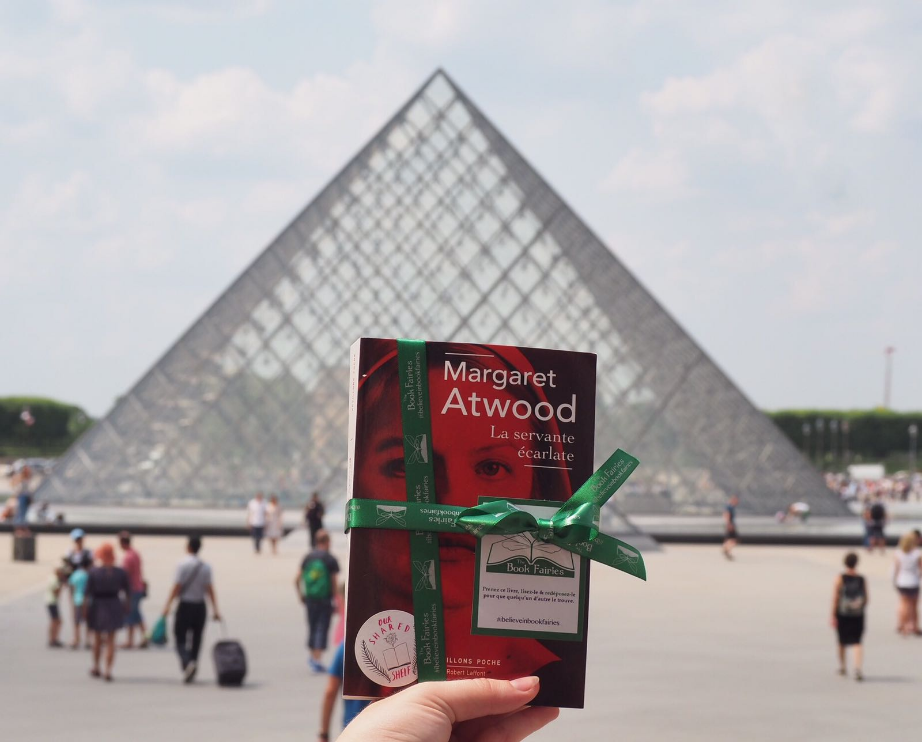 One of 100 French copies of Canadian author Margaret Atwood’s 1985 dystopian novel hidden in Paris, this one near the Louvre museum. Photo, @the_bookfairies/Twitter.

In true Belle and Hermione fashion, Emma Watson is spreading her love of books. The book club founder and actor announced on Twitter she would be hiding French copies of The Handmaid’s Tale in Paris, where her new movie, The Circle, premiered this week. She partnered with The Book Fairies, a book-sharing initiative Watson helped launch in March, that hides books in public places all over the world for unsuspecting passersby. Each book is signed with “a beautiful note in French” encouraging people who have found the book to re-hide it for someone else to enjoy once they have finished reading it. Naturally, this sent fans into a frenzy and the lucky fans who found copies quickly posted it to Twitter.

Everyone in Paris right now: pic.twitter.com/DGC8ErG2Q2

I'm literally dying! I just found one of the books @EmmaWatson hid in Paris for @the_bookfairies.
I can't breathe!!!
I'm reading it now!!! pic.twitter.com/VcrBjfjs05

Watson started her feminist book club, Our Shared Shelf, in early 2016. The actress wrote that she’s started to read “as many books and essays about equality as I can get my hands on” as part of her work with UN Women. 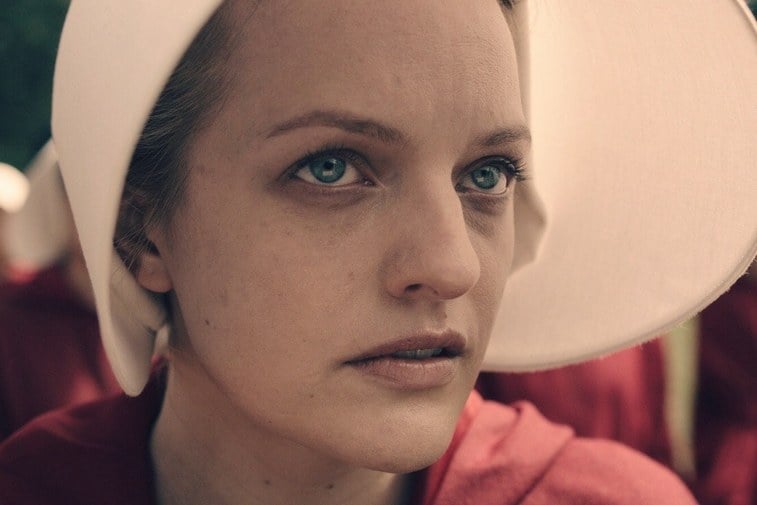 Why everyone is obsessed with The Handmaid's Tale right now

In the past, Watson has hidden copies of Maya Angelou’s Mom & Me & Mom, Marjane Satrapi’s graphic novel Persepolis, Gloria Steinem’s My Life on the Road, Caitlin Moran’s How to Be a Woman, Alice Walker’s The Color Purple, and more. On March 8 this year, she called on her fans and book club followers to hide feminist books to mark International Women’s Day.

Published in 1985, The Handmaid’s Tale is a futuristic novel set in a former American society that has been taken over by a patriarchal, fundamentalist Christian regime. Nearly all women have been stripped of their rights (such as reading, choosing their own clothes, or owning property or even a bank account). Fertile women are forced to become “handmaidens,” and forced to bear children for high-ranking infertile couples. The novel has seen a recent surge in popularity due to the Hulu TV adaptation (and its renewed political relevancy).

If this sounds like your next read and you’re near Paris, keep an eye out.

Just being a book fairy in Paris for @oursharedshelf, @bookfairiesworldwide & @bookfairies_france! If you find a copy please read, enjoy and then leave for someone else to find! 🇫🇷📚🤸‍♀️ @the_press_tour: dress is @Kitx, shoes are @everlane and sunglasses by @maiyet 💚💚💚

More:
The 40 best home decor tricks you need to know
Subscribe to our newsletters
What the heck should I do with a TFSA?