Get our next Book Club pick! A suspense story about a marriage gone wrong

When a wife goes missing, her seemingly adoring husband becomes the number one suspect 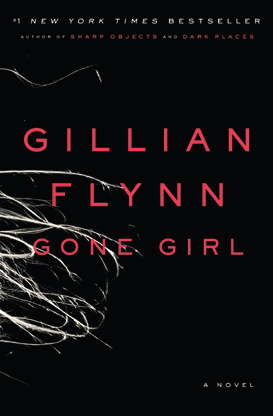 Nick’s wife, Amy, disappears on their fifth anniversary. Frantic, Nick calls the police. But something doesn’t make sense: The door of the house was open, and the signs of a struggle look fake. Nick insists he’s innocent — but if he didn’t do it, where’s Amy?

What it’s about: This classic he-says-she-says story builds electrifying suspense right from the start with alternating viewpoints from husband and wife. The couple lead a seemingly ideal existence: They’re both attractive, with exciting jobs and a fairy-tale romance. They marry, Amy plans loving treasure hunts for Nick on each of their anniversaries — until disaster strikes. Nick loses his job, Amy loses hers; and when his mother gets sick, Nick decides they’ll move back to his sleepy Missouri hometown to take care of her. After Amy’s shocking disappearance, the police aren’t sure what to believe: Nick’s protestations of innocence or Amy’s diary and its surprising tale of marital woes.

The inspiration: Flynn’s first two books, Sharp Objects and Dark Places, featured lonely, isolated characters, so she wanted to explore something different in Gone Girl: “To feature two characters who were thoroughly entwined with each other,” she says, “and to explore the dark side of marriage; to take that old saying ‘Who knows what really goes on in other people’s marriages’ and give it a twist.”

Why we loved it: Gone Girl keeps you guessing page after page. You won’t be able to put it down as you try to figure out first what happened, then what’s going to happen. The plotting is superb, with every detail intricately thought out, which is surprising, considering Flynn doesn’t outline her stories before writing them and insists plotting is “not her strong suit.” A big part of the novel’s huge word-of-mouth success lies in Flynn’s mastery of emotional manipulation. “I wanted readers to feel like they were in a very dark war between two friends,” she says. And she succeeds, keeping you unnervingly off balance and on the edge of your seat to the very end.