The enduring appeal of witches, from Salem to social media

The Witches of New York author Ami McKay on crones, nasty women and what has (and hasn’t) changed since Salem. 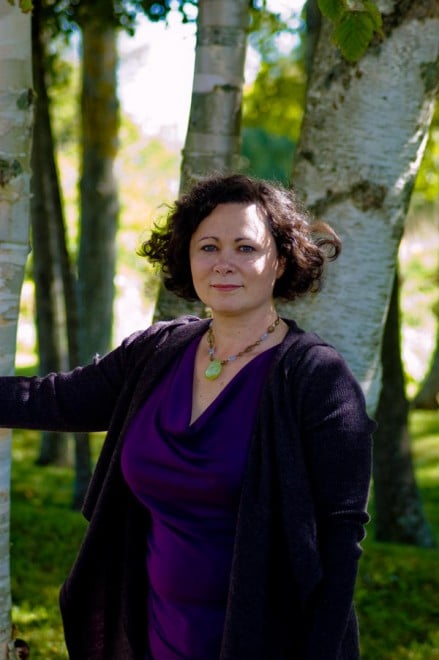 Like many girls, one of my earliest Halloween memories involved donning a dangerously pointy hat, picking out a deep pillowcase and parading around my neighbourhood as a tiny witch. Then came Hocus Pocus, The Craft and other expressions of the occult that involved dark lipstick, made-up spells, glitter and harvest corn. But, for all my interest in quasi-Wicca, never once did I consider that these sorceresses were anything more than imaginary hags — or that their history is deeply feminist. In her new book, Witches of New York, author Ami McKay explores what it means to be a woman in a world that doesn’t respect your magic, through the eyes of three women forming an unlikely coven in New York’s Gilded Age. Here, she explains why witches are, in fact, very real icons for outspoken, modern-day women.

What made you decide to draw on the themes of the occult and Wicca in this book?

When I was in grad school, I lived two doors down from an amazing woman who called herself a witch — though, she was Italian, so she would have been a strega nona. As I was walking back from classes one day, and she asked if I’d like to come have tea. And when a witch invites you for tea, you say yes. I hung out with her maybe once a week for about two years. She taught me how to read tarot cards, and was just a fantastic individual all around. 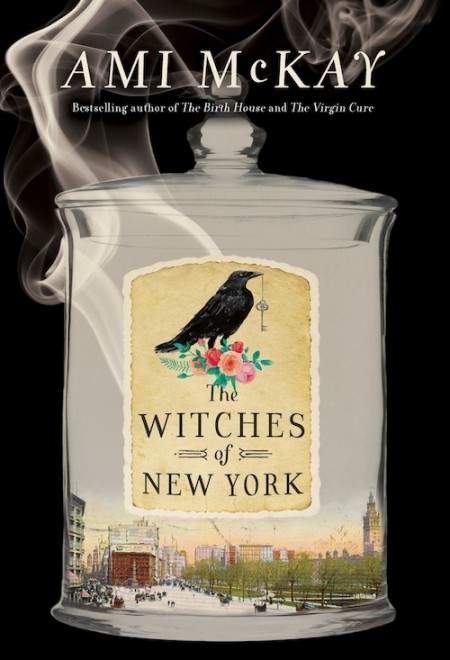 Why do witches still hold so much appeal for modern women?

Aside from the draw the occult has for a lot of us, for women, it’s a seat of power. In folklore and practice, witchcraft acknowledges our intuition, our talents and our wisdom in a way that a lot of our societal norms not only refuse to acknowledge, but actively try to suppress. I grew up with fairy tales and found them lacking in portrayals of strong woman. I was sick of the damsel who couldn’t save herself, or women who identified as witches being shown as deceitful hags who gave nothing to society. Our wisest women are crones. We need to cherish them and pay attention to them. All of us are going to be them one day.

We tend to have a very cartoonish, “Halloween-y” vision of what it means to be a witch. In researching your book, were you struck by the depth of history of women in the occult?

First and foremost, the word “witch” wasn’t always disparaging. The origins of the word have some really wonderful roots, like “she who knows what others cannot see.” Or “she who bends like a willow.” The more disparaging connotations came later, with the church, which tried to suppress women’s wisdom in favour of a patriarchal society. We’re still seeing the fallout from that today — the rampant misogyny in our culture. I’m not afraid to say it.

The year in which Witches takes place, 1880, is when the suffrage movement was really ramping up in the U.S. and Canada and the U.K. Susan B. Anthony actually started hanging out with spiritualists to get larger [female] attendance at her lectures — they were talking to ghosts and holding séances and tapping into their intuition. Some of them, granted, were charlatans, but together, they started to change the way witches were perceived. The imagery suddenly changed from the classic hag to more of a suffragette look — she’s wearing clothing that accentuates her curves; she’s straddling a broomstick; her gown is flying in the breeze. She’s got a smile on her face because she’s really happy about her freedom.

That either/or is such a neat and tidy example of how society categorizes women: you’re either a soft, sexualized cartoon person or a creepy woman living in a cottage untouched by the world.

It’s a sad reflection of us, that we’re still there. Young women are constantly looking in the mirror saying, “Am I selfie ready?” But have you read the blog Advanced Style? I love seeing these women who are aging and just owning it. I think the crone is going to have her day. It’s coming.

I’ve noticed a resurgence in the use of “witch” on social media as an affectionate term for a female friend. (As an aside, I went to a cottage this summer with friends and we called it “Escape to Witch Mountain.”) Is this our way of taking back the term?

We’re throwing that word around in an amazing, fun, free way. We’re not so afraid to own it anymore. I recently posted a picture of myself as a young girl of maybe seven or eight, and I was dressed up as a witch for Halloween. I looked very serious. I called it my “resting witch face.” My friends made it a hashtag.

I saw a meme on Instagram that read “We’re the granddaughters of all the women you tried to burn.” That idea of that legacy — of how far women have come — hit me like a mack truck.

What’s chilling for me is that during the course of writing Witches, I found out I’m related to one of the women who was hanged during the Salem Witch Trials. She was my nine-times-great aunt, but the blood is there. From that moment, I felt like, ‘I’m going to finish this book, and I’m dedicating it to her and all the women today who need to find some magic in themselves.’

As a largely secular society, we don’t have a lot of respect for things that exist in grey, like emotions and otherwise intangible things. Do you think we’d do well to incorporate more “magic” into our everyday lives?

I do. I had an amazing mom that was always pointing out the magic in the world to me, who made me stop and take note of it. But, historically, it was this patriarchal side of religion that stripped away the reverence for those exact things — for intuition and how our bodies and lives are connected to nature. Especially for women, whose bodies were tied to the moon and the tides.

Also, any time women thought outside the box or spoke “too aggressively” or were too well-educated, too old, or too beautiful, people pointed fingers. In the Witches of New York era, they also ran up against the beginnings of psychiatry, which called them hysterical. They were prescribed bed-rest without visitors or, in the worst cases, put in asylums. We were too passionate, too emotional, our brains too fragile. We’ve had it literally beaten out of us through the ages. And we need to get back to it.

Okay, I have to bring up the Hillary Clinton “nasty woman” thing here. Doesn’t that show how little things have actually changed? Whether you’re calling a woman a witch or hysterical or nasty, those are all ways of ostracizing and silencing.

With respect to the Salem Witch Trials, if you look at the line of questioning women endured back then, the accusations and undertones that are being flung at Hillary are frighteningly similar. As a woman, you step forward nowadays and you’re stepping into a metaphorical fire or a metaphorical noose. But I really feel like we’re tired of not being heard or believed. If it makes us feel powerful to call ourselves witches as adults, that’s good and all, but it’s also for the six-, seven- and eight-year-old girls going out on Halloween dressed as baseball players or princesses or, yes, witches. They need to know they can be anything they want to be. That’s who I’m rooting for.