The international best-selling author shares his all-time favourite books to puzzle over on a cold winter's day. 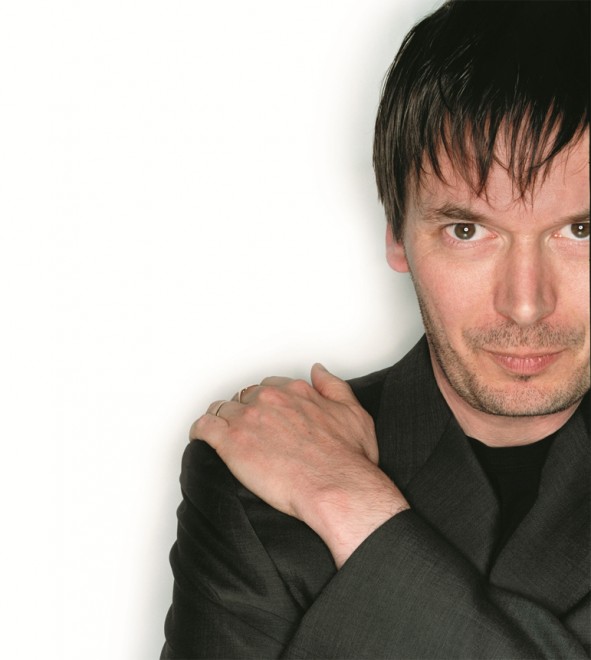 Mysteries titillate with their puzzles, shine a light on borderline personalities, lend a sense of justice in a world where justice seems all too often lacking. They also give us a glimpse into worlds we’d never otherwise actually enter – or so we hope – but are fascinated by. That’s what the popularity of these page-turners seems to suggest.

Author Ian Rankin has had huge success with his series of crime novels featuring Edinburgh detective John Rebus. Rebus is a hard-drinking, music-loving man whose work tracking down criminals showcases a dark, seedy side of the Scottish capital lurking just out of sight of fun-seeking tourists. The portrait of both the man and the city make for an unforgettable combination. But what is Rankin himself inspired by? What mysteries does he find himself sinking into?

Chatelaine asked him for his top reads in the genre. Here are his picks – including a surprise choice by a woman who is one of Rankin’s favourite authors of all time, Muriel Spark.

1. Roseanna, Per Wahloo and Maj Sjowall.

“This is the first of the Swedish couple’s 10-novel sequence featuring Martin Beck and his team of Stockholm-based detectives. Over the course of those 10 books, published between the mid-1960s and mid-’70s, Wahloo and Sjowall practically invented the Scandinavian crime novel as we now know it. Harsh crimes take place in realistic urban settings, and changes in Swedish society are examined in books which are both brilliant and very modern.”

“‘Not a mystery novel,’ you say? Think again. As the Jarndyce legal case trundles along, catching too many innocent parties in its wheels, Inspector Bucket – one of the earliest police detectives in history – must uncover truths even if they end up destroying lives and reputations. Meantime the manipulative lawyer Tulkinghorn burrows deep into the secret sins and desires of England’s ruling class. Crime permeates society, Dickens seems to be saying, in this complex and riveting mystery.”

“This was the elegant Chandler’s first novel. Classically educated, Chandler knew he was creating a tarnished knight in private detective Philip Marlowe. Here, Marlowe is charged with rescuing a damsel in distress not from a dragon but from gangsters who are blackmailing her. The novel’s opening sentences beguile, and Chandler prepared the way for almost every American crime writer who came after him. He is also the master of the one-liner, and Marlowe is a man you’d like to know, even though being his friend could get you killed.”

4. The Name of the Rose, Umberto Eco.

“This extended homage to the crime novel is also an ingenious story in its own right, as well as offering a philosophical commentary on language, text, and meaning. A series of gruesome and unexplained deaths in a medieval monastery brings William of Baskerville to the scene. The ensuing plot is mazey enough to suit purists, while Eco has fun with our expectations, as well as painting a well-researched and nuanced portrait of the theological debates of the time. Eco showed a wider international public what fans had always known – that crime novels need not simply be about the puzzle, but are capable of dealing with rigorous themes while tackling big moral questions.”

“Again, Spark is not thought of as a crime writer, yet this novel is one of the strangest and most chilling mystery stories ever penned. A woman is about to travel aboard on holiday. We meet her in a boutique, where the offer by the assistant of a stainless dress upsets her terribly. Who is she and what is the purpose of her holiday? Piece by piece, Spark – a terrifically obtuse and stylish writer – lays out the puzzle before us. There’s a killer out there somewhere, and Lise seems to want to catch up with him. But is she villain or victim? Who precisely is in the driver’s seat? The ending is shocking and ambiguous. Love it or hate it, this is a novel you can never forget and one which extends the range of the mystery novel.”

Visit Ianrankin.net or Twitter.com/beathhigh for a chance to meet Ian Rankin as he tours Canada from November 25 to 30th to chat about his gripping new book, Saints of the Shadow Bible. 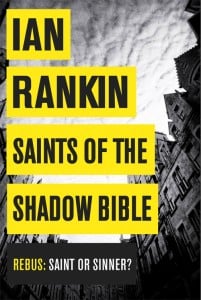