Candace Bushnell isn't bitter about Sex and the City. Really

The Sex and the City author's new novel is about a writer who's overshadowed by her fictional alter ego and the Hollywood star who plays her. Sound familiar? 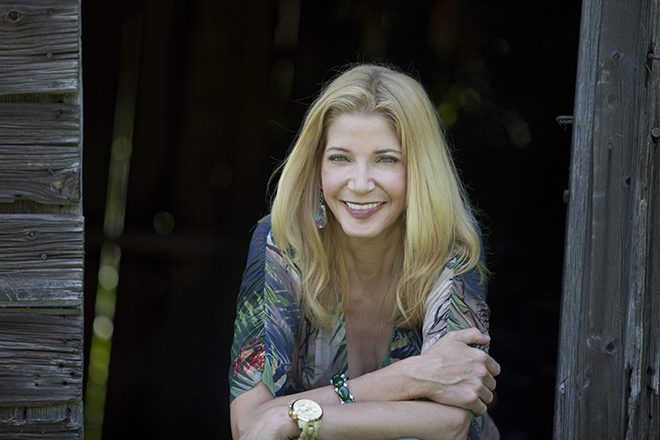 Candace Bushnell is teasing us. In Killing Monica, her soon-to-be-released novel, an author is upstaged by the actress playing her literary alter ego on the big screen. There are billboards, branded shoe collections and hysterical fans. “You know, something kind of similar happened to me,” says Bushnell, who is best known for her book, Sex and the City, over the phone.

A celebrity in New York’s literary circle, Pandy (a Bushnell type) becomes the toast of Hollywood when her books are optioned by a famous producer. Everyone wants a piece of her until the studio hires fashion model SondraBeth Schnowzer to star as Monica in the movies, and Pandy is quickly forgotten.

Much of the book portrays SondraBeth in an unflattering light. After becoming fast, hard-partying friends, who give themselves the portmanteau PandaBeth, SondraBeth steals Pandy’s boyfriend.

Bushnell insists the book is not based on her feelings about Sarah Jessica Parker and that Monica isn’t really like Carrie Bradshaw. “I feel very strongly,” says Bushnell, “when someone reads the book they’re going to get that it’s fiction.” Killing Monica, says Bushnell, is actually a blatant rip off of Philip Roth’s Zuckerman Unbound, in which a novelist faces the fallout from writing a too-popular character.

Whether she admits it or not, Bushnell writes what Bushnell knows. The New York Times once called the Sex and the City author “the master of blurring fact and fiction.” And the lines between reality and make-believe in Killing Monica are most definitely blurred.

It’s easy to trace characters and storylines in the book to Bushnell’s life. Pandy marries a playboy restaurateur after only a few months of dating, just as Bushnell married dancer Charles Askegard after a seven-week courtship. Both marriages failed —  in the book, the ex-husband gets a very public comeuppance for his transgressions.

Pandy and SondraBeth Schnowzer’s first meeting is set in a hair salon, the same location that Bushnell and Sarah Jessica Parker met before Sex and the City was turned into the hit HBO show. The similarities between SJP and SBS stop there. Carrie and Monica are decidedly different, too.

“For me, Carrie Bradshaw is every girl,” says Bushnell. “We want to be Carrie Bradshaw and we identify with her and her flaws. And I really saw Monica as the girl. Pandy created Monica to be perfect. Nothing bad ever happens to Monica. She’s not meant to resemble a real woman.” 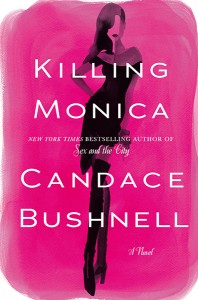 Where Bushnell really scores with Killing Monica are in grander themes, examining how authors are pigeonholed. Pandy is trying to sell a new historical fiction novel but all her editors want is more Monica. And Bushnell deftly probes questions of identity as Pandy struggles with her own insecurities once the world sees SondraBeth as the embodiment of her character.

In the end, Bushnell concludes that actresses who take on iconic roles are the real victims. “I don’t know how they do it,” Bushnell says. “Kim Cattrall is not at all like Samantha but everybody thinks that she is. Is that a cage? I think it must terrifying, every time you walk in a room people have all these presumptions about you.” When it comes to Bushnell, there’s no point in making presumptions — she’s made it far too blurry.

Related:
Six books to read before they become TV series
Judy Blume on confession, catharsis and coming of age
What to expect from Grey, the new 50 Shades book

FILED UNDER: Sarah Jessica Parker Sex and the City