In this excerpt from the first in a series of seven books, clairvoyant Paige Mahoney sends her mind wandering the streets of London — and her life changes forever. 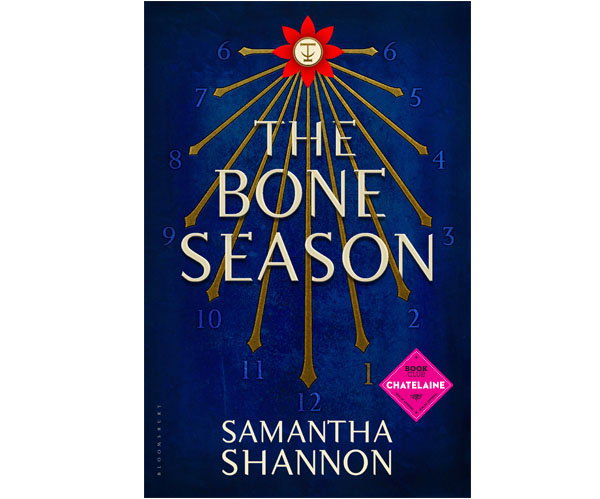 I like to imagine there were more of us in the beginning. Not many, I suppose. But more than there are now. We are the minority the world does not accept. Not outside of fantasy, and even that’s blacklisted. We look like everyone else. Sometimes we act like everyone else. In many ways, we are like every- one else. We are everywhere, on every street. We live in a way you might consider normal, provided you don’t look too hard.

Not all of us know what we are. Some of us die without ever knowing. Some of us know, and we never get caught. But we’re out there.

I had lived in that part of London that used to be called Islington since I was eight. I attended a private school for girls, leaving at sixteen to work. That was in the year 2056. AS 127, if you use the Scion calendar. It was expected of young men and women to scratch out a living wherever they could, which was usually behind a counter of one sort or another. There were plenty of jobs in the service industry. My father thought I would lead a simple life; that I was bright but unambitious, complacent with whatever work life threw at me.

My father, as usual, was wrong.

From the age of sixteen I had worked in the criminal underworld of Scion London—SciLo, as we called it on the streets. I worked among ruthless gangs of voyants, all willing to floor each other to survive. All part of a citadel-wide syndicate headed by the Underlord. Pushed to the edge of society, we were forced into crime to prosper. And so we became more hated. We made the stories true.

I had my little place in the chaos. I was a mollisher, the protégée of a mime-lord. My boss was a man named Jaxon Hall, the mime- lord responsible for the I-4 area. There were six of us in his direct employ. We called ourselves the Seven Seals.

I couldn’t tell my father. He thought I was an assistant at an oxygen bar, a badly paid but legal occupation. It was an easy lie. He wouldn’t have understood if I’d told him why I spent my time with criminals. He didn’t know that I belonged with them. More than I belonged with him.

I was nineteen years old the day my life changed. Mine was a familiar name on the streets by that time. After a tough week at the black market, I’d planned to spend the weekend with my father. Jax didn’t twig why I needed time off—for him, there was nothing and no one outside the syndicate—but he didn’t have a family like I did. Not a living family, anyway. And although my father and I had never been close, I still felt I should keep in touch. A dinner here, a phone call there, a present at Novembertide. The only hitch was his endless list of questions. What job did I have? Who were my friends? Where was I living?

I couldn’t answer. The truth was dangerous. He might have sent me to Tower Hill himself if he’d known what I really did. Maybe I should have told him the truth. Maybe it would have killed him. Either way, I didn’t regret joining the syndicate. My line of work was dishonest, but it paid. And as Jax always said, better an outlaw than a stiff.

It was raining that day. My last day at work.

A life-support machine kept my vitals ticking over. I looked dead, and in a way I was: my spirit was detached, in part, from my body. It was a crime for which I could have faced the gallows.

I said I worked in the syndicate. Let me clarify. I was a hacker of sorts. Not a mind reader, exactly; more a mind radar, in tune with the workings of the æther. I could sense the nuances of dreamscapes and rogue spirits. Things outside myself. Things the average voyant wouldn’t feel.

Jax used me as a surveillance tool. My job was to keep track of ethereal activity in his section. He would often have me check out other voyants, see if they were hiding anything. At first it had just been people in the room—people I could see and hear and touch— but soon he realized I could go further than that. I could sense things happening elsewhere: a voyant walking down the street, a gathering of spirits in the Garden. So long as I had life support, I could pick up on the æther within a mile radius of Seven Dials. So if he needed someone to dish the dirt on what was happening in I-4, you could bet your broads Jaxon would call yours truly. He said I had potential to go further, but Nick refused to let me try. We didn’t know what it would do to me.

All clairvoyance was prohibited, of course, but the kind that made money was downright sin. They had a special term for it: mime-crime. Communication with the spirit world, especially for financial gain. It was mime-crime that the syndicate was built on.

Cash-in-hand clairvoyance was rife among those who couldn’t get into a gang. We called it busking. Scion called it treason. The official method of execution for such crimes was nitrogen asphyxi- ation, marketed under the brand name NiteKind. I still remember the headlines: PAINLESS PUNISHMENT: SCION’S LATEST MIRACLE. They said it was like going to sleep, like taking a pill. There were still public hangings, and the odd bit of torture for high treason.

But back to that day. Jaxon had wired me up to life support and sent me out to reconnoiter the section. I’d been closing in on a local mind, a frequent visitor to Section 4. I’d tried my best to see his memories, but something had always stopped me. This dreamscape was unlike anything I’d ever encountered. Even Jax was stumped. From the layering of defense mechanisms I would have said its owner was several thousand years old, but that couldn’t be it. This was something different.

Jax was a suspicious man. By rights a new clairvoyant in his section should have announced himself to him within forty-eight hours. He said another gang must be involved, but none of the I-4 lot had the experience to block my scouting. None of them knew I could do it. It wasn’t Didion Waite, who headed the second-largest gang in the area. It wasn’t the starving buskers that frequented Dials. It wasn’t the territorial mime-lords that specialized in ethereal larceny. This was something else.

Hundreds of minds passed me, flashing silver in the dark. They moved through the streets quickly, like their owners. I didn’t recog- nize these people. I couldn’t see their faces; just the barest edges of their minds.

I wasn’t in Dials now. My perception was further north, though I couldn’t pin down where. I followed the familiar sense of danger. The stranger’s mind was close. It drew me through the æther like a glym jack with a lantern, darting over and under the other minds. Moving fast, as if the stranger sensed me. As if he was trying to run.

I shouldn’t follow this light. I didn’t know where it would lead me, and I’d already gone too far from Seven Dials.

Jaxon told you to find him. The thought was distant. He’ll be angry. I pressed ahead, moving faster than I ever could in my body. I pulled against the restraints of my physical location. I could make out the rogue mind now. Not silver, like the others: no, this was dark and cold, a mind of ice and stone. I shot toward it. He was so, so close . . . I couldn’t lose him now . . .

Then the æther trembled around me and, in a heartbeat, he was gone. The stranger’s mind was out of reach again.

Someone shook my body. My silver cord—the link between my body and my spirit—was extremely sensitive. It was what allowed me to sense dreamscapes at a distance. It could also snap me back into my skin. When I opened my eyes, Dani was waving a penlight over my face. “Pupil response,” she said to herself. “Good.”

Danica. Our resident genius, second only to Jax in intellect. She was three years older than me and had all the charm and sensitivity of a sucker punch. Nick classified her as a sociopath when she was first employed. Jax said it was just her personality.

“Rise and shine, Dreamer.” She slapped my cheek. “Welcome back to meatspace.”

The slap stung: a good, if unpleasant sign. I reached up to unfasten my oxygen mask.

The dark glint of the den came into focus. Jax’s crib was a secret cave of contraband: forbidden films, music, and books, all crammed together on dust-thickened shelves. There was a collec- tion of penny dreadfuls, the kind you could pick up from the Garden on weekends, and a stack of saddle-stapled pamphlets. This was the only place in the world where I could read and watch and do whatever I liked.

“You shouldn’t wake me like that,” I said. She knew the rules. “How long was I there for?”