The chart-topping writer chats with fellow author Lesley Livingston about heading to TV, saying goodbye to favourite characters, and new tales to come. 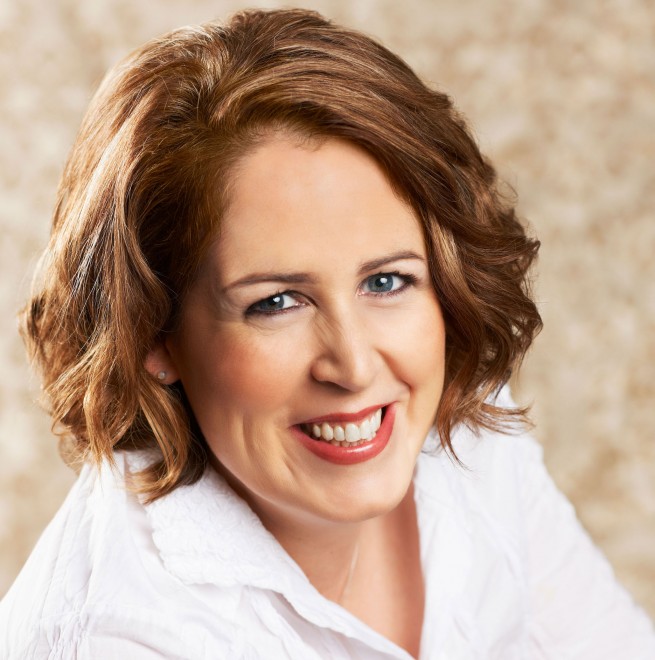 Kelley Armstrong is in an interesting place right now. She’s at the beginning of things and at the end. The prolific, wildly popular author of the Women of the Otherworld series, Armstrong has bid that 15-book world and its inhabitants goodbye. The same goes for her bestselling young adult series Darkest Powers and Darkness Rising, and her Nadia Stafford mystery trilogy.

But the first book in a middle-grade series, The Blackwell Pages, co-written with Melissa Marr, hit shelves in May, a new young adult series is in the works, and Omens, the first in the new Cainsville series, launched in August. It is, Kelley notes modestly, a year of transitions: “Everything is either the last book or the first book.”

With Omens, Kelley has found a new sandbox to play in — a strange and sometimes sinister world, inhabited by the good (and maybe not so good) townsfolk of Cainsville — and she’s visibly excited, sparkly eyed and grinning when she talks about it, full of secrets she can’t share but can’t wait for readers to discover.

But why move on from Otherworld? “It was a tough decision,” she says. “I thought, ‘I’ve still got more stories, I’m not tired of this world, I’m not tired of these characters. But then when do you stop? When you’re sick of the characters? When readers are sick of them? When your sales tank? I was still really enjoying those books, but I didn’t realize how much I needed a change, until I changed. When I wrote Omens, there’s that feeling. That fresh, bright, new, shiny feeling of building a whole new world.”

It’s refreshing, this enthusiasm for telling more tales — especially after having told so many already, and in such a relatively short time. It’s not a stretch to say 44-year-old Kelley has been a driving force behind the resurgence in the last several years of the paranormal genre, especially among female readers, with her dark, edgy stories and strong female protagonists.

That’s something she’s justifiably proud of. When she was writing Bitten, her first book, published in 2001, Kelley wasn’t sure anyone would want to read her untraditional take on a time-honoured trope. “It was different,” she says. It certainly was. As a psych major, Kelley has always been interested in issues of identity, she says. “Who am I? Where do I fit? Discovering what you really are — and embracing it — despite what the rest of the world might say.” Folding that perspective into a book about mythological monsters resulted in a fresh, fascinating mix-up of supernatural characters — a wolfwoman with real-world problems.

“When you said ‘werewolves’ back then,” Kelley says, “everyone assumed ‘horror’ and it was really hard to get past that” — so much so that she wasn’t sure she would even finish the book. “I was really feeling that no one’s ever going to buy this Canadian woman writing paranormal stuff,” she says. She says she thought she should listen to everyone else and “give up and go back and write something normal.”

Then, in 1997, Chatelaine ran a cover feature on Susie Moloney, author of A Dry Spell. “I saw that article and thought, Oh, my God! Canadian woman writing something with a paranormal element — and it had the biggest advance of a Canadian book ever at that time!” Kelley laughs. “So, yeah, that really got my butt moving to get the book done. I thought maybe it’s not such a crazy idea after all.” Now, Bitten is being turned into a television series. Kelley is both excited and contemplative at the idea. “It’s taking on a life outside of me, which is a good feeling. It’s going to continue on after I’m not writing it,” she says. “What I was not expecting was the readers who are less than thrilled. Especially when the casting started. I was unprepared for that.”

But that’s not a totally unfamiliar situation for a writer with a fan base seriously emotionally invested in her imaginary friends. “The weirdest thing is you get some readers who are unhappy with some of the choices I make for characters as if I’m their jailor.” She laughs and points to her head. “They live here. If they do something, I know that’s what they would do because I created them!”

Here’s hoping Kelley keeps creating them — and their strange and twisty worlds — for a long while to come. 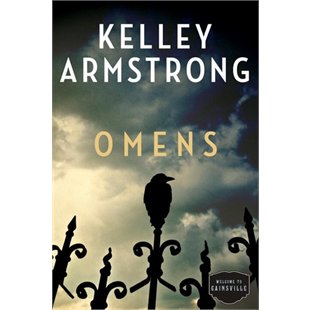