The author of the runaway bestseller One Day, which hits the big screen this summer, starring Anne Hathaway, talks to us about life, writing and sentimentality 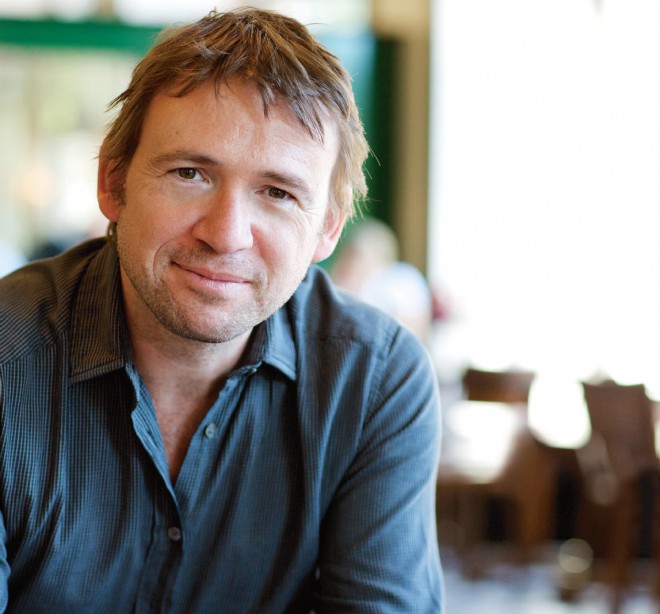 What is One Day about?
Hmm. Hard to say in brief. It’s an epic love story, a bittersweet comedy about lost chances, a tribute to friendship, a book about growing old and what changes and what stays the same, and a satire about British society between the ’80s and now. My first two books were romantic comedies, but I wanted to do something a little different this time—something big and emotional and ambitious.

Some of your fave books are by Charles Dickens. Was the structure of One Day inspired by their serialized format? What difficulties does a structure like that impose?
The structure of the book—the same day each year for 20 years—meant that I could approach it as a series of self-contained set pieces, some funny, some dramatic or sad, each of which ends with a cliffhanger. The fun of the book, I hope, is that the reader has to use the clues in the chapter to fill in the missing 364 days. I can’t say too much of where the idea comes from—it will give away the ending—but it’s Hardy rather than Dickens. I do love Dickens, though. I find him so compelling and emotional, and I think there’s an attention to story—to suspense and surprise—that one doesn’t always find in classic, or indeed contemporary, authors.

Critic Lisa O’Kelly called the novel “a brilliant meditation on the tragic gap between youthful aspiration and middle-aged compromises.” Is that what life and aging are to you: a compromise?
That’s not a quote I was aware of, but it’s very kind. Actually, I’m not sure that middle age needs to be a compromise. I like to think that I’m a lot more fiery and principled about some issues than I was at 20, and better informed too. I hate that idea that we become more conservative as we get older—it’s certainly not true of Emma in the book. But I think it’s fair to say that some of the youthful energy and passion seeps away as priorities change and new responsibilities come along—to work, to parents and partners and children. What Emma laments losing are the big, instinctive emotions—the sense that a song or book can change your life, or that a cause is worth sacrificing everything for. The constant falling in love, the ferocious debates. As she, and I, get older, there’s a greater willingness to see both sides of an argument. But is that a compromise, or just common sense?

You are able to convey a female voice so well.Why would you say that is?
Again, that’s very kind, though who knows why? I think the main thing is not to worry about it too much, not to constantly ask the question “But what would a woman do?” To think in terms of personality, not gender. Certainly, there are things that I’d be wary of writing from a female point of view—the experience of sex, say, or childbirth. But those other emotions and anxieties about work, or career, or money, or family, or unrequited love—well, I’m not sure that the male and female attitudes are that different. I hate that “men are from Mars” nonsense. I can see why it’s exaggerated for comic effect, in books and films. But I just don’t recognize it in real life.

You’re a former actor and have written a number of screenplays. Do you always write with a future movie in mind?
Absolutely not. When I’m writing fiction, I try to write the best prose I possibly can, rather than a screenplay in disguise. But no contemporary writer can be entirely free from the influence of movies, especially when writing a love story. I’ve always adored books and films equally, and inevitably there’s a certain amount of overlap in structure and story, in that sense of writing scenes and sequences. And even in fiction, I love that movie-style dialogue, the snappy back and forth you find in classic screwball comedy. And Woody Allen and Billy Wilder are as big an influence on me as Dickens or F. Scott Fitzgerald.

Any idea of directing some day?
Maybe. The level of control is certainly appealing; cinema is very much a director’s medium. And as an ex-actor, I’d love to have some say and involvement in casting and performance. But it’s a terrifying responsibility—all those questions, the vast crews, the money. Also, you have to get up at dawn. Screenwriters and novelists rarely see dawn. 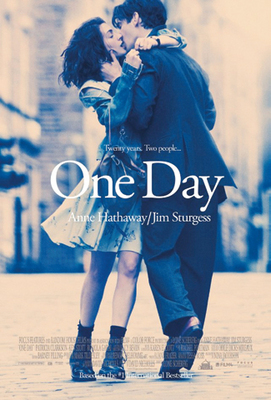 How were you involved with this movie?

I wrote the screenplay for One Day. It’s not an autobiographical book by any means, but it is very personal, and I hated the idea of someone else hacking away at the text without my say-so. Having said that, doing the hacking myself has sometimes been painful. There’s just no way of getting 20 years into 100 minutes without some difficult choices, and I’d certainly think twice before adapting my own work in the future. It’s too brutal.

You’ve created a playlist for Emma, which suggests your characters really live in your head. Is it strange seeing them brought to life, so to speak, on film?
It’s strange, but thrilling too. The experience of reading fiction is so subjective and personal; my Heathcliff, my Elizabeth Bennet, my Dracula are all different from yours. When you put something onscreen, you fix that image. Inevitably, different actors bring out different qualities. But I love our Emma and Dexter. Jim [Sturgess] has a soft, likeable, boyish quality that isn’t always to the fore in the book — he’s still maddening, but sympathetic too. And Anne [Hathaway] has all the vulnerability and insecurities of Emma, but with this terrific wit and sparkle too.

What’s the next book about?
I wish I knew. I have two or three ideas I’m planning out. Then I’ll decide which one I want to live with for the next two to five years. And there will be a romantic element, but it won’t be quite the same full-on, big emotional love story that One Day is. Something to do with family, perhaps. Or fathers and sons. Or travel. Or the past. Who knows?

All your novels are love stories. Are you sentimental?
I don’t think so, though I can’t help noting that all my favourite films — The Apartment, Annie Hall, Rushmore, The Philadelphia Story, Ninotchka — are love stories too, or at least romantic comedies. In truth, I hate sentimentality. What I enjoy are love stories that have the wit and insight to be sad too. It’s that bittersweet, melancholy, funny-sad quality that I aspire to, rather than hearts and flowers and running through fields.

The ’80s is a recurring theme in your books. Was it your favourite decade?
Quite the opposite. I think of it as a rather grey, mean, angry time. The ’90s, for all the horrors, was at least fun. But the ’80s was when I came of age, and that’s always a rich seam for novelists, especially in their first novels. I’m sure before too long there’ll be a spate of books about being 17 in the mid-noughties. Written in tweets.