Are you William plus Kate or Harper vs. Layton?

Today’s the big day! William and Kate are celebrating 72 hours of wedded bliss (48 of which non-televised). In other news, Canadians are going to the polls in their first post-royal wedding federal election. Which event are you more excited about? 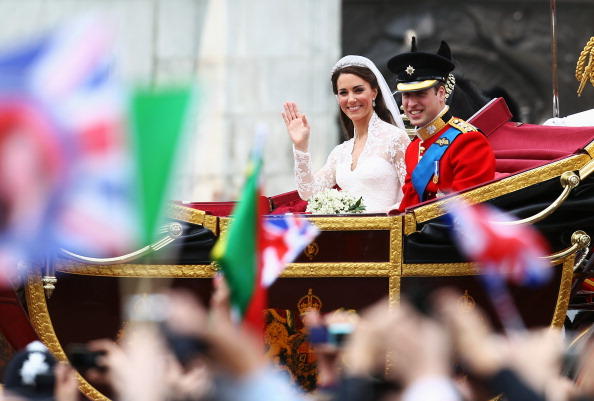 Today’s the big day! William and Kate are celebrating 72 hours of wedded bliss (48 of which non-televised). In other news, Canadians are going to the polls in their first post-royal wedding federal election. Which event are you more excited about?

If it’s the former, I can’t really blame you. While I can’t claim to be anything but indifferent to the ballad of Kate and William I have to admit it’s got to be more fun than listening to the candidates trade HST-related barbs. I’d rather look at Kate’s dress than endure yet another “he’s going to raise taxes!” campaign commercial too. (Know what’s worse than raising taxes? Campaigns that assume the mere threat of taxation will set voters blood a-boiling.)

I didn’t watch the royal wedding (though later that day I made a point of checking out Kate’s dress—nice!) and I’ve given short shrift to the debates. During the past five weeks leading up to the election, I’ve distracted myself with pressing matters of my own. I’ve watched numerous episodes of The Real Housewives of Beverly Hills, mentally undressed a few male cast members of The Borgias (Cesare!), and—oh, to be honest, I can’t remember the rest.

My extracurricular activities aside, I am going to vote today. Even though voting requires that I: a) figure out where I’m supposed to cast my ballot (you can find out the same at Elections.ca) b) remember who is the representative of the party I’m voting for in my riding (harder than it sounds) and c) leave my house for something other than a Mars bar and Us magazine.

Over the past few days I’ve heard a few friends and strangers proclaim their intention not to vote. I understand their point of view and can’t say that I’ve never done the same. But during the one or two times when I chose to opt out of the democratic process I never flattered myself into thinking that my absence at the ballot box was a political act. Nothing changes because people decided not to vote. Worthy candidates don’t spontaneously emerge to inspire a population who just can’t be bothered.

If someone asked me to outline each party’s platform in detail, I’d no doubt fail. But there’s a difference between ignorance and apathy, and I’d rather vote on instinct in today’s election than not vote at all.

On the way home, I may just treat myself to a Mars bar and Us magazine.