Are bad lovers more likely to cheat than good ones?

Why do some men cheat on their partners? One recent study (via Science Daily) argues that one of the reasons may be because they feel they have something to prove in the bedroom. And bad, good or just so-so, they feel the need to prove it again and again. 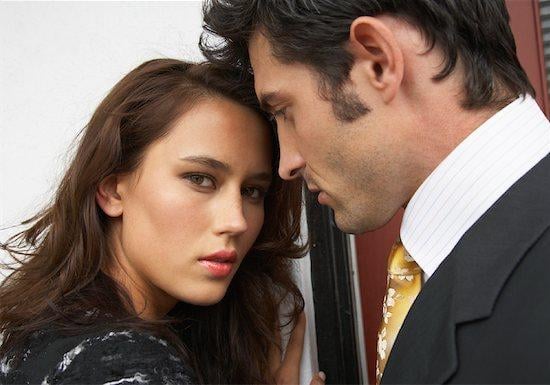 Why do some men cheat on their partners? One recent study (via Science Daily) argues that one of the reasons may be because they feel they have something to prove in the bedroom. And bad, good, or just so-so they feel the need to prove this again and again.

The study, conducted jointly by Professor Robin Milhausen, a sexuality researcher at the University of Guelph, and researchers at the University of Indiana, surveyed both men and women to see what factors influenced infidelity most. For the study, nearly 1,000 participants of both sexes were asked a series of questions relating to gender, marital status, sexual history, religion, economic status and education.

The researchers concluded that the greatest predictors for infidelity among men are certain personality characteristics rather than say, economic status. Those telltale personality traits linked to an increased risk of straying included a propensity for frequent sexual arousal and anxiety surrounding one’s sexual performance.

Why do men who fear their sexual ability isn’t up to snuff cheat more? It may be because sex with a stranger is both exciting and new. More importantly, if it’s just a one-night stand they may not have to deal with the fallout from an incomplete or unsatisfying encounter. (See ya, wouldn’t want to be ya.)

Women don’t appear to deal with the same issues surrounding arousal and performance anxiety, or if they do it doesn’t appear to influence their loyalty to the same degree as men. For women, it’s their feelings about the relationship that determine their risk of unfaithfulness.  The study found that women in unhappy relationships are twice as likely to step out on their partners.

But that’s not the only factor. Sex comes into play too for women, and in a big way. The study found that women who feel sexual incompatibility with their partner are three times as likely to be unfaithful.

How to increase the numbers of happy, satisfied women and sexually confident and able men? The answer to that question may solve more than the problem of infidelity, it may even bring about world peace.