Confession: there’s an app for that; anxiety disorders on the rise in young Canadians; the New York Times profiles Vancouver’s Insite; Victoria Beckham pregnant pursuit of American Vogue; and a little old lady’s handbag swinging skills save the day (and make ours). 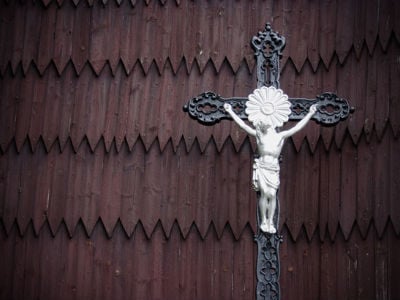 For all of you sinners too busy sinning to actually have a priest exonerate you of your wrongdoings in person, not to worry: there’s an app for that! Actually, the app just reminds you of what you’ve already confessed to, and when your next confession is scheduled, but still, what a timesaver! Confession: A Roman Catholic App is designed for use on Apple’s iPad and iPhone, and has been officially blessed by a real honest to goodness bishop. The Confession app is currently the fifth best-selling app in Canada.

A recent story on CBC Health highlights the growing number of Canadian young people suffering from an anxiety disorder. Anxiety can be a debilitating mental illness that interferes with a person’s ability to lead a normal life.  One psychologist said that as many as 25 percent of patients currently seeking treatment for mental illness suffered from an anxiety disorder. Some doctors believe the rise has been caused by a generation of parents pressuring their children to excel at too many activities, while others blame the economy and even social media.

The safe injection site in Vancouver’s downtown eastside has been making headlines in Canada for years, and now the New York Times is taking notice. The paper recently ran a story on the controversial health facility, which offers addicted drug users a place to safely inject with clean needles. The story highlights the fact that Insite has contributed to a significant drop in HIV infection rates, while other cities across North America have seen a rise. Despite Insite’s proven effectiveness at reducing harm to those at risk, the Conservative government does not want to grant the centre any more exceptions from federal narcotics laws. The case goes before the supreme court in May.

Did Victoria Beckham get pregnant for a fourth time just to appear on the cover of American Vogue? Probably not, but that’s what the Star is pondering. The gossipy publication speculates that the former Spice Girl was irked that Vogue never made her their cover girl. They say she figured the best way to get on the cover was with a significant baby bump. Hmm, sounds unlikely, though apparently Beckham is currently in talks with Anna Wintour, so it looks like she may get her purported wish.

Sometimes little old ladies get angry, and when they get angry, they’ll beat you down with their handbags and get you arrested. That’s what happened when a 75-year-old pensioner witnessed six grown men committing a bank robbery in the British city of Northampton. While others stood by and watched, the elderly dynamo charged onto the scene, handbag swinging,  causing enough of a ruckus to make one of the robbers fall off his scooter, giving the cops enough time to apprehend him. Watch the awesome video here.