From pressure to be exceptional to prodding questions from strangers, the subtle consequences of Islamophobia make me hope for a world where Muslims are unremarkable. 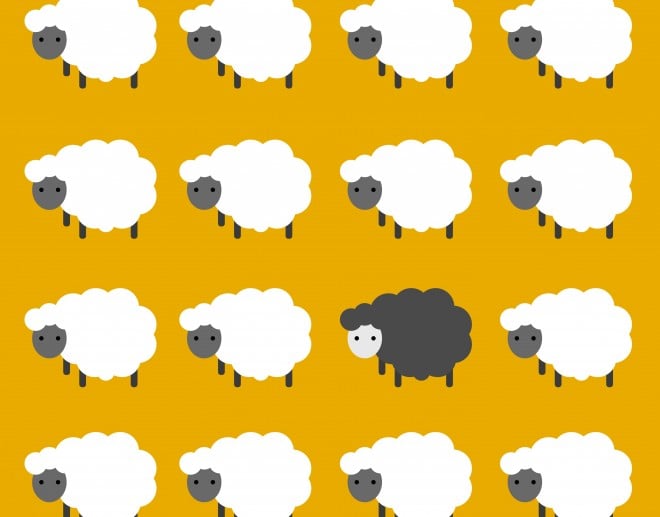 News about the latest attack on a Muslim girl on Toronto transit turned up on my Facebook feed this week as I was reading about “Canada’s growing jihadi cancer” on The Daily Beast. The article quoted well-known Muslim “moderates” (you know, the safe kind) fretting about this metastasizing creature invading the nation.

Author Dana Kennedy mentions Zunera Ishaq’s fight to wear her niqab during her citizenship ceremony, including Justin Trudeau’s support for the cause. But it’s unclear what the relevance of this is in an article about terrorism. In this climate, it’s not hard to figure out why women with head coverings are being targeted.

“But, at least so far, homegrown attacks in Canada are fairly rare,” Kennedy writes 21 paragraphs into her article. Surprising then, that nearly 2,000 words were devoted to the premise. The way we panic over “homegrown terrorism”— not to mention conflating it with Muslims — has gotten so out of control that a girl wearing a hijab on transit is no longer afforded the simple pleasure of being ordinary. Instead, she has to represent something larger than herself — every psycho terrorist even remotely associated with her religion — and endure whatever the consequence is. In this case, being sworn at, kicked and having her hijab pulled off.

The assaults against Muslim women in Toronto — this is the third attack in four weeks — shook me. As my colleague Sarah Boesveld has written, events like Trump’s proposed ban on Muslims entering America, ISIS attacks in Paris and the niqab debate that became heated during the federal election have surfaced racism that already existed in pockets of Canada.

Statistics Canada released its latest report on hate crimes this summer, showing that in 2013, Muslims were the only religious group to experience an increase in hate crimes. That same year, amid the Quebec Charter of Values debate, a survey found 69 per cent of Quebecers “held an unfavourable opinion of Islam,” up from 68 percent in 2009. In the rest of Canada, 54 percent felt the same way, up from 46 percent in 2009. I’m curious to know what the statistics would be today but, at the same time, I might be better off not knowing.

The response Muslims often have to hostility towards us and our religion is to prove how awesome and worthy we are. Barack Obama lent his voice to the cause last week addressing Americans after the shootings in San Bernadino, Calif. “Muslim-Americans are our friends and our neighbors, our co-workers, our sports heroes,” he said.

Donald Trump was unconvinced. A day later, he tweeted: “What sport is he talking about, and who?” He got an answer pretty quickly. Massive lists of outstanding Muslim athletes weren’t too tough to compile for the Washington Post, Quartz, Mashable … well, you get the point.

I felt uncomfortable as I saw these articles being shared with pride across all my feeds. Why do Muslims have to be exceptional to be acceptable? Why do I have to be “twice as good” to be valued as a human being?

Kareem Abdul-Jabbar — the NBA’s all-time leading scorer, author, intellectual and pretty much the definition of exceptional — addressed the meaning underlying Obama’s words in his latest column for Time, writing: “What makes his statement even more insidious is the suggestion that, even if there were no Muslim sports heroes, Muslims would somehow be lesser people, less worthy.”

Well-meaning people often highlight differences, not realizing the discomfort it can create.

I met a guy recently who marveled that Ramadan must be quite “special” and wanted to know details of how my family broke fast. He was politically progressive, educated and incredibly bright. But immediately it was clear how he saw me: someone with secret, magical, fast-breaking ways. It seemed odd that a man I just met wanted to access my intimate religious experience. It left me wondering why he thought he could ask me about my family’s Ramadan rituals. Was it so I could prove that being Muslim was really about the kind of peace, unity and love that my people emphatically and apologetically express after any terror attack?

My experience with religion is like most people’s: ritualized and mundane. Why can’t Islam be one more part of Canada’s social fabric rather than something different that needs to be dissected and discussed? Isn’t it considered distasteful to ask how someone practises their religion when you first meet them?

I realize these types of moments — the cringe-worthy “Meet a Muslim” day, Obama giving a shout-out to Muslim athletes or some dude wanting to know more about my family’s dinner table — are well-intentioned. But I should be able to move about life like any other normal person, without scrutiny, free of expectations to be exceptional or exotic.

‘‘There is no core identity, no mainstream in Canada,’’ Prime Minister Justin Trudeau is quoted saying in a New York Times profile from earlier this month. ‘‘There are shared values — openness, respect, compassion, willingness to work hard, to be there for each other, to search for equality and justice. Those qualities are what make us the first postnational state.’’

That’s a lovely idea and something to aspire to. But there is an idea about what mainstream is in our country and given that Muslims aren’t reflected in that, it’s safe to say we aren’t quite postnational yet.

Related:
Canadian Muslim women fear for their safety
5 ways Canadians have stood up to Islamophobia
I’m a Muslim voter and I’m sick of hearing about the niqab