Ahead of a visit to Montreal, where the singer-song-writer will accept Amnesty International's highest honour for activism, Keys talks politics and poutine with Chatelaine 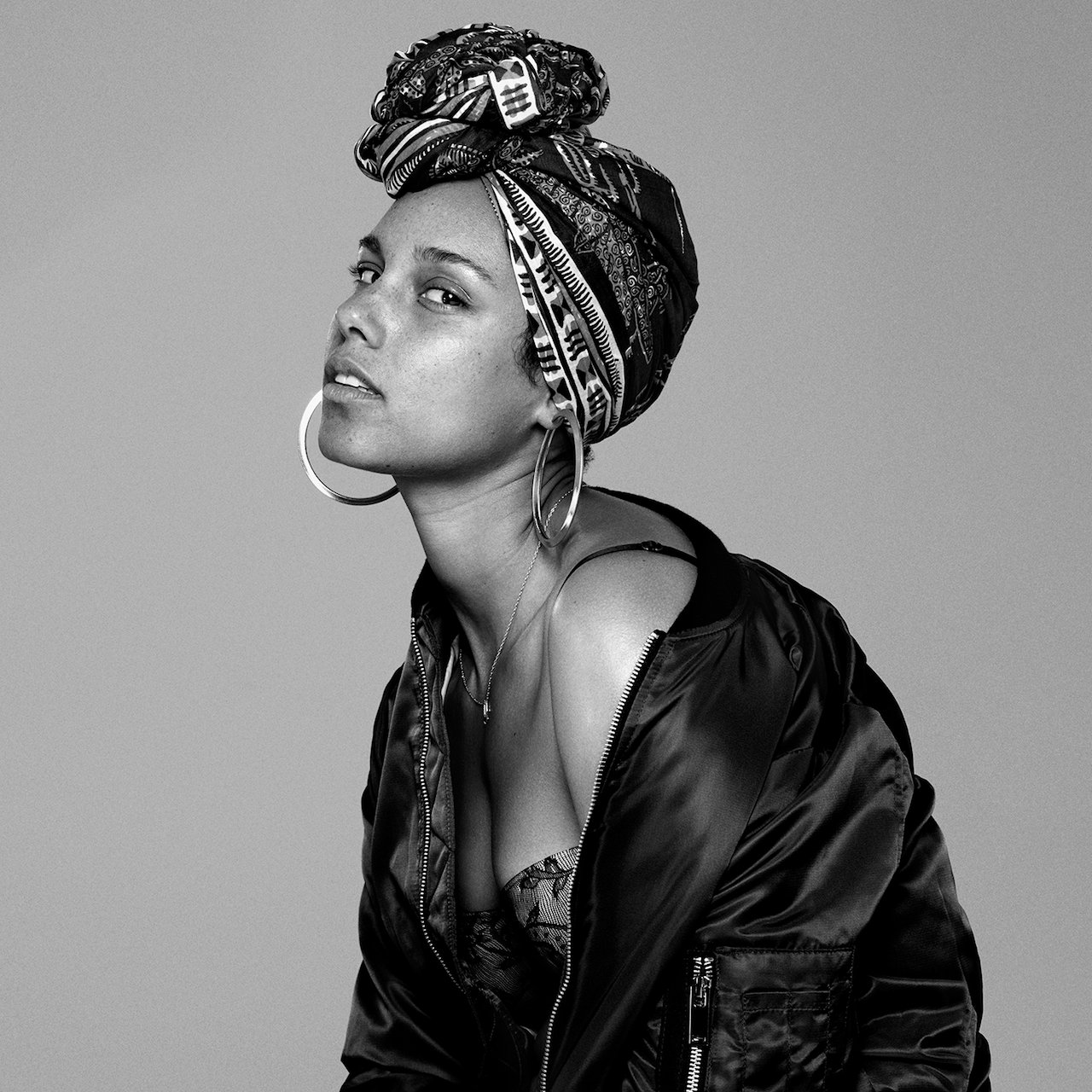 For Alicia Keys, a 15-time Grammy winner, former host of The Voice and proud wearer of no makeup, being an artist and an activist are one in the same. In 2003, she co-founded Keep a Child Alive, a non-profit devoted to providing treatment to kids and families affected by HIV in India, Kenya, Rwanda, South Africa and Uganda. And in 2014 she started the We Are Here Movement, a coalition of organizations that encourages youth to fight for equality, racial justice and environmental consciousness, among other causes.

Now Amnesty International is recognizing Keys’ good work by giving her the Ambassador of Conscience award, the same honour bestowed upon Malala Yousafzai, Nelson Mandela and, this year, the indigenous rights movement in Canada (Cindy Blackstock will be one of six people accepting the award on behalf of the collective). Ahead of the ceremony in Montreal on May 27, Keys spoke to Chatelaine about motherhood, Justin Trudeau and doing her worst Gloria Gaynor impression.

We’re talking a few days after Mother’s Day, and I notice you give your mom a lot of the credit for your musical success and for shaping who you are. Is she also at the centre of your activism?
She deserves so much credit, and now that I understand what it is to be a mom, it makes me even more in awe of her. She’s always been a very, very, empathetic woman. From a young age, she would say, “How do you think that makes somebody else feel?” She gave me that spirit of walking in the shoes of another.

So empathy is key to your activism.
Yeah, it’s about caring and learning about what’s happening outside of your four walls.

You mentioned understanding what it takes to be a mom. You’re raising your kids in an America that’s being led by a very different president from Barack Obama. There’s a lot of fear and tension in your country right now with Donald Trump, and I wonder what keeps you up at night?
I think about how important it is to know many people from many different places, to listen to them and to learn about their backgrounds and their heritages, what they think and what their stories are. To me, that’s the most troubling thing: the reason why a person would feel the need to be so oppressive or the need to ban people from coming to a country is because there’s so much fear in that person, because they’ve never heard other people’s narratives… or understood them enough to have compassion and love for them. That, for me, is the most important thing to teach my kids.

You performed “Girl on Fire,” at the Women’s March in D.C. this past January. Do you think the fire of that day is still alive?
The power of that day was so crazy-palpable. I mean, it resonated throughout the world. It was so clear that we were all standing together in that one place to exercise our right to say, “You won’t devalue me and you won’t devalue what we believe in, and you won’t devalue those I love, and you won’t devalue those that don’t look like you, and you cannot take away from us what we believe and what we know is right.” It was so beautiful because it was so peaceful and so strong, which was further validation of how much power we have inside of ourselves. There are [still] people gathering in their homes, in their churches and in their online communities. I believe the momentum and the energy of that day is only getting bigger and stronger.

Justin Trudeau has become known as “the feminist prime minister.” Since you’re about to come to Canada, I wonder: what are your impressions of him?
I’m down for anybody who is making strong and supportive statements for women’s rights; that’s so important for the rights of indigenous people and important for supporting refugees. [We’re in a] time when there are a lot of politicians who demonize others and stir up a climate of fear and division, and that’s obviously not going to do anything but put us back 100 years into the dark ages, which sometimes I personally feel we live in. And so, I do think we should celebrate leaders who take a positive stance on human rights, but I also think that our leaders — well all of us — but especially our leaders need to do more than just talk the talk.

I know that Amnesty International and other human rights activists have pointed out that the Trudeau government can do to more turn his words into action. For example, ensuring that they don’t turn refugees away from the border that they share with the U.S. I understand that there’s a lot that needs to be done in regards to discrimination against indigenous people in Canada, which you find to be the case everywhere, sadly, and that’s so frustrating. There’s totally more that needs to be done.

How has your relationship to music and advocacy evolved since you first started out?
When I first started, it I was all about the dream: is it even possible to to be heard, for people to know your music? And then when you get a chance, if that does become real, there is a whole world before you that can listen to the words you have to say. Then, as I grew, [I realized] that I’ve always loved very political artists. I was 11 or 12 when I was first discovering Nina Simone, Curtis Mayfield and Marvin Gaye — people who really had radical songs — Bob Dylan, John Lennon. They would would actually change your outlook. I started realizing that was a part of who I am, and a part of what I want to do. There are so many stories to tell and to be moved by and to be frustrated and angered by, so that you can find a place in yourself to do something about it.

Now that we’ve talked about some heavy issues, I have one last fun question for you: what’s your karaoke jam?
Depends on my mood. I would do either “Rapper’s Delight” or “I Will Survive.” And my goal whenever I do karaoke is to sing the worst you’ve ever heard because people are like, “Oh you’re going to sing all good,” so I always sing the worst.

Thank you for taking the time to answer my questions and congrats on the award. I hope you get to try some poutine while you’re in Montreal.
Poutine, is that the place to go?

Poutine is fries, gravy and cheese curds. You can get vegan and vegetarian options. It’s a Quebecois dish. It’s so good.
Oh my god, is that gonna kill me? You’re trying to kill me up there.

This conversation has been condensed and edited for clarity and length.

More:
Subscribe to our newsletters
What Melania’s hand-swatting means for Donald Trump’s brand
The story behind those Oprah magazine images sparking intense conversations