Airport body scan boycott, how sitting at work could kill you, cough medicine dangers for kids

No one likes being groped at the airport, including Hillary Clinton. In a recent interview, Clinton said the whole ordeal is one she would avoid if she could, and she's not the only one. This week angry Americans are encouraging citizens to boycott airport full body scans... 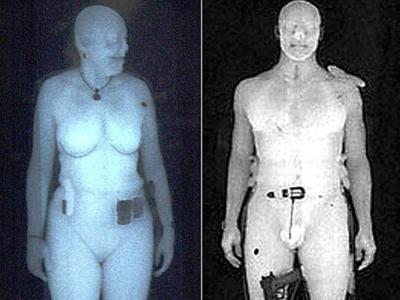 No one likes being groped at the airport, including Hillary Clinton. In a recent interview, Clinton said the whole ordeal is one she would avoid if she could, and she’s not the only one. This week angry Americans are encouraging citizens to boycott airport full body scans, which critics liken to a virtual strip search. The boycott has been labelled National Opt Out Day and is scheduled for this Wednesday – the busiest flying day of the year.

Office workers of the world, get off your butts! A new study has found that those who spend six hours or more seated each day are likely to die younger, and that this is especially true of women. The American Cancer Society reports that spending long periods seated each day dramatically decreases longevity, even for those who are physically active outside of work hours. Researchers say the solution is to provide employees with adjustable desks that can accommodate both standing and sitting positions.

The removal of cough and cold medication for very young children from store shelves has resulted in fewer emergency room visits, a new study has found. In 2007, manufacturers voluntarily withdrew medicines labelled for babies and children up to age two, and in 2008 Health Canada recommended avoiding cough and cold medications for children under six. Both moves came in response to complaints from pediatricians that the products were ineffective in young children and even dangerous. Now, a new American study shows ER visits for children reacting to these medications has dropped by half. Still, experts warn parents to throw out any old kids medication and keep their own out of reach, as children still arrive at the hospital who have ingested medication on their own.

The British Columbia Supreme Court yesterday began a hearing that could dramatically alter the province’s polygamy laws. The hearing comes in the wake of a failed prosecution of two leaders from the religious community of Bountiful last year. The trial addresses an important question: should all polygamy be illegal, or just unions involving minors and exploitation? If the court throws out the law that bans all polygamy, it will make Canada the first nation to decriminalize the act in the developed world.

New numbers from the World Health Organization reveal that some one billion people cannot afford health care, and another 100 million are pushed into poverty by health care costs each year. The new report, released Monday, said that all countries could do more to make universal health care more accessible, and that governments should examine creative new ways to raise revenue, such as increasing taxes on “sin” items like cigarettes, alcohol, and currency transactions.