Abandoned at birth: Janet Keall cracks one last mystery — the identity of her birth father

Chatelaine recently published the astonishing true story of a Canadian woman who was left on a doorstep as a newborn. Twenty years of searching led her to find five siblings and the identity of her birth mother. Now she answers one final question.

This past December, Chatelaine reported on the story of Janet Keall, a Prince Edward Island–based woman who was abandoned as a newborn in 1977, at the back door of a hospital in Prince Rupert, B.C.

When we published the piece, Janet had spent more than 20 years searching for her birth parents. Through DIY detective work, she discovered four half-siblings, two of whom were also abandoned in Prince Rupert, and the identity of her birth mother, Sarah*, who died just months before Janet found out who she was. One of those half-siblings, whom Janet calls Rose, died in infancy, diagnosed with a rare genetic disorder. You can read the story in its entirety here, and catch up by watching the videos embedded above and below.

Since then, Janet has learned that Sarah abandoned Rose soon after birth, leaving the hospital without her. Janet also discovered a likely fifth half-sibling – a baby boy left on the doorstep of a Vancouver hospital near where Sarah was living at the time. He, too, died in infancy and had the same genetic disorder as Rose. Janet was also determined to find her birth father and, in April, she had a breakthrough. This is the final chapter in her search for answers. 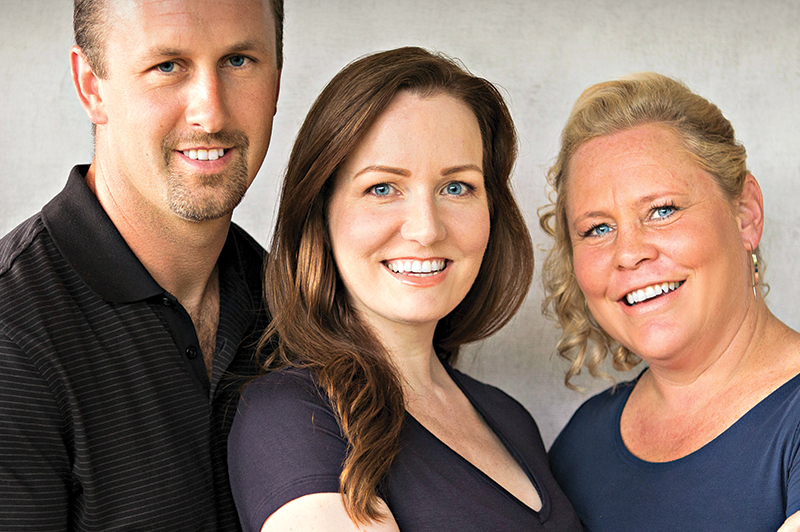 Stephen*, Janet Keall and Kathie Rennie, three siblings who were abandoned in Prince Rupert, B.C. and found each other this past summer.

“Do you know of any men who dated my mom?” By now, Janet Keall is used to asking strangers intimate questions. This phone call, in January, was to an old friend of Sarah’s from Prince Rupert. Maybe she knew Janet’s birth father.

“Yes,” the woman replied. “I remember one gentleman she dated for more than a year. She really loved him.” Janet’s ears perked up. Could he be her biological father? The timelines matched up. But there was one big problem: the woman couldn’t remember his name. It was too far gone, 40 years in the past. Here we go again, Janet thought. Two decades of searching had taught her that nothing comes easy.

A few weeks later, the woman called back. She’d been thinking hard but still couldn’t recall a last name. She had, however, come up with a first name: Daniel*. It was a start.

Janet asked a volunteer to dig through old high school yearbooks at the Prince Rupert library, looking for boys named Daniel. Within an hour, she had a full name with matching photo. “I’ll never forget it. I’m looking at a picture, and he’s 16 or 17 years old. And I could see a similarity for sure,” she says. The eyes were like hers, the shape of the ears, the rather serious facial expression.

A quick search of Canada411 gave her a phone number in southern British Columbia. Suddenly, her only living birth parent might be 10 digits away. But Janet couldn’t bring herself to make the call. She spent the next several weeks steeling herself, preparing for any outcome.  “I see stories all the time. Lots of families are reuniting because of DNA,” says Janet. “I’d say half of these conversations go very negatively. Doors are closed, phones are slammed. People do not want to admit what has happened in their family.”

On April 30, 2017, from her home in Charlottetown, Janet dialled those 10 digits. Daniel* wasn’t home. But later that night, he returned the call. “It was such an amazing conversation,” she says, still wonderstruck. “From the minute we first spoke, he was just so loving and so open.” She just knew — she had found her birth father. “It was the sound of his voice, the way he expressed himself,  the way he thought. We were so similar, and we had an immediate connection.”

Daniel and Sarah had been in a loving, committed relationship. But when she became pregnant, she hid the news. Janet still can’t quite fathom why. The relationship fell apart and Daniel left Prince Rupert soon after without ever knowing Sarah had given birth to his child. He never heard from her again.

He married, built a successful career in engineering and settled with his wife in a small town. They never had children. And when Janet first connected with him, he had never heard the story of Prince Rupert’s abandoned babies.  “He was very shocked, but he was so happy.”

Both Janet and Daniel wanted a legal DNA test and nine days later, they shared the results by phone: the probability of paternity was 99.9996 percent. Amid their tears, he thanked her for searching all those years, for never giving up. “But you were missing,” she replied. “How could I stop?”

Now they’re starting to build a relationship and plan to meet in the coming weeks. Finally, Janet has the answers she’s been seeking all along. “I actually know the people who made me,” she says, “the reason why I’m living.”

More:
Summer movie guide: 10 popcorn flicks made for adult women, not teenage boys
9 tips for making the best-ever homemade burger
The Tories have forgotten about women, and it’s going to hurt them in the long run