A permanent (or not!) regret

We all have regrets. I have one that I can see right now as I sit cross-legged in my chair. The tattoo on my ankle is a daily painful reminder of how stupid I was. Having a tattoo that you hate is a constant reminder of a time when you did something dumb. When my daughter was young, I used to tell her the tattoo was a band-aid. But somewhere over the years she got smart and said, “Mommy, your band-aid isn’t coming off!” 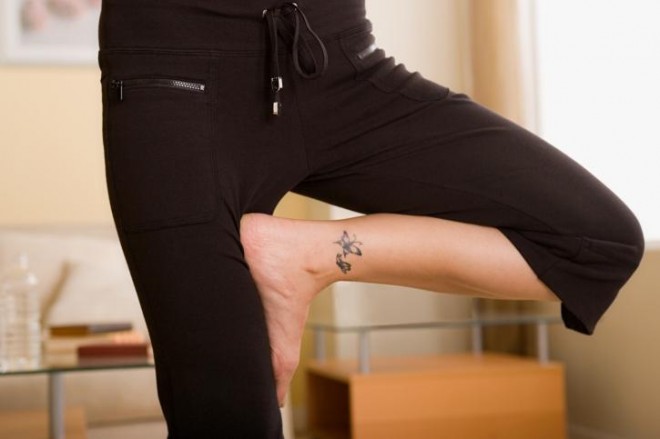 We all have regrets. I have one that I can see right now as I sit cross-legged in my chair. The tattoo on my ankle is a daily painful reminder of how stupid I was.

Having a tattoo that you hate is a constant reminder of a time when you did something dumb. When my daughter was young, I used to tell her the tattoo was a band-aid. But somewhere over the years she got smart and said, “Mommy, your band-aid isn’t coming off!”

The thought of my daughter getting a tattoo makes me squirm and get very, very angry. If I had told my mother before I got the tattoo on my ankle, she probably would have said, “You’ll regret it!” “You have such beautiful skin!” “If you like it so much, why don’t you just draw it out on paper instead of getting it inked forever on your skin?”

Yes, all things I would tell my daughter if she told me she was thinking of getting a tattoo. For years now, I have wanted to get rid of this tattoo, which is a sun, but a very badly drawn sun, and definitely says; “I was in first-year university and stupid when I got this done.” It looks neither classy nor cute when I wear heels.

There are a lot of us out there who regret our tattoos. Just look at Angelina Jolie, who had to get Billy Bob’s name removed from her skin, as an example. For years, as I’ve said, I’ve wanted to rid myself of this tattoo that holds absolutely no meaning to me. I just keep saying to myself, “Well, the longer I wait, the better technology will be, and then for sure it will be removed entirely.”

Can this tattoo be removed?
At Advantage Laser Clinic in Toronto, they specialize in everything laser, including cellulite and hair rejuvenation. They have an entire page on their website dedicated to laser tattoo removal.

The number of available treatments to remove a tattoo, they say, varies depending on the colour, whether the tattoo is professional or amateur, and your skin tone. Generally, treatments vary from four to 12 sessions. Apparently, the laser feels like “warm pinches.” Yellow tattoos are amongst the most difficult to treat. The treatment varies depending on the size of the tattoo and number of colors involved. There is a potential side effect of scarring, but it depends on one’s healing capabilities and how well you care for the area post-treatment. The cost starts at $100 per treatment.

I spoke with Ruthann Rocco, who also had a tattoo recently removed.

1. Your thirties, it seems, is when you start really hating your tattoo. Like me. Like Rocco. “I got my tattoo removed when I was 36. I got it when I was 23.” She says she “never really liked it and I thought it looked unprofessional.” Like me, she had the tattoo on her ankle. It was a rose. She went to the Institute of Cosmetic Surgery in Oakville for laser treatments.

2. She would tell anyone thinking about getting a tattoo, “Be sure it is what you want. And be sure of where you want it.” She would even go as far to say it could scar someone for the rest of their lives. “Mine,” she says, “is still not permanently gone after five treatments. My skin has faded in the area where it was, and I still see pigments of color.”

3. She went through the laser treatment and says it was not painful. “They gave me a needle to freeze the area. The needle hurt the most.”

4. She says that the after-care is the worst part of the procedure. “You cannot get it wet. You have to apply ointment, clean it every day and bandage it up. You have to wait until it dries up and the scab dries up and falls off before you can go back for another treatment.” Basically, it could take months to get rid of a stupid mistake that only took an hour.

And neither will I. But this summer is when I’m going to start fixing my ankle. Less than an hour of stupidity how has lead me to months and more expense to get rid of. I can’t lie to my daughter any longer. This band-aid, as she thinks — otherwise known as one of the stupidest things I’ve ever done — is really coming off.

Do you have a tattoo you regret? If not, what’s your biggest regret? Share!