A host of new dating websites get even more selective

Niche dating websites narrow the pool; the Starbucks’ mermaid goes solo; “deals” to avoid in 2011; a blood test for Alzheimer’s; and disturbing reports of rape in Haiti. 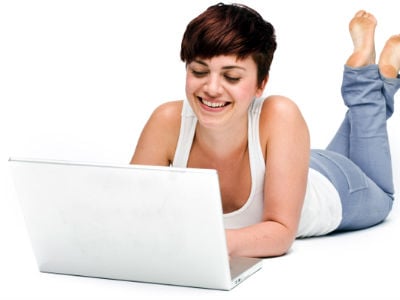 Mainstream dating websites allow you to set parameters on the matches you’re shown, but now a new set of niche sites is narrowing the online dating pool even further. Are you a vegetarian? Book lover? Virgin? Extremely good looking? Then there’s a dating website for you. Check out the New York Times article on the topic to find the dating site designed specifically with your unique characteristics in mind.

What does a two-tailed mermaid signify to you? For most people, it represents some sort of caffeinated beverage, as the green siren has been the logo of Starbucks coffee for some 40 years. Now, the coffee empire is releasing the latest incarnation of their lady of the ocean – a circular, text-free image of the split-tailed mermaid. Apparently, Starbucks has decided that the image is recognizable enough to stand alone. As the website Jezebel explains, it’s nice to see such a sexually charged feminine image in the mainstream, even if it is to sell lattes.

Everyone loves a deal, but sometimes what may appear to be saving you money is actually be costing you cash. Here’s a handy list of eight so-called “deals” you’re better off avoiding in 2011, and why abstaining will end up saving you money.

Researchers say they may have discovered a blood test for Alzheimer’s disease. Scientists at the Scripps Research Institute in Florida are reporting they have found a way to identify the disease by testing for antibodies in the blood. They say that an accurate blood test may be as little as months away.

Hundreds of Haitian women living in the makeshift relief camps that sprung up post-earthquake have been raped, a new report has found. The Amnesty International report documents reports of more than 250 cases of rape in several camps in the first 150 days after the quake. The report also found that little is being done to control the problem, with police officers often turning a blind eye. Amnesty International is recommending that records be kept of all assaults, that police presence be increased, and that women be made aware of the recourse that is available to them.