The reno files: My home before and during renovations

Our home editor Virginie Martocq shares her own home's renovations — before and mid-way. She's taken some pictures so you can see what's in store. 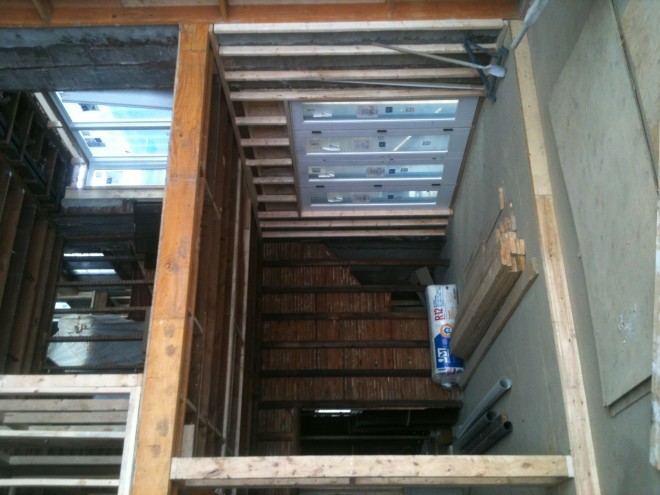 I shouldn’t be allowed to have a blog. I have far too many things on my plate to post regularly! But like most renovators, I love sharing what’s happening on the job site. With that in mind, this is an update on what’s going on at my house.

My hubby and I had a rough November and December. The builder got caught between the two jobs he was working on, so nothing happened at our house for at least two weeks — except for some fighting. My husband and I argued on as we waited for the framing crew to finish at the other house before coming to ours.

But we are back on track, despite our home renos being two months behind schedule. Here’s a gallery of some befores and mid-ways.

This is a view of the dining room before and now: 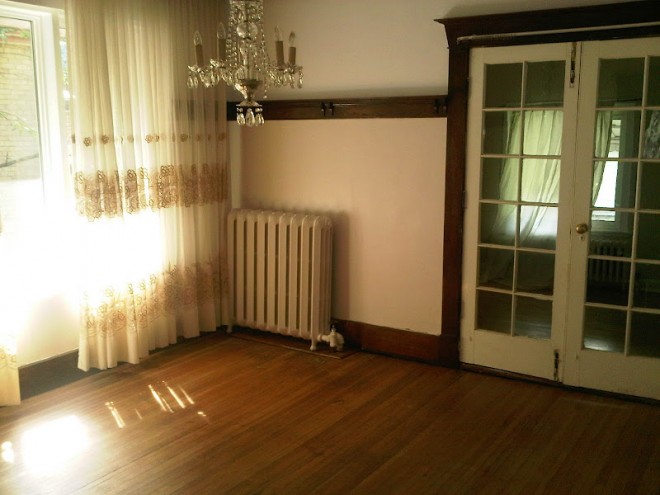 You can see that we have taken the back of the house off (behind the french doors) and built a two story addition with double-height ceilings. The entire back wall of that addition is going to be glass. That’s being installed next week and I’m so excited I can barely breathe!

Now here’s a view of the kitchen: 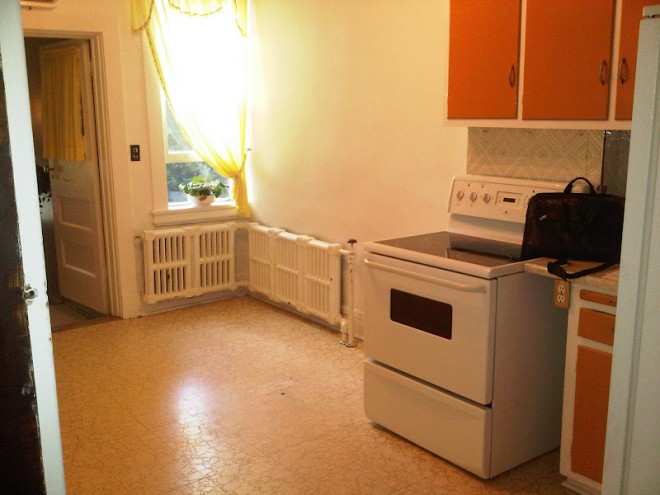 On the left is the old kitchen, and the right shows where the kitchen was (right hand part of the picture) including the new extension. We’re loosing the pretty little window because the addition goes across the entire width of the house. But since we took down the wall between the kitchen and the dining room, and since we’re installing french doors in the new dining room, I don’t think a lack of light is going to be an issue.

Here’s a view standing in the addition (now the living room) looking towards where the kitchen (left) and dining room (right) will be. You can get a sense of the height of the ceilings here- there will be a glass railing above where the den overlooks the living room.

Finally, here’s a picture of the front of the house, before and after. There’s not much of a change, except that I love love love the way the new windows, with their larger expanses of glass, make the entire house look wider. You can also see that nothing has changed yet on the third floor where the dormer is. That’s because we are waiting for our permits. Turns out that though we’re allowed to build the entire huge addition on the back of the house without the neighbours’ approval, we will need to go to the Committee of Adjustment in order to centre the dormer. I don’t understand why when all we’re doing is making the house look nicer from the street. 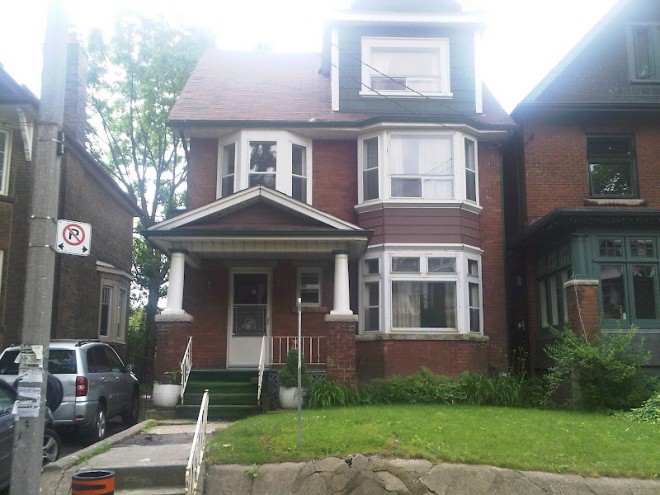 And here’s an exciting announcement- starting Tuesday next week, Severn Woods Construction will be posting on my blog. The husband and wife team are builders and writers. Perfect! Their first column will be about getting along with neighbours during a disruptive reno. I’m really looking forward to that bit of advice- I’m going to need it as we head into the Committee of Adjustment!

Have a nice weekend!