The reno files: Five essential things to look for in a new house

Join me each week to track the progress (or lack of progress) as my husband and I take on a major house renovation. Ten weeks before we're out of our current house. The contractor says it's a six month job. Are we going to make it? Week 1- we get the house. 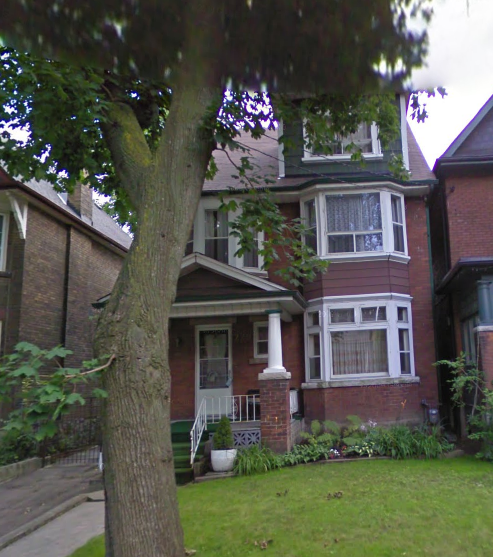 I’m so excited I can barely sit still. I feel like I have ants in my pants because we get our new house tomorrow and ideas are literally swirling around my head like the flying monkeys in the Wizard of Oz. Except not quite as scary or sinister. I can’t lie. I do feel slightly overwhelmed. A little background info; we sold our house in a misguided fit of folly about four months ago. The restless renovator in me reared its impatient head when the spring real estate market hit and within a week we had our house listed, within two, sold. Thrilled, I set about trying to find a new, and better place for us to live. That’s tough in the competitive Toronto market. Four offers and three months later we had bought an overpriced, underwhelming fixer upper.

But here are the five fabulous things that sold me on this damsel in distress. If you’re in the market, you might want to consider these points, too, because no amount of money can buy these essentials once you’ve got the keys in hand.

1. Orientation of the house on the street. Our new street is an east-west street, with the house sitting on the south side of the street. That means that the back of the house, that faces the garden, and where most of the living spaces will be relocated to, is south facing. Let me break that down for you: All day light. That was number one on my list.

2. Lot size. I desperately wanted a bigger lot. While the 100 foot deep lot we are leaving felt fine for us when the kids were little, my six-year-old son soon outgrew its slick, cocktail-sipping design. And while there is a park two blocks away, the idea of shooing him (and his soccer ball) out the door while I make dinner was too appealing to ignore. So my new 34 x 140 lot feels palatial in its expanse!

3. Detached v/s semi detached. Yes, it’s a luxury in downtown Toronto, but I really wanted a detached house. Something about windows on four sides. Again, the light issue.

4. Parking. Not a biggie for me until our automatic garage door opener broke and I found myself looking for parking on our street the day of the massive street party, and having to carry my rather dense, sleeping, two and a half year old into the house with an armful of groceries. So parking is a must now.

5. Neighborhood. While the grunge of downtown living was wildly appealing when I was younger (and still is, in many ways), with two little ones under foot, school districts, young families, proximity to parks, libraries, rec centres… all those things start to matter now. So I’ve traded a little of the glory of living in one of the coolest neighbourhoods in Toronto for one that’s only slightly less so, and a little further of a drive. I’m considering these my suburban years, even though we are still ten houses from a really great street, complete with coffee houses, shopping, restaurants and at least one summer street fair, that I know of. Less drunken teenagers shouting in the streets at two am, more screaming toddlers at six am. It’s all good by me.

Check in next week when I start posting before shots of the new house and many, many, many inspiring reno photos. Demolition starts early July. Nothing like the smell of plaster dust to get the creative juices flowing!