Now you can have your house Marie Kondo’d in Canada

After finishing a rigorous program, Marina Ramalho is the first certified Marie Kondo consultant in Canada. Here’s how she did it. 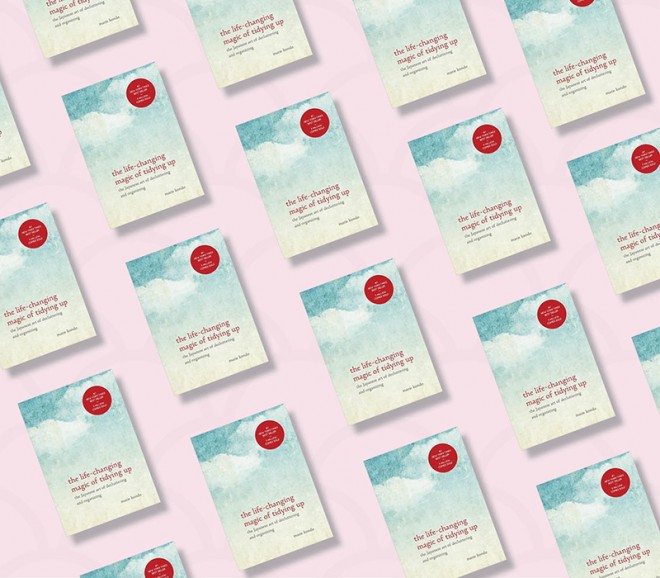 Marie Kondo’s 2014 bestseller, The Life-Changing Magic of Tidying Up.

Marie Kondo’s The Life-Changing Magic of Tidying Up hit just about every bestseller list in 2014, and three-million readers changed the way they approached organization. Her decluttering philosophy is simple: follow her method once, and you’ll never be overwhelmed by stacks of paper and jumbles of clothes again. And now she’s expanding her consulting practice (currently only available in Japan) across the world by training converts in the KonMari method.

But becoming a certified Marie Kondo consultant isn’t easy. There are five steps, the first of which is maybe the hardest: declutter your own home to meet Kondo’s strict standards. Then, attend a three-day, $1,500 training seminar (the first North American one sold out in less than 48 hours), then complete 10 5-hour practice sessions (50 hours minimum) with at least two different clients and document the work in written reports, then take an online test and then, finally, submit a $500 application to become certified. (P.S. Kondo’s website clearly states that not everyone makes it through).

Vancouver resident Marina Ramalho was part of the first-ever group of non-Japanese trainees. Just last week she became fully certified, making her the first person in Canada who can organize your home to Marie Kondo’s standards. She spoke to Chatelaine about the process.

Related: The Marie Kondo organizing tips we still swear by

How did you get into decluttering?
In my twenties I traveled the world as an au pair so I had to be conscious about what I could actually carry. My entire world had to fit into two suitcases, so it made me mindful about what I own. When I came to Canada eight years ago, I had those two suitcases. A few years later, I had a two-bedroom apartment filled with stuff. I read the book and was so inspired that I went through my entire house in 10 days. I was an immediate convert. 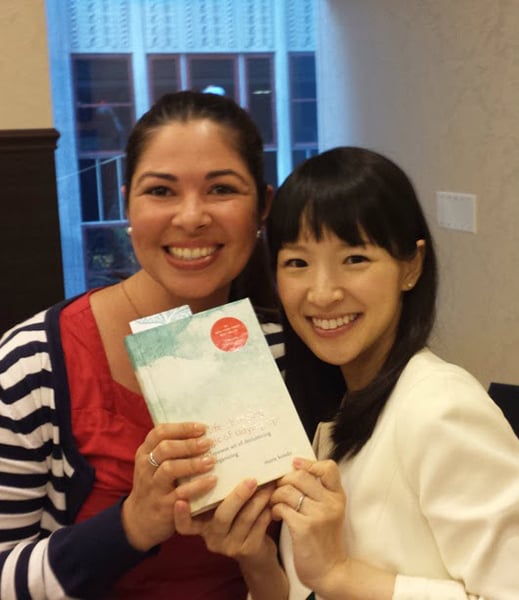 Marina Ramalho and Marie Kondo in New York this summer.

What was that process like?
It was quite intense. You find out just how much junk you actually have. I had a capsule wardrobe, so I thought my wardrobe was fairly edited, but I still donated four big garbage bags of clothes. My partner and I donated over 80 books to the Vancouver Public Library. We got rid of three garbage bags of shredded paper. Getting rid of paper was the most liberating thing. I didn’t realize I had so many documents that I didn’t need any more, like bank statements from eight years ago. Now if I need anything, like my passport, I know exactly where it is — in the file that says “documents needed indefinitely.”

Kondo says that once you go through the KonMari method, you never have to organize again. Did it work?
It definitely did, which is so interesting to me. Now, even in a week that we’ve been busy and haven’t had time to fold laundry, in half an hour we can straighten the house because everything has a place now. We know exactly where everything goes. It has freed up so much time, and I’m happy to come home at the end of the day.

What was the training like?
Marie Kondo was there the first and last day. She has this glow about her — she’s so calm and just seems at peace. Most of the actual training was conducted by one of her first apprentices who is now the president of the KonMari association in Japan. The training prepares you for situations you might encounter as a consultant. There was a lot of theory, but also folding demonstrations. We could bring what we thought was the most complicated item to fold, and she would help us.

How do you deal with deeply sentimental clients?
Books are a big trigger for a lot of people. I had one client who loved his books and was super anxious about [organizing them]. When we pulled everything out, he found an atlas from 1976. What Kondo recommends, and what I tell all my clients, is to pick your top five books, your hall of fame, and compare any other book to those top five. Do they give you as much joy? I picked my seven Harry Potter books and it was so much easier to decide which books I would pick up to read again and which ones I wouldn’t.

How many shirts have you folded in the last year?
A couple thousand, for sure. My new favourite thing to do on weekends is Netflix and fold.

More:
How to make natural homemade cleaners
Pantry cleaning checklist: What to toss, keep and store
The 40 best home decor tricks you need to know