Considerations of a custom kitchen renovation

Kitchen renovations are rarely quick and easy, but as Jacob Richler found out, the results are worth the wait. 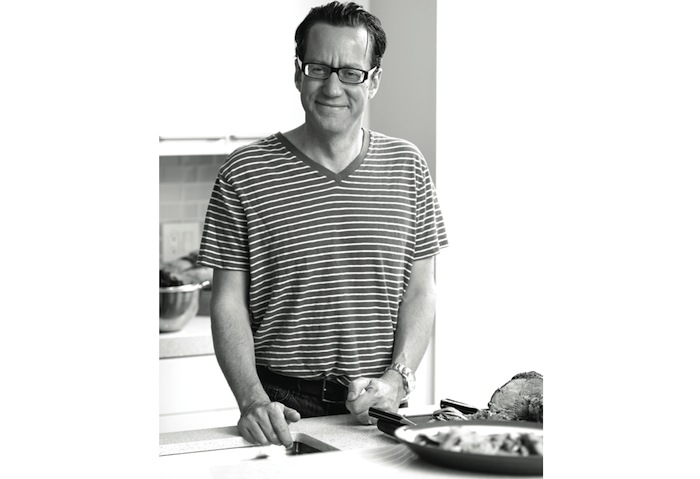 I am in charge of the cooking in my family and I do a lot of it. So, late in 2006, barely a month after we all moved into a dream house overlooking a quiet park in Toronto’s Cabbagetown, I decided that there was no good reason for me to be doing it in a galley kitchen, cut off by an unnecessary wall from the family and friends invariably gathered at mealtime in our open concept main floor.

So our first kitchen renovation was a no-brainer and a cinch — but because of the recent house purchase, the wall had to go cheaply. It did, thanks to a dear old friend of mine who had ridden his degree in philosophy from McGill all the way to a career in bricklaying and construction. In one weekend, and for the price of $1,000, cash, and several cases of beer, Arne demolished the upper half of the wall. While doing so, he ingeniously preserved and utilized the part of it that had served as the counter-matching marble backsplash, which the wall had previously concealed. Now we had a bar overlooking the kitchen. 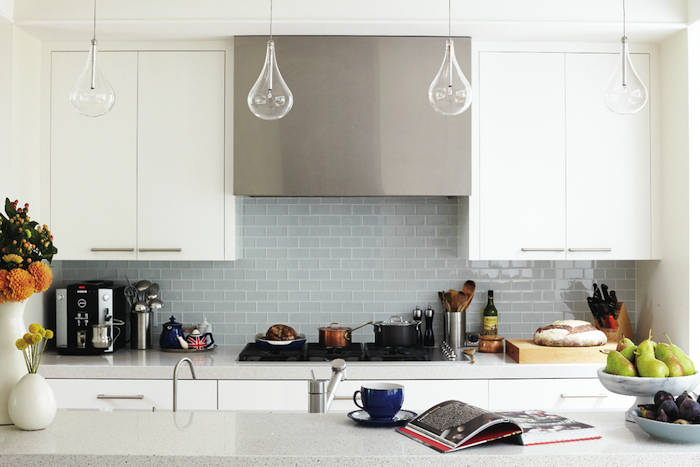 Open bar: A bar-height counter on the dining room side of the kitchen allows for relaxed eating and provides a spot for guests to watch Jacob cook without getting in his way. (Photo, Sian Richards.)

The new layout was a hit; it changed an open concept living space with a superfluous seating area into one where a front living room and rear dining room were divided and anchored by a bar at which to graze and drink. A further modest investment saw the old appliances displaced by some cheap but flashy new ones. And at that, everyone was happy for a time.

At which point I should explain what I mean when I say that I do a lot of cooking. I work primarily as a food writer — and sometimes as a restaurant critic. So there are periods when I must dine out a lot. But when neither work nor travel demands it, I actually dine out very seldom. This is partly a product of restaurant fatigue; but really it is because I genuinely enjoy cooking. I find it relaxing and fulfilling — and working from home makes it easy to put the time in when you need to. 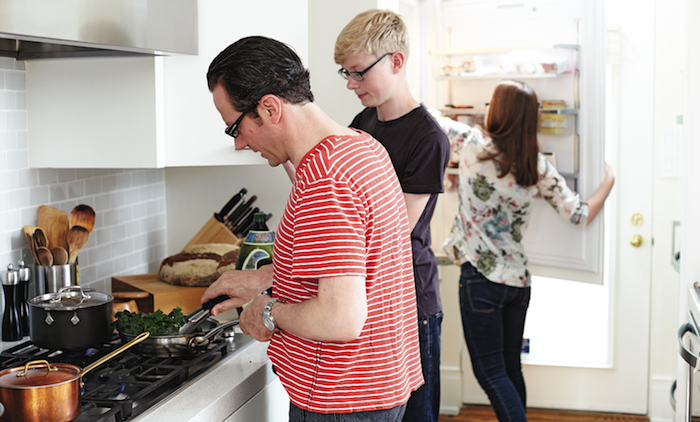 Family style: Jacob and his kids, Max and Simone, whip up a meal. (Photo, Sian Richards.)

On weekdays, when cooking for mere pleasure and sustenance, I try to keep things simple. Alas, I am prone to sudden culinary cravings that I am not much good at ignoring. So more often than not I head off to the fishmonger’s with plans for a 15-minute dinner of crisp-skinned sea trout with wilted spinach, wild rice and a wedge of lemon, and instead I end up slow-poaching halibut fillets to serve with champagne sauce, pommes soufflées and a medley of a half-dozen vegetables. On special occasions I am especially hope- less: At Christmas, for example, rather than put one roast on the table, I favour three — one of them a boned goose with a pork-sausage farce and cognac-and-orange-infused jus.

How I managed this in my old kitchen I am no longer sure. It lacked counter space badly. And the counter that was there had inexplicably been installed at a height two inches shy of the 36-inch norm; crouching over it made my back sore. But I still had two convection ovens and six gas burners, complemented by an outdoor gas barbecue and rotisserie, a large Big Green Egg and a charcoal-fired tandoor, so I managed. 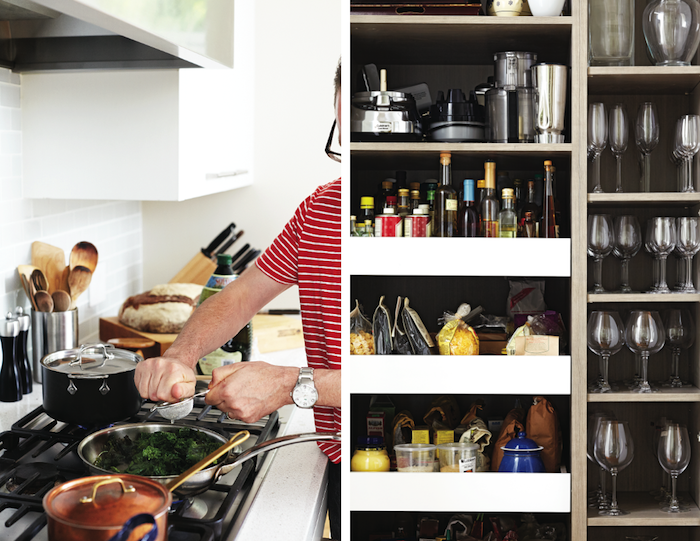 Then, in the summer of 2009, my friend Mark McEwan contracted me to test and write the recipes for his first cookbook, Great Food at Home. Over the following five months I produced 100 of his restaurant recipes in my kitchen — as well as 70 or so others, every last one of them new to me. Then I did it all over again for his next book, Fabbrica. The workout left my kitchen a right mess: The counter was scuffed and sagging, cupboards and drawers were losing their fascias, and my appliances had all broken so often that one day, when I rang up my go-to repair service for yet another emergency house call, the receptionist told me to stop being stupid and go buy something new instead.

And it was around then that I visited some old friends who had just finished a complete kitchen rebuild. It was clean and bright and lovely. While their layout was nothing like mine, there was one inspired element of the set-up that seemed readily transportable to my place: massive four-foot-wide utensil drawers, full of small dividers, that opened to reveal every last one of their kitchen implements arranged in logical clusters. Equipped thus at home, I would never again have to open six drawers, one after another, rummaging around in the mess inside, muttering, “Where’s the bloody pasta wheel gone?” while guests looked on in horror and amusement. I was instantly crazed with envy.

“Who built these for you?” I demanded. 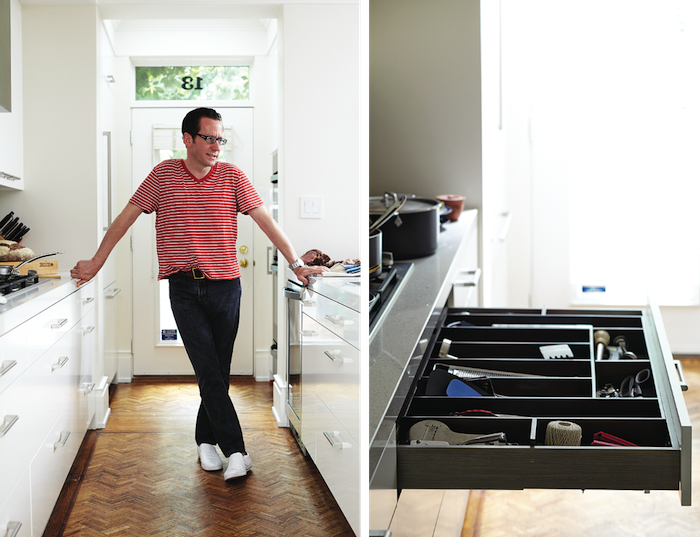 It turns out that good cabinetmakers are in high demand and so command both inflated prices and long wait times. But my friends’ was not greedy and worked exclusively for one Toronto contractor, who in turn made himself promptly available to one Toronto designer, Simon Rowlands. Within a few weeks he was over at my house sizing things up and listening to my dreams (La Cornue Grand Palais cooker, walk-in fridge, smokehouse) and my requirements (more counter space, light, esthetic cleanliness). One modest cheque and a few weeks later, he had a plan. Well, plans, actually — real blueprints.

In my original set-up, my cooktop was flanked by ovens and a fridge, with just six useless inches of counter in between. Rowlands proposed leaving the cooktop where it was but adding three feet of counter space to either side of it by removing the fridge and the ovens. The former could instead be built into cupboard space on the existing wall at the rear of the kitchen. And the ovens could move in opposite, filling in a second and unnecessary kitchen doorway. Bookshelves for my cookbooks could be created on the back side of that, dispensing with most of the clutter. And a split, staggered counter could provide me with the correct counter height on my side, and others with proper bar height on the other. New ducting and a custom vent hood would cure my ventilation issues. And the rest was just details. 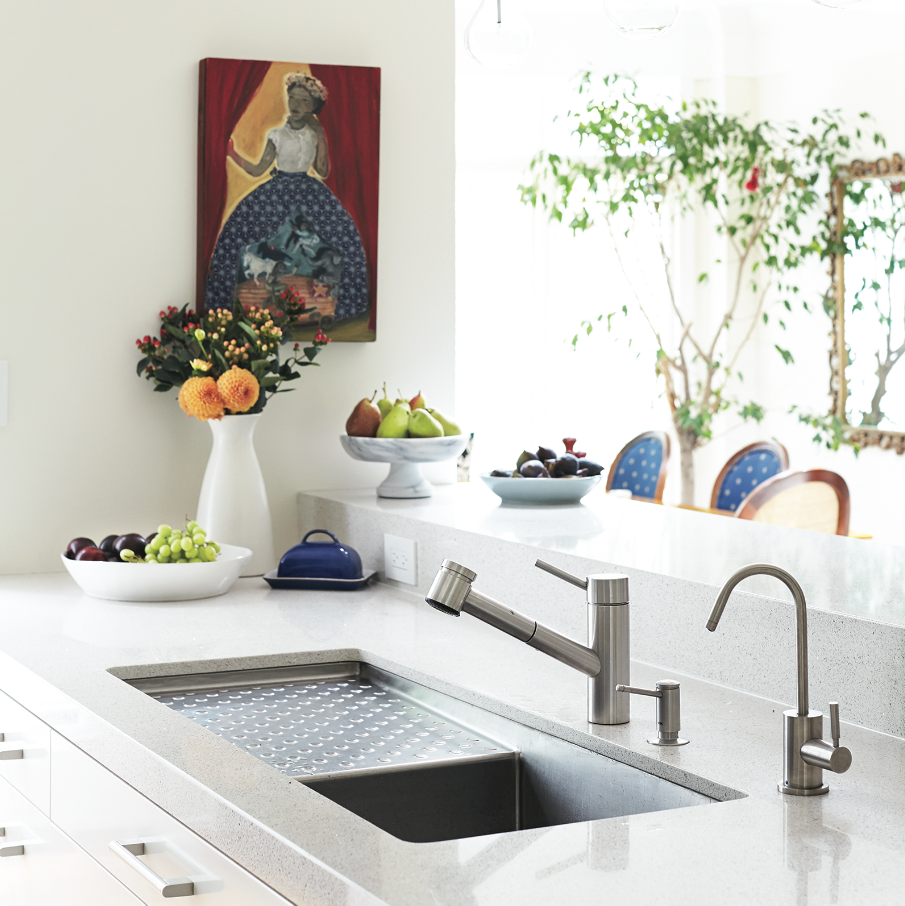 I actually enjoy the details. I chose Caesarstone for the countertops, which is both heatproof and good for rolling out pasta and other doughs. I got the stainless steel fabricators Sanimetal in Quebec City to make me the same stylish kitchen sink they had provided another finicky cook named Thomas Keller. And, seduced by my experience with German build quality, I splashed out on new Miele appliances.

Naturally, the renovation experience was utterly horrific. And while cost did not surpass quote as much as feared, the completion of the job did extend well beyond the conventional expectation of double the contractor’s time estimate. But so what? It’s all over now, and I got the exact kitchen I wanted. I cook better in it because I’m more comfortable and happier there. The same goes for the family and guests seated at the bar. Which is success, by any measure.