A real-life Art Attack for grown-ups, Art Battle is a monthly painting competition where speed is of the essence. 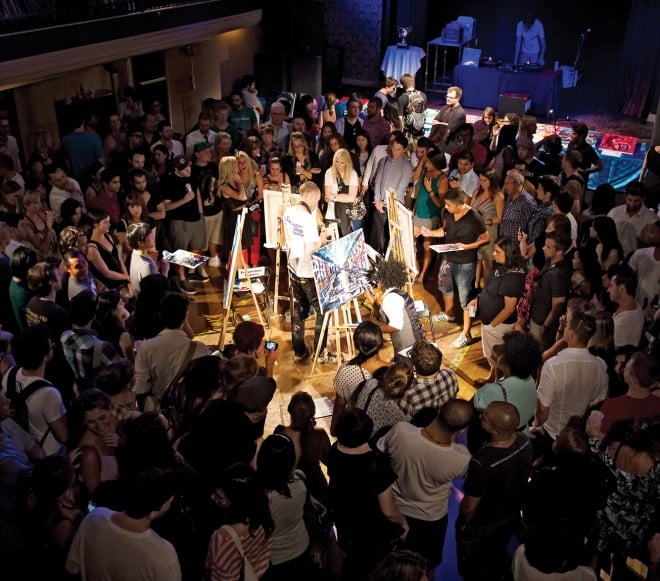 What: A real-life Art Attack for grown-ups, Art Battle is a monthly painting competition where speed is of the essence.

Why: Being a part of culture has never been easier or more exciting — just grab a drink and watch the art in action.

How: Easels are set up in the centre of the room, a stop clock is started, and so begins a frenzy of artists painting, flipping and splattering canvases while the crowd circulates around them. At the end of each round you vote for your favourite, and the winners go on to compete in the final. (All finished paintings are put up for silent auction.) Two boys from Markham, Ont., Simon Plashkes and Chris Pemberton (who is a painter himself), started the event in 2009 because, says Chris, “we were just really bad at watching TV and wanted to make our own culture.” (Cue putting down the remote.)

The new season kicks off in September with events in Vancouver, Toronto, Ottawa, Montreal and Halifax.