Would you visit The Happiness Paradigm store?

I have to say, I’m a bit cynical when I see corporations and retail chains incorporate happiness into their marketing campaigns and customer service experiences. (I’m looking at you Coca Cola and PetSmart.) But when I heard about The Happiness Paradigm Store and Experience set to open in the tiny town of Maple Grove, Vermont, well, I had to find out more. 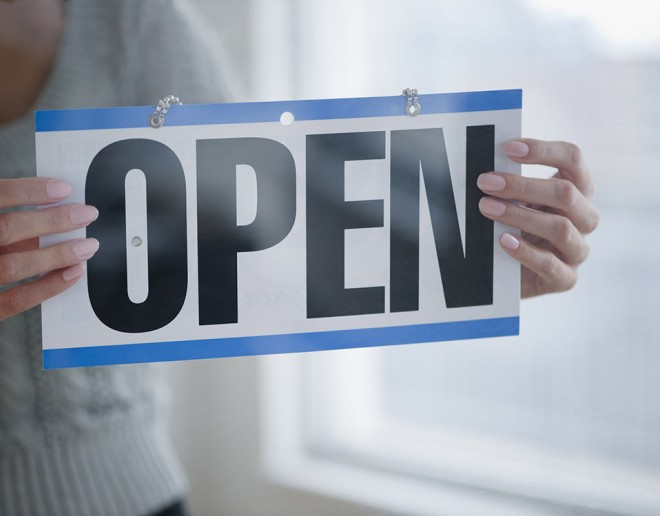 I have to say, I’m a bit cynical when I see corporations and retail chains incorporate happiness into their marketing campaigns and customer service experiences. (You know who you are!) But when I heard about The Happiness Paradigm Store and Experience set to open in the tiny town of Maple Grove, Vermont, well, I had to find out more.

And so I did and was charmed by Ginny Sassaman’s earnest attempt at opening a store based on happiness. The store, which opened last week, was designed to embrace all things happy-related—be it making recycled paper from slurry, discussing happiness, buying a book on happiness, taking a ukulele lesson, start the day with a ½ hour meditation and more.

So what prompted Sassaman to open such a store? “I used to be part of a group in Vermont called Gross National Happiness USA here and we were really pushing to get a kind of a happiness movement going,” says Sassaman, who’s also a self-supporting watercolour painter and artist. “And I found I kept thinking about ways to bring people into the happiness conversation. If you start talking about economics and GDP and happiness for example, their eyes might glaze over. So I decided to open a store.”

That said, Sassaman didn’t want the store to be about money—after all, as regular readers of this blog know, happiness is often falsely equated with wealth. No, instead she wanted to create an “experience” type store over a craft show set up. It was a place where people could learn about happiness, talk about happiness—such as leaving messages on the store’s blackboard about things that make them happy. (Hot chocolate, humour, hugs and bacon were a few of the items written down.) Or even do things to make them happy, such as the group of four women who came into the store on its second day. “These women had heard about the store and the day before, they’d buried one of their closest friends. They were grieving and decided to come to the store for happiness,” she says. So Sassman worked to make a card with each woman out of the paper, and they later took the cards back to their friend’s grave to leave there.”

And women like that are exactly who Sassaman is trying to reach with her experience store. “We can enjoy ourselves and I believe that our problems are so big that if people are depressed and in this unhappy place, they’re not very well equipped to tackle the problem,” she says. “And I also think there are many ways to bring people into the discussion of happiness. Some might come in via a more academic way, but I wanted to find a way to reach just regular people. That’s what I’m trying to do.”