Here's what research says about the relationship between cannabis and fertility, mental health and more. 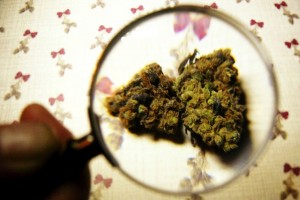 First, there was the news that Ontario’s LCBO stores could stock marijuana once the federal government makes good on its plans to legalize the substance. Now Shoppers Drug Mart wants a slice of the pie: it’s exploring the possibility of selling medicinal marijuana at its pharmacies (and is billing its stores as the “safest” place to buy the stuff). And a Canadian federal court’s decision Wednesday to let private citizens grow their own marked yet another shift toward our increasingly liberalized view of pot.

But just because cannabis use is becoming more mainstream, people shouldn’t lose sight of the fact that marijuana is still a psychoactive drug, says Dr. Benedikt Fischer, a senior scientist at Toronto’s Centre for Addiction and Mental Health and psychiatry professor at the University of Toronto. And any substance use comes with risks to your health.

Despite the work that’s been done on marijuana’s effects on the body, there are few studies to date that specifically examine marijuana and women’s health, and researchers are just starting to look at how cannabis impacts men and women differently. Here’s a sample of what the research says so far:

Its impact on fertility and pregnancy
“There is [evidence] that there may be risks for reproductive systems,” Fischer says. The American College of Obstetricians and Gynecologists has stated that women should be discouraged from using marijuana during preconception, pregnancy and lactation. It notes that while there are limitations to the research done so far, there are worrisome trends that suggest a risk to fetal development. Some studies have linked marijuana use to lower birth weight, and mild developmental abnormalities (including vision problems shortly after birth and a noted increase in seizure-like symptoms. Those studies, however, did not determine causation.) And while there are still questions surrounding the direct impact of marijuana use on fertility, some studies suggest that chronic use can lead to reduced sperm count, ejaculation problems and impotence in men.

The effect on the body
Studies have found women who use marijuana report “significantly” more dizziness after smoking up, have greater changes in blood circulation and seem to have more visual-spatial impairment whilst high. A 2010 review in the British Journal of Pharmacology suggests this may have to do with differences in muscle mass and fat tissue distribution between men and women.

Marijuana and your mood
The same review found women are more likely to use marijuana to ease anxiety. But one Australian study, which followed 1,601 students, found those who used marijuana at least once a week when they were 14 or 15 years old were twice as likely to develop depression seven years later. Young women who smoked pot daily were five times as likely as non-pot smokers to develop depression in that same period of time. A 2013 Columbia study found women who had a cannabis use disorder were more likely to suffer anxiety and depression and were at a greater risk of “externalizing disorders” or acting out. Dr. Fischer cautions, however, that we shouldn’t make the leap to thinking marijuana use leads to anxiety or depression. “A lot of people with depression self-medicate with marijuana rather than the marijuana causing depression.”