Why you're happiest at age 33

Thirty three. That’s the magic age people are happiest at, reports a survey conducted by the U.K. site Friends Reunited. The site surveyed people over the age of 40 and concluded that age won out in happiness over other suspect years, such as the university years (as favoured by six percent of the respondents) or in childhood (selected by only 16 percent as the happiest time in their lives). 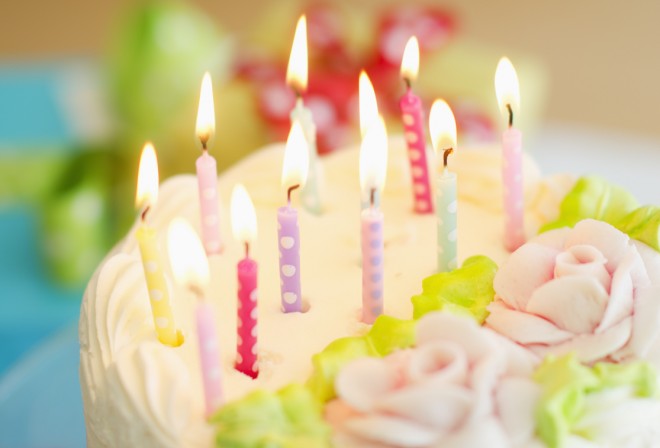 Thirty three. That’s the magic age people are happiest at, reports a survey conducted by the U.K. site Friends Reunited. The site surveyed people over the age of 40 and concluded that age won out in happiness over other suspect years, such as the university years (as favoured by six percent of the respondents) or in childhood (selected by only 16 percent as the happiest time in their lives).

Why 33? As London-based psychologist Donna Dawson notes in the site’s press release, “The age of 33 is enough time to have shaken off childhood naivety and the wild scheming of teen-aged years without losing the energy and enthusiasm of youth. By this age innocence has been lost, but our sense of reality is mixed with a strong sense of hope, a “can do” spirit, and a healthy belief in our own talents and abilities. We have yet to develop the cynicism and world-weariness that comes with later years”

I wanted to hear more — as in from someone who is 33 years old, to get their perspective. Meet Heather Ball, a 33-year-old writer and editor based in Edmonton. Not married and without children, she’s been with her boyfriend for four years now and is close with her two sisters, who are based in Ontario.

Q: How would you describe the 33rd year in your life?

A: My 33rd year was a busy one — in a good way. After having surgery when I was 32, this was the year I had to rebuild my body and get my strength back, so I really focused on my health and learning to be mindful and in the moment . . . new concepts to me! This year, I’ve been able to start doing things again that I used to love but was too sick to do, such as running. I’m definitely stronger. Also, I became an aunt for the first time, which is amazing!

Q: How did this year compare to years past?

A: When I was 29, I moved away from Ontario and my whole family to come out west and see what life would be like out here. It was very difficult, and I’ve spent the past few years trying to adjust to being so far away from everyone.

Since I moved to Edmonton, each year has held big, scary changes, such as getting a new job, buying my very first home — all by myself — dealing with health issues and major surgery. This year I’ve found a good rhythm with my job and my health.

Q: One finding the survey cited was that the 33rd year was more fun and people were optimistic about the future. How do you feel about that?

However, I’m seeing that a lot of stressful crap is finally out of the way, and I’m able to relax more. I’m no longer working entry-level jobs, I’ve been able to save up some money for the future, and I’m actually building equity instead of renting! This year has been really fun, but I’ve discovered that my idea of “fun” isn’t quite what it used to be. I have no interest in staying out late or partying like I used to. This year I’ve had so much fun getting up early and going for hikes, or planning a kitchen renovation, or trying a new recipe.

I’m definitely better able to face things that used to scare me. Everything used to intimidate me, but not so much now. I feel like I know what I’m doing in life. I guess I’ve naturally come to a place that’s more about self-acceptance.

Q: How do you see the future?

A: I think about how different my life is now, compared to even one year ago, and I’m excited thinking about how different it will probably be next year. There are always new things on the horizon, and I love thinking of all the surprises life holds. Now that I’ve seen how much it’s possible to improve yourself in a short time, I want to keep getting better and hopefully wiser.