Four things we learned about fitness and life from author Jesse Itzler — and the Navy SEAL he impulsively invited into his home. 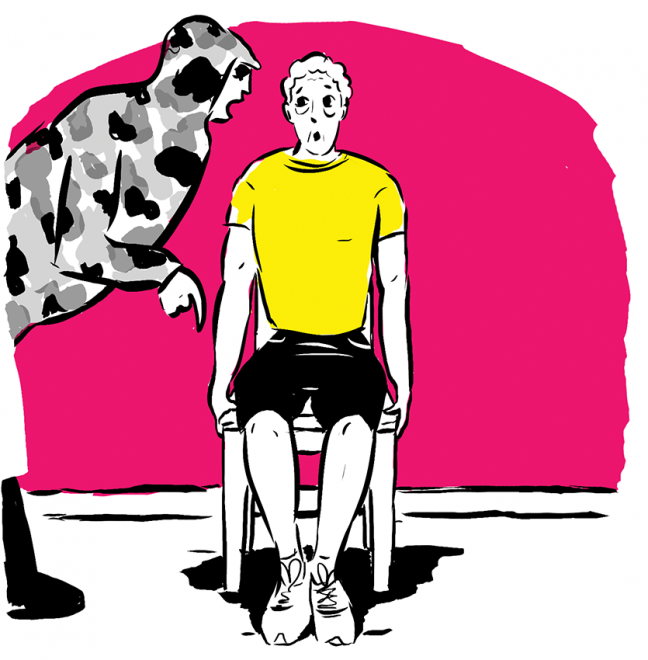 1. Fitness is approached differently by the 1 percent.

When average folks want to amp up their workout routine, they try a CrossFit class. Not Jesse Itzler. The one-hit ’90s rapper (“Shake It like a White Girl”) is now a successful entrepreneur who co-founded an Uber-like private-plane company and is married to the founder of Spanx. His overflowing bank accounts make him prone to gimmicky ideas—so to further his ultra-marathon goals, he asked a Navy SEAL to be his trainer and move into his house. The author imagined “SEAL” (who goes unnamed in the book) would be his “Mr. Miyagi”: a sensei who fine-tunes his body, mind and spirit.

SEAL’s first order of business was to get Itzler out of his (swanky) comfort zone. He expected Itzler to run outside in freezing temperatures and do more push-ups in a day than the average person does in a year. He scoffed at stretching and demanded that Itzler continue to train despite injuries. SEAL believed that training is not about what you do but the conditions in which you do it. He instructed Itzler to spend the night in a chair, to make sure sleep deprivation was a part of his early morning run. In the end, Itzler took 1.7 minutes off his per-mile pace and went from clocking 40 miles a week to 100. “I’ve never been stronger, faster, or mentally tougher,” Itzler writes. “But getting in supreme shape was only a part of what SEAL did for me.”

On day 20, Itzler asked SEAL, “What do you think about when you’re running?” The answer was, “Finishing.” He realized that SEAL is able to “block out all the clutter in his head, and the world, and just focus on the task.” At a New Year’s Eve party, notes Itzler, the ultra-rich shared goals such as “Move to California wine country.” SEAL’s resolution? “I’m going to do the same shit I’ve been doing. Only I’m going to do it better.” Itzler was inspired and claimed he was done with stunts. “I don’t need these manufactured challenges.” 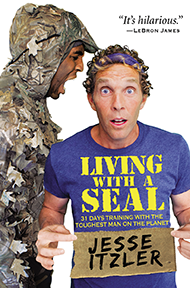 Toddlers and SEALs have an astounding amount in common: They don’t like surprises, bark orders, don’t care that you’re tired, wake you up at 2 a.m. with outrageous demands and are impossible to shake. Any parent can relate to Itzler when he writes, “The only real time I had alone today was when I went to the bathroom. It might have been the best five minutes of my day.”