Would you risk your life for a friend? 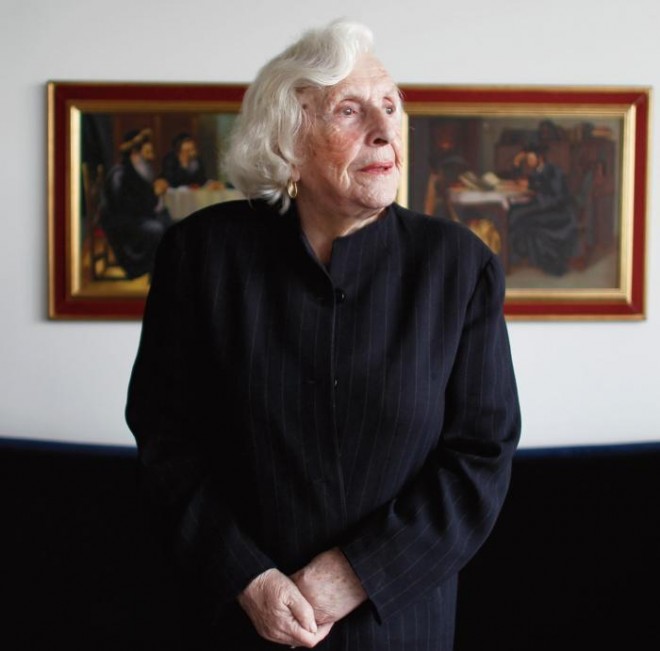 Peter Power/property of The Globe and Mail

I have a number tattooed on my left arm. I got it when I arrived at the Auschwitz concentration camp at the age of 18. Soon enough, I would learn first-hand that people are capable of terrible cruelty. But I also discovered that goodness can survive even in the darkest of places.

The Nazis needed young people like me to work, so I was selected as a slave labourer at a munitions factory near the Auschwitz main camp. Each morning, I was woken at 5 a.m. and given a piece of bread to eat. Then I was marched with about 200 other women to the factory. We wore blue-and-grey-striped prison uniforms and were under constant watch by armed guards.

Each day, it took a miracle to survive. If you looked too skinny or sick, you were sent to the gas chambers. More than a million people were killed there. My motto was “May tomorrow be no worse than today.” My only dream was to survive to see another morning.

I became very close to some of the girls in the camp. They were from small cities and bigger cities, from Poland, France and Germany. If someone stole a piece of bread, we would all share it. One day, I mentioned to one of the girls: “It’s my birthday in a few days – I’m going to be 20 years old.” At the time, it seemed old.

I forgot about it. But on December 12, 1944, I was sitting at the factory work table when I noticed something moving toward me. It was being passed from hand to hand. As it got closer, I saw it was a piece of bread. And inside the bread was a heart. I didn’t understand at first what it was. But later, when it was safe, I opened it up. It was a booklet with pages in the shape of a heart, small enough to fit into your hand and covered with a cloth embroidered with the letter F. Inside, the girls had signed birthday wishes. One wrote, “Freedom, freedom, freedom.” Another wrote, “May your life be long and sweet.” To make it, they would have had to steal paper, scissors, a pen. If they had been caught, they would have been sent to their deaths. But even in that inhuman place, they insisted on remaining human beings. They risked their lives to make me a present.

Auschwitz was evacuated about a month later. Tens of thousands of prisoners like me were sent on a death march. We walked for days and days. People were dropping dead from cold and starvation, or being shot by SS guards if they didn’t keep up. I weighed about 70 pounds and ate grass to survive. But even then I refused to leave the little heart behind. I kept it hidden under my arm. I had lost everything in the war. My parents, my brother and my sister had all been killed. The heart was all I had.

I brought the heart with me when I moved to Canada to start a new life in 1949. To me, it was a reminder of the other Jewish girls in the camp. Some of them never made it out. Some moved to different parts of the world. But these girls would always be like my sisters. Because of them, I felt I was never alone. They were ready to do anything for me, and I for them.

Now I’m 86 years old. I was married to the same wonderful man for 60 years. I am blessed with two terrific children and four grandchildren. Yes, I lived through hell. But I am a survivor. My little heart survived with me. I consider myself the luckiest human being alive.

As told to Ingrid Peritz. Fania’s story has been captured in the documentary Le Coeur d’Auschwitz, by filmmaker Carl Leblanc. It is scheduled to appear this year on Radio-Canada TV.